There are no more places left for what will be the most atypical World Cup in history. 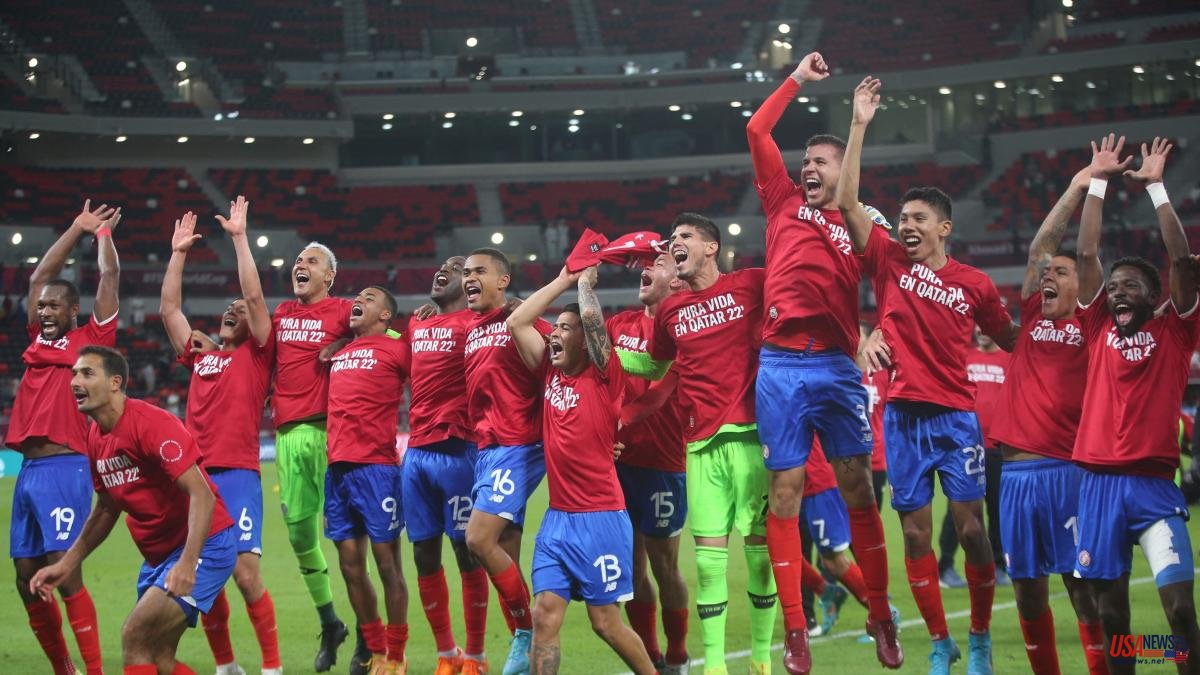 There are no more places left for what will be the most atypical World Cup in history. The last ticket of the 32 available was acquired last night by Costa Rica by defeating New Zealand in the playoffs precisely in Qatar, the controversial venue designated by FIFA that has forced the soccer calendar of the entire planet to be readjusted due to the unbearable heat in the emirate in midsummer.

It will be in November when the ball starts rolling in a country without a footballing soul, with corruption scandals and suspicions in the election. Where human rights (discrimination against women and the LGTBI collective, freedom of expression trampled...) are light years away from what is desired and labor abuses (The Guardian estimated the number of deaths at 6,500) have been a constant in the last years.

Qatar has broken schemes and also traditions. For 60 years, the host country had featured in the opening match. This time, after the draw was held, FIFA decided that the Netherlands and Senegal (African champions), members of the same group as Qatar, would open the curtain at the Al Thumama stadium on November 21.

In that same scenario, Spain will begin its journey two days later, curiously against Costa Rica. The Costa Rican team, still with a handful of experienced players who made history at Brazil 2014 after reaching the quarterfinals – only the Netherlands swept their way with Van Gaal's change in goal before the penalty shootout, as did the Monday Australia against Peru – will participate for the sixth time in a World Cup, the last three in a row.

With the early goal of the globetrotter Joel Campbell –13 different teams in 11 years, including Arsenal, Betis and Villarreal– as soon as the game started in Doha and Keylor Navas' saves were enough (1-0) to unleash the euphoria of a country who stopped for ninety minutes, with permission from President Rodrigo Chaves himself to public workers.

The goal came very soon (minute 3). Campbell took advantage of a low cross from the left and the All Whites' defensive slack to score the only goal of the night. The match was long for Luis Fernando Suárez's team, although they survived the attacks of the oceanic team, angry with the VAR. The technology made it possible to see a previous foul on Wood's goal (disallowed) and the Barbarouses' expulsion. Despite staying with ten, New Zealand tried, but it does not give for more.

In addition to the Central American team, the group of Spain is made up of Japan and Germany, the latter rival with which Luis Enrique's men should fight for first place. The good impression of the selection in the last European Championship and its high competitiveness places it among the candidates to lift the trophy on December 18 in Lusail, although in this edition without a favorite far above the rest.

Except for Italy, there will be the usual ones: the current champion France, Brazil, England, Germany... and of course Leo Messi's Argentina. After lifting the first title with the albiceleste in 2021, it would be the finishing touch to an unattainable career. Last World Cup, last chance.