The harder the fall will be. 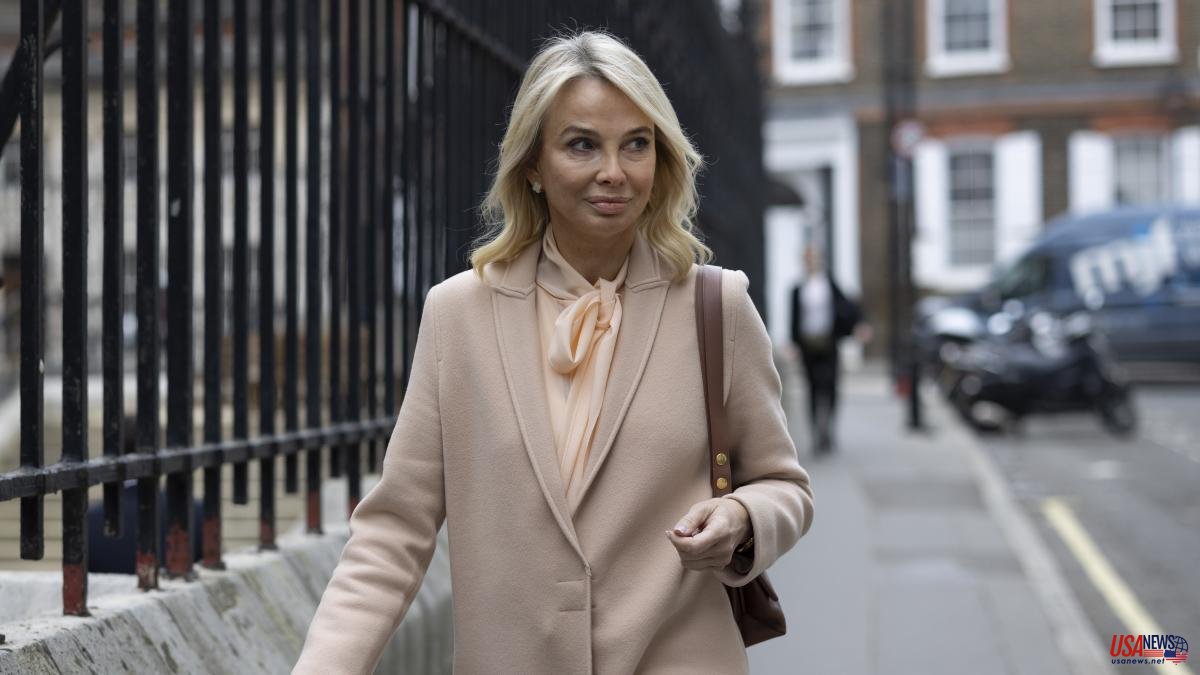 The harder the fall will be. The accident that King Juan Carlos suffered in Botswana on April 12, 2012 was for Corinna Larsen the beginning of her "darkest night", the end of her stage of glory and the beginning of a path that turned her into an outlaw. The fourth chapter of the Corinna and de King podcast, which premiered this Monday on various digital platforms under the title Kill Dumbo, includes the reaction of Philip Atkins, Corinna's first husband, and one of the guests on the safari, who, according to is narrated in the podcast, affirms that everything that Juan Carlos' ex-lover tells, whom he describes as "dangerous and unstable", is false.

The new installment of the podcast is dedicated entirely to the accident of King Juan Carlos in Botswana and the reactions he had in public opinion, including his first public apology upon leaving the Madrid hospital where he underwent surgery. The difference between this chapter and the previous ones is that, for the first time, despite continuing with the radio soap opera style, reliable testimonies are included, such as those of Javier Ayuso, then head of Communications at Zarzuela, and journalist Ana Romero, author of the first interviews with Corinna Larsen and of two books in which her intrigues are narrated. Most notable, however, is the reference to Philip Atkins, the German woman's first husband and father of her daughter Anastasia. Atkins was on the Botswana safari and, when requested by the podcast producers to obtain his testimony, he refused to intervene, claiming that everything that his ex explained, in reference to the safari and other episodes, was false.

They tell it at the end of a chapter, after Corinna, again in a sweetened way and marking distances with King Juan Carlos, with whom, according to her, despite the fact that the sentimental relationship had ended due to her alleged infidelities, she continued to maintain contact by his son Alexander who considered the then king a second father. At the celebration of the boy's 10th birthday, which was attended by Prince Casimir Zu-Sayn Wittgenstein, Alexander's biological father and her second husband, as well as the first, Philip Atkins, and Juan Carlos himself, who promised Corinna's son take him on a safari.

According to her story, Corinna details that, a few weeks later, they arrived at the scene, settling in a camp made up of luxurious tents as hotel rooms. Juan Carlos occupied several and she, another. The disappointment, according to Corinna, is that the safari was not organized for a child but for Juan Carlos and his friends. The German acknowledges that the trip was paid for by Eyad Kayali, a Syrian who took care of the business of the King of Saudi Arabia, a resident of Spain and a friend of Juan Carlos.

Corinna explains that the night of the accident, the king and his friends spent the night drinking Vega Sicilia wine, while she, already in her tent and trying to sleep, heard them laugh and drink. In the narration she makes sure that Juan Carlos was "drunk". The next day she, continuing with her version, found out that the king had fallen at midnight when leaving his tent to go to the next one, where the toilet was installed, and had suffered various injuries. Corinna says that she went to see him and found him having a quiet breakfast, "eggs and bacon", although she did not remember anything.

About to leave for another day of safari, leaving King Juan Carlos resting in his tent, the king's security chief alerts them that the doctor, who always accompanied him, fears that he has internal bleeding and advises that he should be evacuated. immediately. It is there that Corinna takes credit for the decision to immediately seek a medicalized flight to take him to Madrid, but in the end they travel in the same plane in which they had arrived, hired by Kayali, which was parked at the Maun airport (Botswana).

Corinna's account of the trip is grotesque. On the one hand, she explains that the badly injured king was being treated by her doctor on board the device and, on the other, she affirms that he constantly asked for wine without giving importance to his injuries. They finally land in Madrid, on April 13 at night, and take the king directly to the hospital.

Corinna says that she was ordered to leave the scene and that together with her son she settled in a hotel in the center of Madrid. The truth, according to eyewitnesses, is that during the flight and, despite the seriousness of King Juan Carlos's injuries, she spent the entire flight demanding that the plane land first in Switzerland to leave her and her son, plus worried about her situation than about the consequences of the accident on the king, according to what Ana Romero recounted in her book "Endgame".

The next day, while Spain learns that the then King is undergoing surgery for a broken hip after suffering a fall in Botswana, Corinna's name comes to light as a safari companion and close friend. She goes to Monaco, where she has her residence, never to return to Spain again.

Javier Ayuso, at the time press officer for Zarzuela, also intervenes in the podcast, who explains that in the face of criticism for the trip and the plummeting popularity of the king, it is agreed with him that when he leaves the hospital he apologizes to a phrase that has gone down in history: "I'm very sorry, I was wrong, it won't happen again".

Corinna continues explaining that, from Monaco, she finds out about the reactions to the trip and the criticism of her person, which she attributes to the intervention of Queen Sofía. "The world goes after the king's mistress," Corinna says, "but then there was nothing between us anymore. This was not a romantic trip; I would never go elephant hunting."

Corinna denounces that, after the accident, she receives a call from a security company that assures her that they have been hired to protect her, but in reality she feels threatened. The king begins to distance himself from her and a new stage begins in which Corinna claims to feel intimidated, persecuted by journalists. A statement that is doubtful, given that it was not until much later that her whereabouts were discovered and it was she who volunteered to be interviewed by Ana Romero in the newspaper "El Mundo".

Corinna resumes her professional activities and explains that before making a business trip, she is in a hotel with her ex-husband Philip Atkins, whom she also reproaches. At this point, Corinna explains that she woke up in the hotel room at dawn and sees a person by her bed...and leaves it there until next week's episode where she announces herself one of spies.