Corinna Larsen, who has filed a harassment lawsuit against King Juan Carlos in London, has launched an eight-part podcast in which she explains her version of the romantic relationship she had with the former head of state. 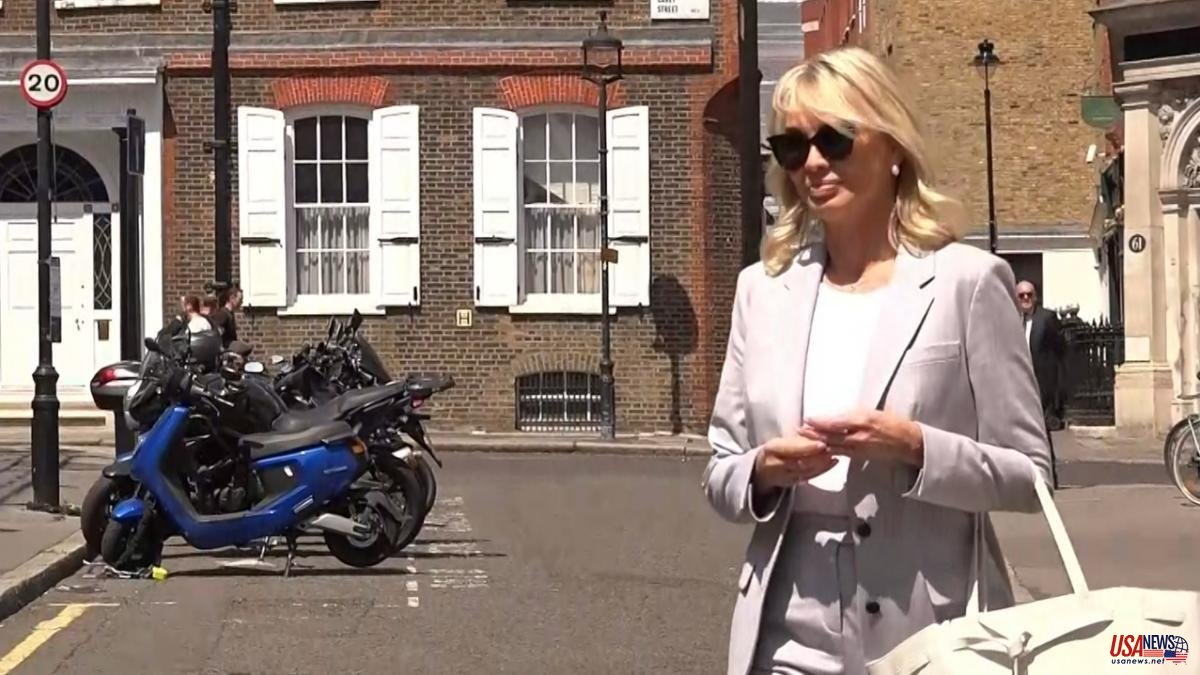 Corinna Larsen, who has filed a harassment lawsuit against King Juan Carlos in London, has launched an eight-part podcast in which she explains her version of the romantic relationship she had with the former head of state. The production, entitled Corinna and the king, was presented this Tuesday in the British capital, coinciding with the proximity of the hearing of the appeal presented, before the British Court, by the lawyers of King Juan Carlos in which his immunity is alleged to avoid be the subject of the claim.

The podcast is scheduled to begin broadcasting, in weekly chapters starting next Monday, through the Apple Podcasts, Spotify, Stitcher, Overcast, Pocket Casts and Amazon Music platforms. After the premiere of the first two episodes, a new chapter can be heard every Monday.

In the first two episodes, entitled La Casita and Vivir deltale, Corinna Larsen explains the beginning of their relationship after meeting, in 2004, at a hunt that took place on a farm in Ciudad Real, to which she went as an expert in armory . Corinna Larsen explains that King Juan Carlos began to send her letters and bouquets of flowers daily, making clear her intentions to start a romantic relationship. La Casita is the name that the friend of King Juan Carlos gave to the house located on the La Angorrilla estate, located in El Pardo, near Zarzuela, where their first meetings took place and which was subsequently rehabilitated so that Corinna would reside when He half settled in Spain.

Beyond the sentimental and morbid details of the sentimental relationship with which attention is drawn to podcasts, Corinna Larsen, as she did when she was accused by the Swiss justice of money laundering, uses production as a strategy in the face of the imminent resolution judgment on the continuation or rejection of the claim of harassment. In Corinna and the king, she again accuses King Juan Carlos and the Spanish intelligence services of having threatened her when, after the sentimental breakup, according to her version, she was subjected to surveillance and harassment so that she could get her to return the 65 million euros that , at the time, the king emeritus had donated to him, as well as documents that could compromise the security of the State.

The broadcast of the first chapters of the podcast will coincide with the hearing, in the British Court, of the appeal filed by the lawyers of King Juan Carlos in which they allege his status as a member of the royal family so as not to be the subject of litigation in the Kingdom United. Although, at first, the judge handling the case denied this possibility, a new magistrate opened the opportunity for a new appeal. The presence of King Juan Carlos at Queen Elizabeth's funeral officially revalidated his institutional position in British territory, as he was officially invited by Buckingham Palace and the Foreign Office, through the Spanish embassy in London.