Corinna closes her podcast comparing herself to Meghan Markle

From fearing ending up like Lady Di to identifying with Meghan Markle. 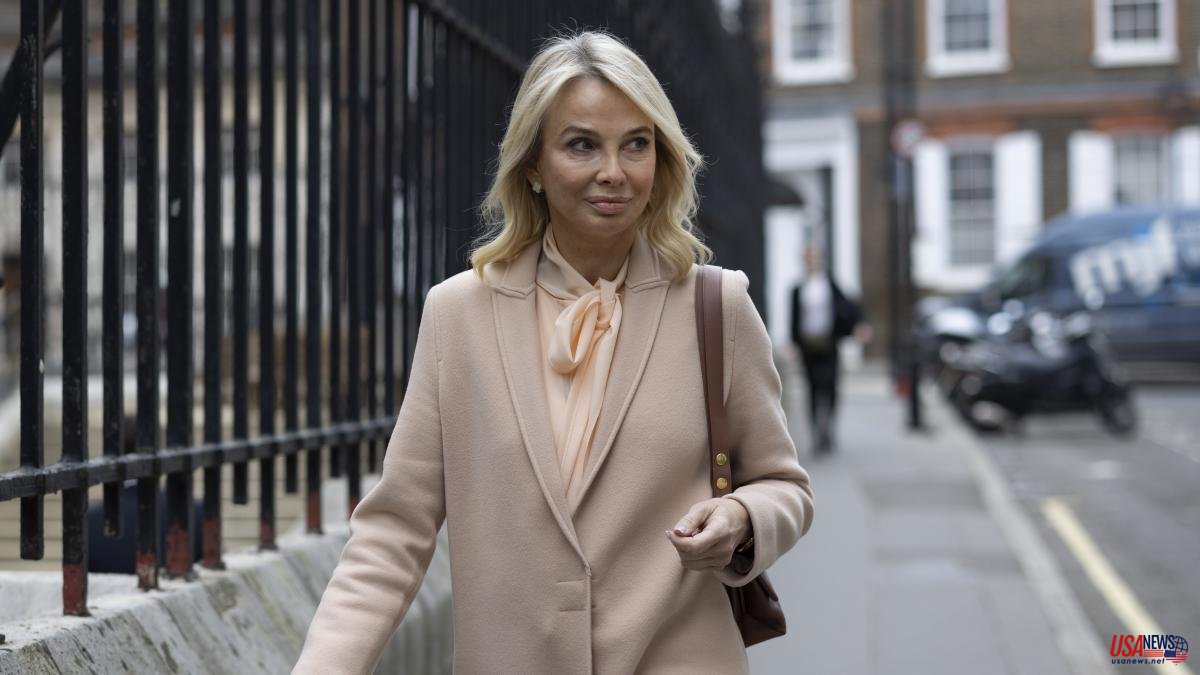 From fearing ending up like Lady Di to identifying with Meghan Markle. Corinna Larsen began her story in the podcast that she stars in, accusing the Spanish secret services of frightening her by leaving her in sight of a book that tells of an alleged conspiracy to end the life of Diana of Wales but, in the last chapter, broadcast this Monday, the former lover of King Juan Carlos is content to compare herself to Meghan Markle and, like the Duchess of Sussex, she presents herself as the victim of a smear campaign.

Corinna says she identifies with the wife of Prince Henry of England, stating that the tabloids and the British press, in general, have been merciless with both. In her case, she claims to be "part of a circus show, a very harmful one in which I was the pony of the show." “For the media, it's much more effective to have a blonde woman criminal mastermind than a group of middle-aged men who have been doing that for decades,” she laments.

The last chapter is titled "Stubborn" in allusion to the character with which Corinna defines King Juan Carlos without it being clear if he is referring to his determination to return to her or to his insistence that she return the 65 million euros that he gave her. .

In the latest installment of "Corinna and the King" a reference to the emeritus king's departure for Abu Dhabi in August 2020 could not be missing, reproducing some of the information that appeared in Spain, including unconfirmed and directly manipulated. Corinna compares Juan Carlos' "luxury exile" with her own situation of being "repudiated" by public opinion, which leads her, in 2021, to speak with a former FBI agent who is an expert in international espionage. He hires her services to, according to her, untangle the plot and clean up her image and, above all, get the United States to unlock her accounts. At that point in the podcast, Corinna recreates a spy story involving the FBI and the US Treasury Department who, according to her, questioned her about an alleged plot to hide the money.

At that time, while she was in a restaurant in New York, accompanied by the conductor Alvise Casellati, whom she describes as "her new suitor", Corinna claims to have been spied on by men from the CNI, although in reality it was a family of Spaniards who recognized her and sent some photographs of the couple to the Spanish digital "El Confidencial", according to the media itself.

After eight episodes, whose broadcast coincided with the decision of the Court of Appeals of England to recognize the immunity of King Juan Carlos until the moment of his abdication, the podcast "Corinna and the King" closes with a summary of what was broadcast. In all the episodes, Larsen has presented herself as a businesswoman, with contacts all over the world and impeccable conduct, who, after her breakup with King Juan Carlos, has been the object of alleged harassment, threats and intimidation that have affected his personal and professional life. In the last chapter, however, Corinna Larsen acknowledges that after the Swiss Prosecutor's Office closed the case open against her, and the lawyers Dante Canonica and Yves Bertossa, it has become clear that the 65 million euros, the Swiss house, its properties in England and even a country estate in Morocco, all obtained during her relationship with King Juan Carlos, are hers.

Corinna explains that, once her goal of ensuring ownership of money and real estate has been achieved, she decides to file a lawsuit for harassment against King Juan Carlos as a kind of last crusade so that her case does not "happen again."

Although the podcast began airing shortly before the Court of Appeals decided on the power of the British justice system to prosecute King Juan Carlos and with the clear intention of amplifying the arguments contained in the harassment lawsuit filed by Corinna, she He claims that his participation in the podcast has been due to his desire to clean up his image. "That my children have everything clear has been a motivation to continue. It helps me find the meaning of getting out of bed and looking at another hundred pages of documents. That they feel that their mother is an honest and decent person who has never lied to them" , it states.

After describing King Juan Carlos as having a "split personality", Corinna affirms that she has no intention of forgiving him: "An apology is always an apology, and it may or may not have merit. But a simple apology does not work in this case. There are ten years of tearing apart a family," he concludes. End.