A great shot by Coquelin from outside the area in the 89th minute unblocked a thick Villarreal, who had many problems to score points at the start of the group stage of the Conference League, after a match of alternatives in which Lech Poznan planted much more battle than expected. 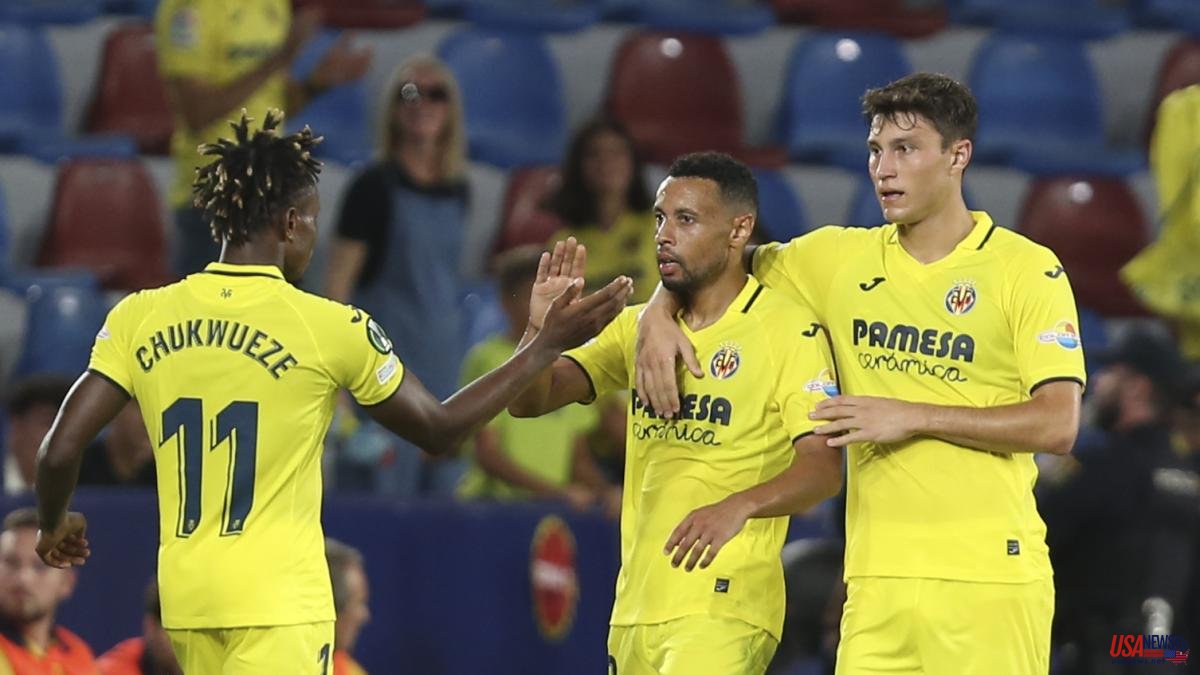 A great shot by Coquelin from outside the area in the 89th minute unblocked a thick Villarreal, who had many problems to score points at the start of the group stage of the Conference League, after a match of alternatives in which Lech Poznan planted much more battle than expected.

Villarreal started losing, took a 3-1 lead at half-time, saw how they equalized in the second half and only secured the points when there was barely time left. The match began with a 0-1 surprise, achieved by Skoras by taking advantage of a defensive error made by the local defense two minutes into the game, which caused an unexpected scenario for a match in which it was considered that the team's superiority local hardly admitted discussion.

Unai Emery's team did not react against the Polish team, which was very orderly in defense and barely allowed space for their opponent, who had not entered the match well, to arm themselves facing the rival goal.

However, little by little Villarreal woke up, taking the pulse of the match with penetrations especially from the right wing, although the equalizer came from a cross from the left by Colombian debutant Mojica that Chukwueze transformed into a magnificent goal.

It was the 31st minute and shortly after, two shots by Álex Baena had changed a hesitant start for a comfortable 3-1 lead when the 40th game was reached. Villarreal had been able before the break to straighten out the course of a game that had started in the worst way and in which, at 2-1, it was saved from a 2-2 draw with a Dagerstal header to the crossbar (m.38) .

The second half started like the first: with a goal from the Polish team. This time it was a penalty after some hands from Mandi, but the goal was not accompanied by a reaction from Villarreal but by a new visitor goal in the sixty minute. Ishak equalized after a great pass from Skoras.

The game had moved away from the presumable script more because of the good work of Lech Poznan than because of the shortcomings of Villarreal, who, although playing with the less usual, had been in control of the game. It was necessary to bring in Parejo and Gerard Moreno to solve the problem against a rival who, without being brilliant, faced the match without any complexes from the beginning and also when they lost 3-1.

After the tie, Villarreal gained a slight advantage in control of the game, but without doing damage to the goal of Lech Poznan, who defended without suffering, although they went out less and less in the direction of the local goal.

It was Coquelin who left, in an agonizing way, the points at home in an alternative match and in which Villarreal suffered much more than expected to add the first three points of the competition.

Incidents: match on the first day of the League Conference group stage played in the City of Valencia in front of 10,385 spectators.