Copenhagen has submitted a formal complaint to UEFA for the treatment that, according to the Danish club, their fans received from Sevilla during last Tuesday's Champions League match at the Sánchez Pizjuán, with a local victory by 3-0. 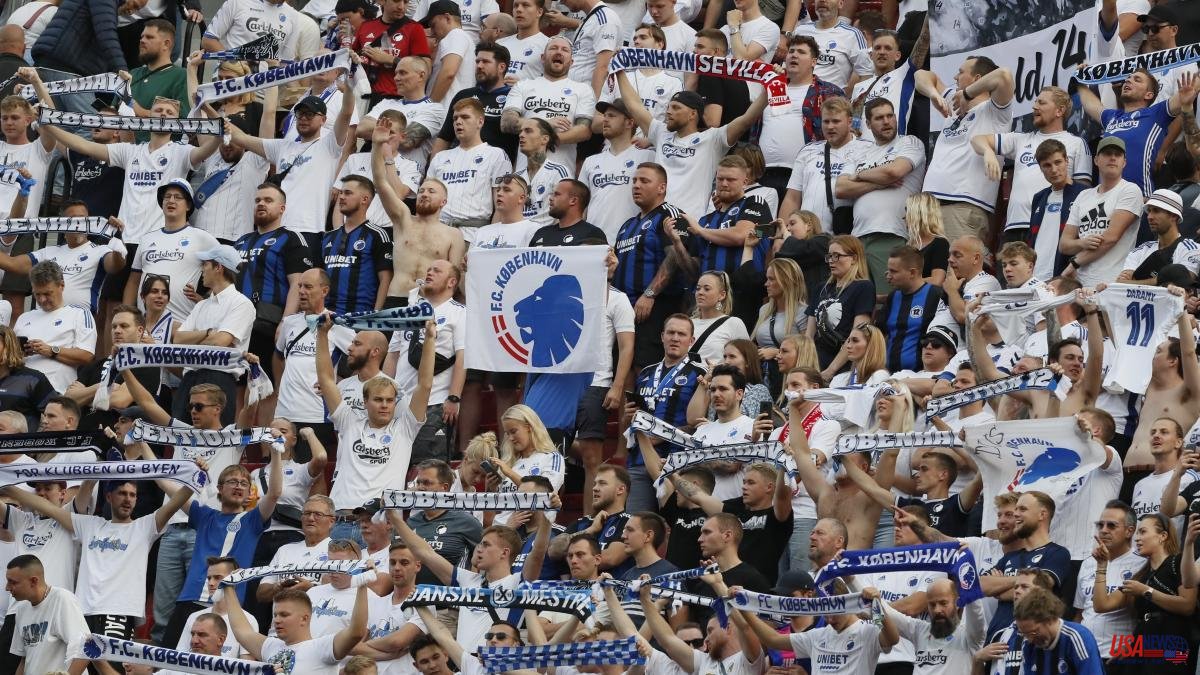 Copenhagen has submitted a formal complaint to UEFA for the treatment that, according to the Danish club, their fans received from Sevilla during last Tuesday's Champions League match at the Sánchez Pizjuán, with a local victory by 3-0.

In a statement published this Friday, the treatment given to the fans displaced to Seville (about 1,500), "by the Spanish authorities and the security personnel" of the Spanish club, was not adequate.

"Copenhagen fans behaved in an exemplary manner before, during and after the game in Seville, but upon arrival at the stadium they were treated in an inadmissible manner by the local authorities and security personnel at the entrance," the letter states. The Danish club mentions "potentially illegal and indecent" searches, as well as that some fans received "harsh" treatment and were victims of "unfounded suspicions".

The tabloid Ekstra Bladet collects the testimony of a Danish fan who denounces that two security guards searched her "higher than they should" and that another put a hand inside her underwear. Another fan declared to that medium that they were treated like "cattle" and that they searched him up to four times, as well as the "hard" treatment of the Pizjuán staff.

"During the last few days we have collected information about the circumstances and now we have sent a complaint to UEFA, urging them to investigate the facts behind an unnecessarily harsh treatment of our fans, who did not create problems in Seville," said Copenhagen.

The match ended with a local victory by 3-0, a result that qualifies Sevilla for the Europa League and leaves last in the group and eliminated Copenhagen with one game to play. That meeting contrasts with the match of the first round, as the club from the Danish capital gave away beer to all the Sevilla fans displaced for that match.