"We look forward to constructive cooperation with the new Italian authorities. 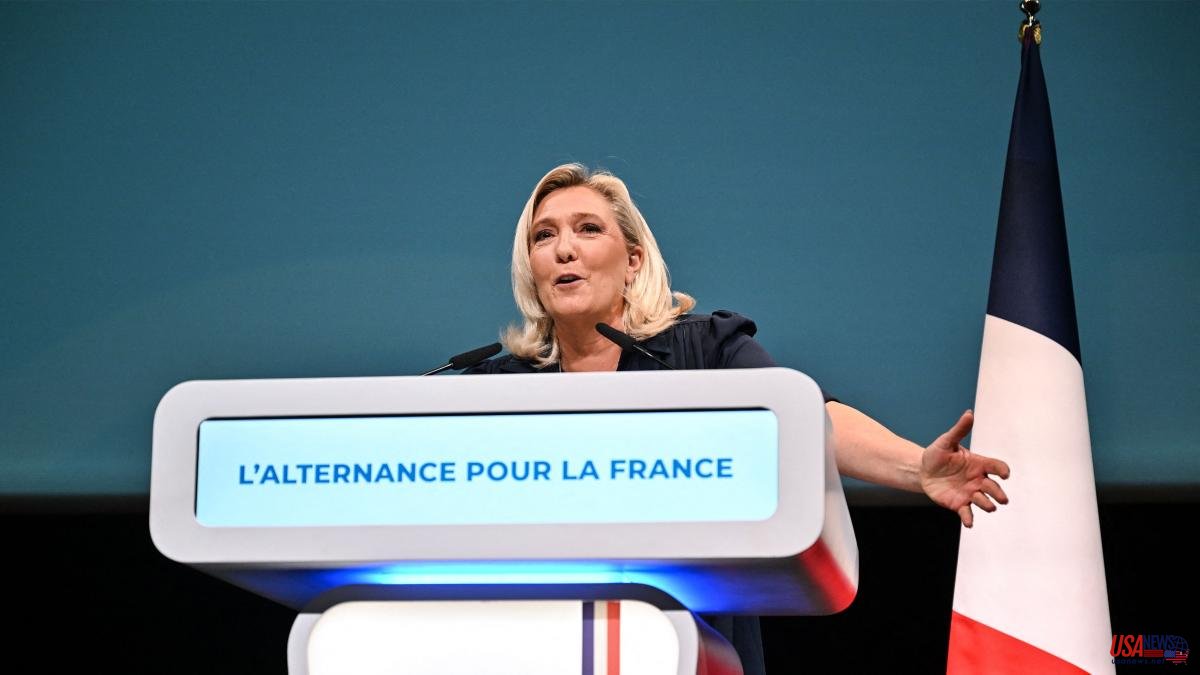 "We look forward to constructive cooperation with the new Italian authorities." This is how the European Commission hopes that the relationship with the new Italian government may be, which, predictably, will have Giorgia Meloni as Prime Minister. Commission spokesman Eric Mamer has refused to assess the meaning of the Italian vote as a protest against the EU. “To see in these elections a kind of judgment on Europe seems to me, in any case, an extreme simplification”, he has affirmed.

The feeling of relief left by the triumph of Emmanuel Macron in France in April has been different from the one that floats this Monday after the elections in Italy, the third largest economy in the eurozone and the founding country of the EU. Shortly after the first results that gave Macron as the winner, the presidents of the Council, Charles Michel, and of the Commission, Ursula von der Leyen, rushed to congratulate him. It hasn't happened this time.

In contrast, the leaders of the French extreme right have rushed to congratulate Meloni. Marine Le Pen, leader of the National Regroupment (RN, former National Front), which won 41% of the vote in the presidential elections, has stated that "the Italian people have decided to resume their destiny by electing a patriotic and sovereignist government". Le Pen has not had an easy relationship with Meloni. The Italian did not ask for the vote for the leader of the RN in the presidential elections and Le Pen is closer to Matteo Salvini, the leader of the League. All in all, the victory of the right-wing coalition is excellent news for Le Pen because she endorses her thesis that the RN can unite the conservatives, breaking the taboo against coalitions with the extreme right.

The founder of the Reconquista party, Éric Zemmour, has welcomed Meloni's success in these terms: "How can we not look at this victory as proof that it is possible to come to power?" The far-right leader, who failed in the presidential and legislative elections, has assured that the Italian people are "proud" and "refuse to die."

The German far-right AfD party has also welcomed Meloni's victory. "Alternative for Germany we congratulate Giorgia Meloni for her election and we wish her to be the first woman to preside over an Italian government," the two leaders of the formation, Alice Weidel and Tino Chrupalla, said in a statement.

The European People's Party has congratulated Forza Italia, a group of which it is a part of the European Parliament and has trusted that the party "will guide the next government towards a path that works in the interests of Italians and as part of a strong and stable Europe ”, the party has said through the networks. On the contrary, the leader of the social democratic group, the Spanish Iratxe García Pérez, has denounced that "Meloni's post-fascism arrives in Italy accompanied by the alliance of Forza Italia, of the PPE, and the League, of Identity and Democracy".

After Meloni's election, the European Conservatives and Reformists party (of which Vox is a member and of which Meloni is president) gains presence among the heads of state and government of the EU. It becomes the third most represented group with respect to its population. As prime minister, Meloni joins Mateusz Morawieki, Prime Minister of Poland, and Petr Fiala of the Czech Republic. Both have already congratulated him.