Conservatives and Labor support technocracy in the UK

In Great Britain, until now, psychiatric patients were asked, to check their state of sanity, and accident victims and athletes who were involved in violent crashes, to determine if they suffered a concussion, who was the prime minister on duty. 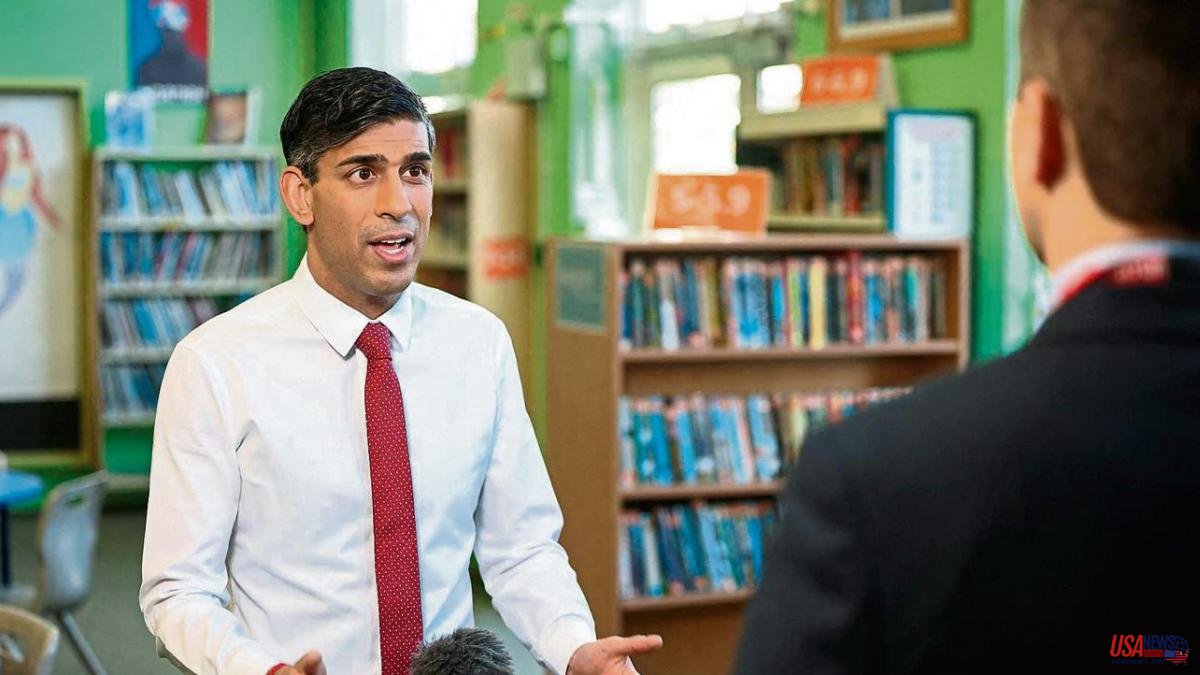 In Great Britain, until now, psychiatric patients were asked, to check their state of sanity, and accident victims and athletes who were involved in violent crashes, to determine if they suffered a concussion, who was the prime minister on duty. Not anymore, because after three in one year, and one of them (Truss) only lasting 47 days, even someone in full physical and mental condition may have lost count.

2023 is the 13th consecutive year of the Tories in power, and that is their big problem. They cannot blame anyone for the country's problems, although some, such as inflation and the increase in the cost of living, respond to global phenomena beyond their control. Their excuses lack credibility. When they say that they will fix immigration or healthcare, they are like someone who repeatedly cheats on their partner and, caught red-handed once again, promises that they have changed and it will never happen again.

Rishi Sunak, the current leader, has, in addition to a lot of money, great confidence in himself and his ability to solve crises. But, with all that legacy in tow, he knows full well that it will take a small (or big) miracle to triumph in the 2025 elections. After the reckless arrogance of Cameron (who called the Brexit referendum), nationalist populism and fireworks of Johnson, the vacuity of May and the suicidal madness of Liz Truss, his bet is technocracy and boredom, the prose of competition instead of the poetry of adventure, risk and destruction. Less romanticism and more elbows. But will it be enough? Twenty points behind Labor in the polls, counting on a win is like a turkey making plans for Easter on Christmas Eve. Mississippi, the poorest state in the United States, already has a higher per capita income than Britain, so it is a matter of managing the decline in an orderly way.

Two years, the ones left before the country goes to the polls, are a long time, and even more so when it is not known how and when the war in Ukraine will end, the evolution of the Chinese economy, and the impact of all this on inflation and growth. But somehow the election campaign got underway this week with speeches by Sunak and Labor leader Keir Starmer outlining his offers.

The Prime Minister has promised to cut inflation in half (it is already expected to happen), reduce waiting lists for operations in public health (huge challenge), increase growth (the last time there was not two years in a row it was between 1506 and 1508, at the end of the reign of Henry VII), lowering the public debt (with no deadline for it) and ending illegal immigration through the English Channel (almost impossible without departing from the European Convention on Human Rights and the UN Convention on Refugees, which prohibits the preventive imprisonment of asylum seekers). The response has been bad, even within conservative circles, which have described the goals as wishful or unambitious, without an ideological vision behind them, like Band-Aids to cure cancer. "We know what needs to be done to fix the country, but we don't know how to do it without losing power," said Jean-Claude Juncker, former president of the European Commission. The Tories are more or less the same.

Starmer, for his part, has stolen from his rival the Brexiter slogan of "Regain control", which in this case means returning powers to the autonomies and local powers, at the expense of Westminster. He speaks of a "decade of national regeneration" after the corruption and incompetence of recent years, and of a responsible government that will not raise the public debt or incur any spending it cannot finance, will forget about nationalizations, will be friendly of businessmen, and his most radical measures will consist of eliminating tax privileges for those not domiciled in the country and adding VAT to private school tuition. The traditional section of Labor accuses him of not getting wet in anything, letting Brexit go ahead, being "too central" without the charisma of Blair or the egalitarian and reformist spirit of Brown. He thinks that he does not have to take risks because the conservatives are going to serve him power on a platter, that the left only wins when it does not seem dangerous.

Britain's Conservatives are as divided as America's Republicans, and crises like the election of President McCarthy occurred several times during the Brexit debates, brought down May and now halts construction of houses and wind power plants , for example. After the crusade of recent years in search of a promised land far from Europe that does not exist, of experimenting with lowering taxes at the height of inflation and flirting with a radical nationalism that has encouraged xenophobia, ruled out moderation and compromise, and attack against the institutions, Sunak is committed to lowering the temperature and trusting in luck.

Life, said the Austrian novelist Thomas Bernhard, is a state of boredom interrupted only by the anguish of the proximity of death. Sunak is boring and Starmer too. Boredom is now playing in UK politics.