With the market gun pointed at his forehead, the British Economy Minister, Kwasi Kwarteng, has been forced to bring forward the presentation of his financial plan, based on cuts, by almost a month to cover the hole left in the coffers of the Treasury for the energy aid plan and the reduction of taxes. 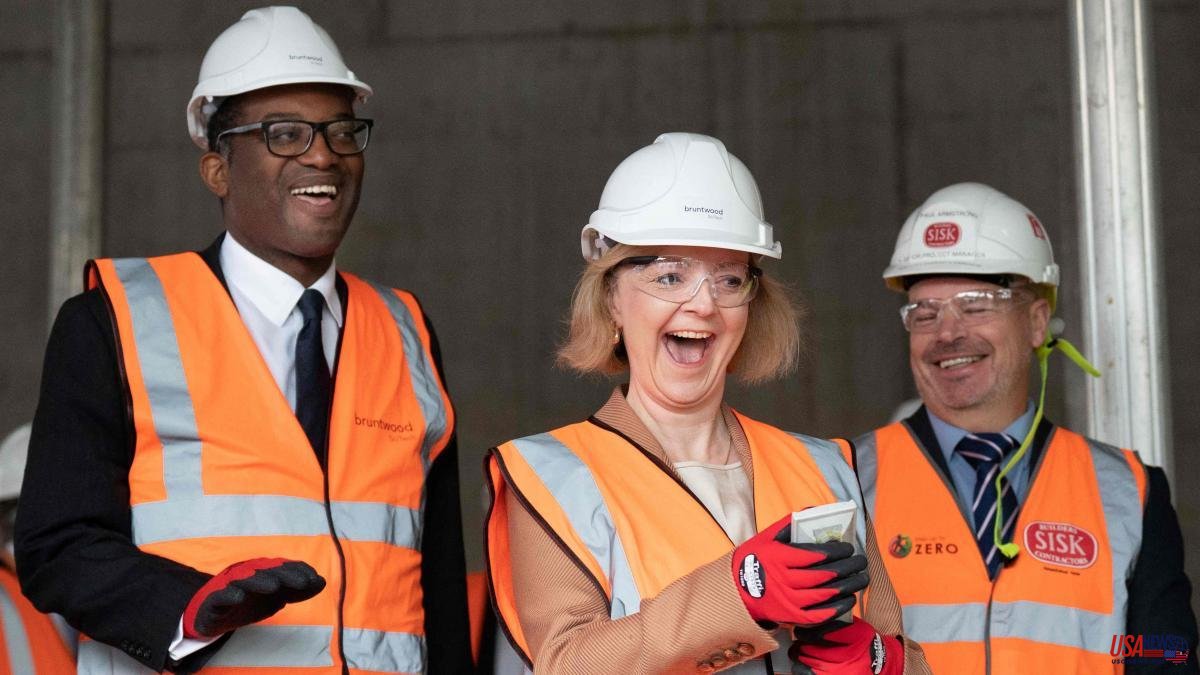 With the market gun pointed at his forehead, the British Economy Minister, Kwasi Kwarteng, has been forced to bring forward the presentation of his financial plan, based on cuts, by almost a month to cover the hole left in the coffers of the Treasury for the energy aid plan and the reduction of taxes. The announcement will be on Halloween and it is not ruled out that it will become a horror story, because it will be accompanied by the report from the Accountability Office on the health of the State accounts.

The long-awaited announcement will be made a few days before the Bank of England says how much it will raise interest rates to try to curb inflation and the fall of the pound, which has stabilized but remains weak in the money markets due to the doubts it inspires the Truss Administration's economic strategy (drive economic growth at all costs, lower taxes and usher in a new era of austerity).

The hope of the Government is that the cuts in the budgets of almost all the ministries that Kwarteng will propose inspire enough confidence in investors so that the increase in rates is moderate, and in this way the cost of mortgages does not rise even more in full cost of living crisis (wages have fallen in real terms in the UK compared to what they were fifteen years ago, before the collapse of Lehman Brothers).

But Prime Minister Truss, whose popularity is rock-bottom, is going to have huge problems selling those cuts to her own party MPs, many of whom are openly conspiring to bring about her downfall, facilitate the return of Boris Johnson, or – more probably – of a figure of unity that stops the hemorrhage of votes ahead of the elections at the end of 2024. Labor currently leads between twenty and thirty points in the polls.

Particularly controversial is Truss's desire to raise social subsidies this year not to the level of inflation (10%) but to the increase in civil servants' salaries (5%), which would mean a cut in real terms of the income of a sector of the population that is going to have trouble this winter to eat and turn on the heating. A section of the Conservatives – including Cabinet members – think it's crazy in combination with cutting taxes on the rich.