The Congress of Deputies has approved this afternoon, in an extraordinary plenary session and in the midst of great tension and constant allusions to the coup d'état of 23-F between the groups that support the Executive and the conservative opposition, the reform of the Penal Code that Eliminates the crime of sedition and replaces it with another of aggravated public disorder, the reform of embezzlement and changes in the organic law of the Judiciary on the renewal of the Constitutional Court. 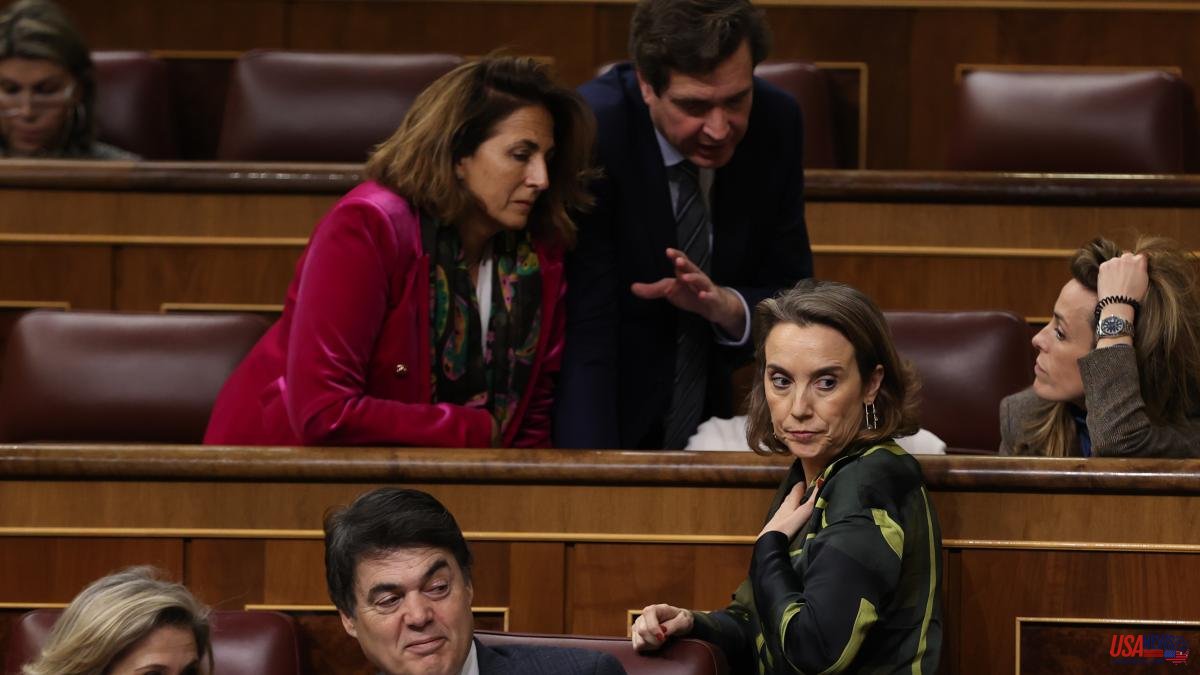 The Congress of Deputies has approved this afternoon, in an extraordinary plenary session and in the midst of great tension and constant allusions to the coup d'état of 23-F between the groups that support the Executive and the conservative opposition, the reform of the Penal Code that Eliminates the crime of sedition and replaces it with another of aggravated public disorder, the reform of embezzlement and changes in the organic law of the Judiciary on the renewal of the Constitutional Court. The reform has obtained 184 votes in favor and 64 against, since the popular group has been absent from the plenary session at the time of the vote.

The spokesperson for Cs, Inés Arrimadas, came to warn Meritxell Batet of her responsibility if she continued with the plenary session, recalling the warning that she made to the then president of Parliament five years ago, Carme Forcadell. An allusion that was answered shortly after by Esquerra's spokesman, Gabriel Rufián, who underlined the seriousness of what was said because Forcadell "ended up in jail."

The spokesman for the socialist group, Felipe Sicilia, has accused the right of endangering democracy "as in 36 and 23-F." "41 years ago they wanted to stop democracy with a tricorn hat and you have wanted to do it with togas but they have not been able to because our democracy is strong," he snapped. "Faced with those who want to stop us, we are going to keep walking," warned Sicilia.

The president of the United Podemos confederal group, Jaume Asens, has described what happened today as "the most serious event since 23-F" and a "riot by the robes of the political and judicial right after highlighting that" the coups d'état they are no longer given with weapons but with lawfare, politically controlled courts”.

Given the allusions to 23-F, and specifically those of the socialist spokesperson, the PP spokeswoman, Cuca Gamarra, has taken the floor to recall that the one who governed then was "the center-right" to applause from her bench. In her intervention, Gamarra has admitted that the Criminal Code or the Constitutional Court law can be reformed “but with guarantees” and has labeled the debate as “demolition of the rule of law. What is broken today is the primacy of the law: that there are politicians who legislate for other politicians who are above the law”. Gamarra has wondered "on which page of Pedro Sánchez's electoral program does any of this appear?"

The Vox spokesman, Javier Ortega Smith, whose group has abandoned the plenary session when Batet has refused to stop it, has branded the plenary session as "fraudulent" in the face of "an unacceptable and disgusting climate of violence and threats from the extreme left members of the Sánchez government against the magistrates of the TC”.

Rufián took advantage of the debate to reaffirm ERC's commitment to end up holding a self-determination referendum in Catalonia. "What we propose is that you vote", Rufián pointed out during his turn to speak, in which he stressed that "you cannot compare the Gürtel or the Lezo (corruption cases) with a self-determination referendum", referring to the embezzlement reform that the Republicans agreed with the Socialists.

For his part, the spokesman for EH Bildu, Jon Iñarritu, has denounced the existence of "ultra sectors entrenched in the powers of the State that are trying to paralyze democratic decisions" and has announced his vote in favor of the reform as "a step to remove the judicial system from political conflict and remove from the Constitutional Court those who should have abandoned it long ago".

Once approved in the Lower House, the reform of the Penal Code will enter its processing in the Senate and will be taken to the plenary session on December 22, waiting for those who can decide the Constitutional Court on its processing. If the TC does not estimate the precautionary measures requested in the sense of suspending the processing and there are no modifications in the Upper House, the reform will be definitively approved.

If, on the contrary, the TC estimated the precautionary measures on Monday, the processing of the bill would be paralyzed, in the state in which it is found.

In the case of the changes that affect the renewal of the Constitutional Court, with the reform proposed by the Government of Pedro Sánchez, only a simple majority of the members will be needed to elect the court magistrates. In addition, the president will have five days from its entry into force to convene the plenary session. If the law is broken, it can lead to criminal responsibilities.

The law of the Constitutional Court is also modified and the requirement of the placet of the plenary session of its magistrates is suppressed to prevent appointments from being blocked from within.

In the case of embezzlement, two new types are introduced: a distinction is made between cases in which there is a profit motive, with the use of public resources for their own benefit or that of third parties (new article 432), and those in which they are not. there is, but there is an incorrect administration of the assets (new article 433). Each of these two crimes carries different penalties: in the first case (when there is a profit motive), the sentence set in 2015 in the Penal Code is maintained, which is two to six years in prison, which, in aggravated cases can reach a maximum of eight years; in the second (irregular non-profit administration), the penalty proposed in the agreement is one to four years in prison and two to six years of disqualification.

Likewise, the crime of sedition is eliminated and a new crime of aggravated public disorder is created. What the text does is, according to the explanatory statement, approach the penal codes of the Spanish environment. The sentences now go to a maximum of five years with a disqualification that could reach eight years.