Pedro Sánchez thinks that his roadmap to defuse the political conflict and rebuild coexistence in Catalonia is well oriented, if it arouses opposition from both the "separatists", in reference to Junts and the unilateral and rupturist independence movement, and from the "separators ”, alluding to the Popular Party and the extreme right of Vox. 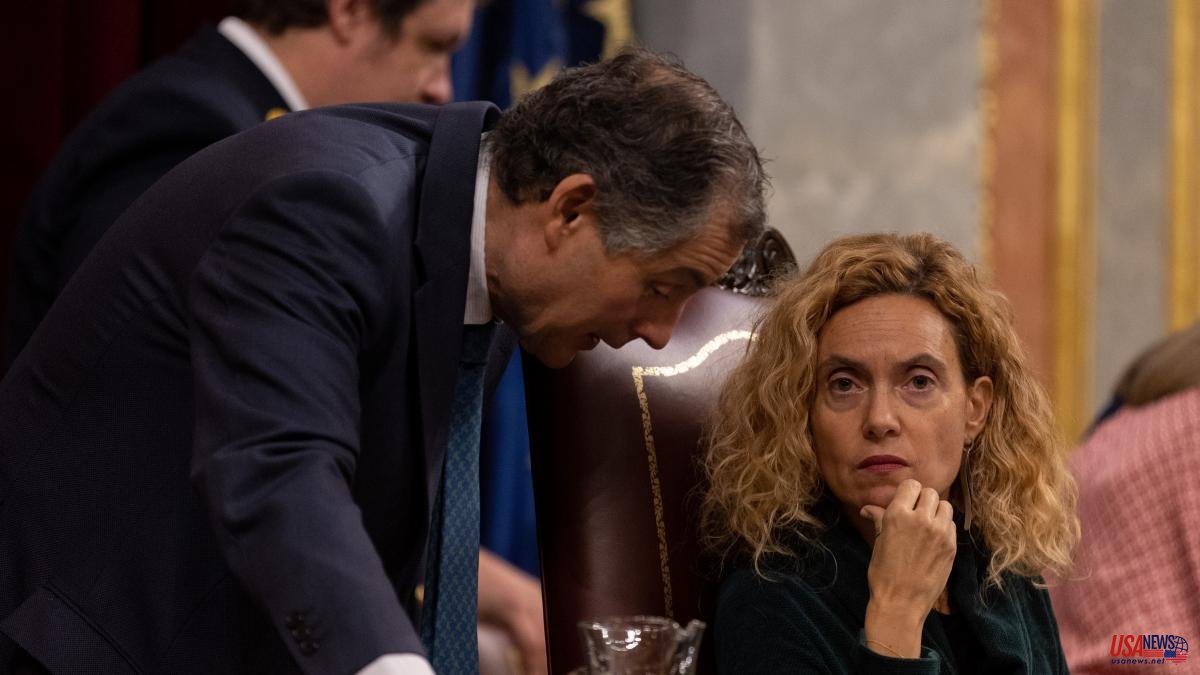 Pedro Sánchez thinks that his roadmap to defuse the political conflict and rebuild coexistence in Catalonia is well oriented, if it arouses opposition from both the "separatists", in reference to Junts and the unilateral and rupturist independence movement, and from the "separators ”, alluding to the Popular Party and the extreme right of Vox. Congress has already approved in the early hours of this Friday, and by a large absolute majority of 187 votes in favor -as has happened with the budget project for next year-, the consideration of the bill registered by the PSOE and Unidas Podemos to replace the crime of sedition with that of aggravated public disorder. Both Junts and the CUP, however, have finally abstained from voting.

The final result of the vote has been 187 votes in favour, 155 ballots against, and six abstentions, those of Junts per Catalunya and the CUP. The initiative will be processed in this way, and urgently according to the Executive's claim.

The vote, by appeal to each deputy, has started precisely with the socialist Inmaculada Oria, who has stood up and announced her affirmative vote. “Here we are all the socialists together, without fissures, yes”, she has proclaimed. At the same time, Pedro Sánchez and the entire socialist bench have stood up to show an image of unity, in the face of the PP's claim to open gaps in the PSOE in this vote.

The bill has been defended, on behalf of the proponent groups, by the Catalan socialist Francisco Aranda and also Jaume Asens, president of Unidas Podemos and the commons in Congress. Aranda has assured that the Socialists "will work hard to give Catalonia the future it deserves". And Asens has labeled sedition as "an obsolete crime" and "a pre-constitutional anomaly." In addition, he has assured that it is not "a betrayal of Catalonia", as Junts denounces, nor "a betrayal of Spain", as the PP, Vox and Ciudadanos claim. “It is a victory for politics”, he has settled.

Asens has also defended a reform of the crime of embezzlement, an initiative that, however, provokes controversy and resistance both in the PSOE and in Podemos, and in other parties of the investiture block, such as Compromís, since it can affect, in his opinion, the fight against political corruption. "We are committed to improving the text in its amendment phase", Asens has pointed out, in any case. Pedro Sánchez has insisted this Thursday on not slamming the Esquerra claim to also review the embezzlement, and has once again summoned the course of the parliamentary process.

The Popular Party, which this Thursday has launched a campaign throughout Spain to denounce this proposal to repeal the crime of sedition, has taken the floor in the debate to underline its absolute disagreement. The popular spokesperson, Cuca Gamarra, has warned that this reform is "an additional provision" of the draft general budget of the State to which Congress has given the green light, by a large absolute majority, just a few hours before. Gamarra has thus assured that the repeal of sedition is "the payment to the Catalan independence movement", executed "at the dictation of Oriol Junqueras and to the measure of the coup plotters". “Fortunately, everything has an end. And that of Pedro Sánchez is closer every day ”, the PP spokesperson has settled.

During the parliamentary debate, in addition to Gamarra (PP), they have positioned themselves against taking this bill into consideration Javier Ortega Smith (Vox), who has denounced "a covert amnesty for the coup plotters"; Inés Arrimadas (Citizens), who has considered it "a blow to the Penal Code and a crime against democracy"; Ana Oramas (Canary Islands Coalition); José María Mazón (Regionalist Party of Cantabria); and Carlos García Adanero (former deputy of the Union of the Navarro People).

In favor of the initiative, in addition to the socialist group and that of Unidas Podemos, Gabriel Rufián (ERC) has been placed in the debate, who has warned that "voting will never be a crime, no matter how they are, stealing is"; Mikel Legarda (PNV), who has celebrated the "rectification of State policy" in the face of the political conflict in Catalonia, after the granting of pardons to the pro-independence leaders convicted of the process; Genís Boadella (PDECat), who has described sedition as an "anachronistic crime"; Jon Iñarritu (EH Bildu), who nevertheless has warned that "it is not without risk"; and Néstor Rego (BNG), in favor of repealing sedition but against aggravating public disorder, for which he has already announced that they will present amendments. Compromís and Más País have also voted in favour.

Junts per Catalunya, finally, has abstained, despite the fact that its spokesman in this debate, Josep Pagès, has called for "amnesty and self-determination" and has refused to be "useful idiots". The CUP has also opted for abstention.