Concha Osácar, with the rent by flag

One of the last surprises that Concha Osácar acknowledges having had in her life is to see how her figure has become a reference for many directors of the real estate sector, who praise her as their model on social networks. 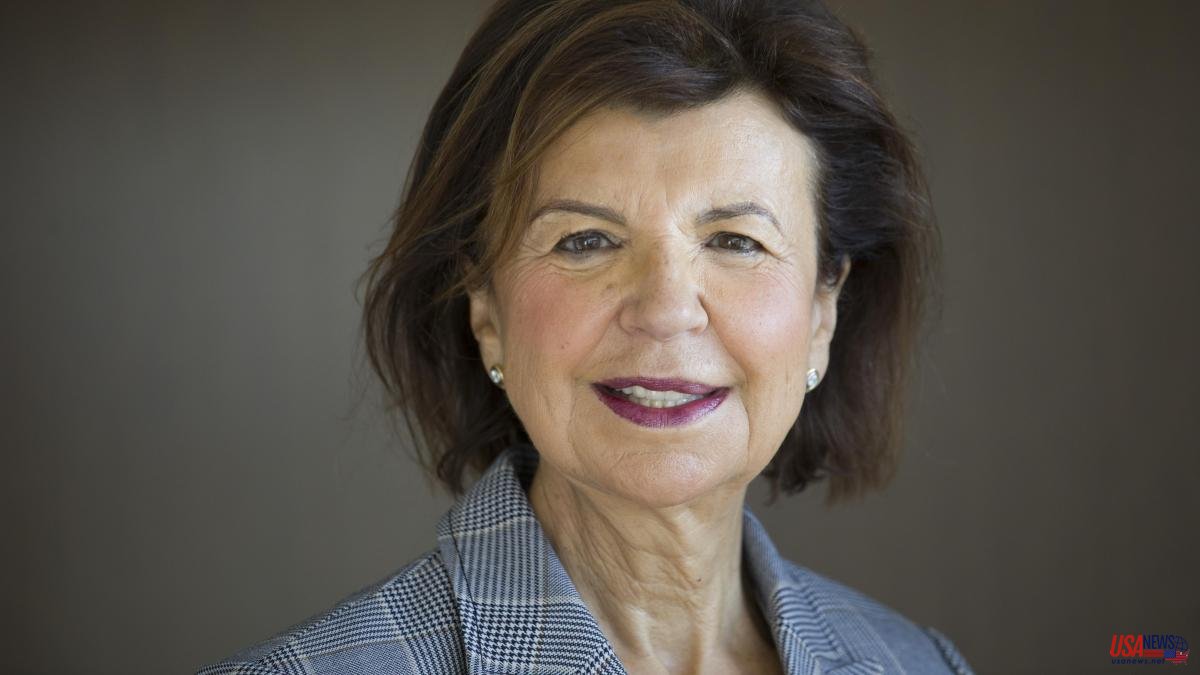 One of the last surprises that Concha Osácar acknowledges having had in her life is to see how her figure has become a reference for many directors of the real estate sector, who praise her as their model on social networks. "She surprised me a lot," she modestly acknowledges in a quiet chat at the Azora headquarters in Madrid.

Perhaps the only one surprised to be considered as a reference is her, because the curriculum of this Navarrese is difficult to match. Successful director, entrepreneurial businesswoman, mother of two daughters, caretaker daughter, traveler, collaborator with NGOs... And after the pandemic, even she plays sports; little, yes, because she "does not motivate him at all". Osácar is one of those women for whom the clock face seems to move at a different pace than the rest of the world. She gets to everything. "I think I have achieved a reasonable balance," she admits without flinching.

Just because of his last professional stage, he could already be an example. Together with the former director of Banco Santander Central Hispano, Fernando Gumuzio, he founded the real estate investment manager Azora in 2003. In the midst of the real estate boom, he was able to park the sector's eagerness for sales and bet on something so rare in Spain at the time as institutional rental, now called build to rent. “The profitability was lower than building to sell, but it was clear that Spain needed, and continues to need, the promotion of rental housing at an affordable price. We didn't invent it. It was all over Europe and here we saw that it was necessary”, he points out.

Being a pioneer is in her blood. Concha Osácar has spent almost her entire professional life defying incredulous looks, mainly male, who years later would surrender to the evidence of her success. It has happened to her with build to rent, but it already happened to her in the eighties of the last century when a French company chose her to be the standard-bearer for something as strange then in Spain as institutional real estate investment funds. "It was a very interesting job, promoting a regulation that did not exist here and once it was approved, launch the first real estate investment fund that existed in Spain." It was in the Hispanic Central Bank and already then 50% of the assets had to be invested in rental housing.

She was the first woman at the head of the investment fund employer, Inverco, and under her leadership the famous Banif real estate fund was launched, and she was the promoter of the Hispania socimi. From Azora, her personal project and "the one that fills her the most", in addition to betting again on rent, championed investments in which, once again, few trusted, in vacation hotels, student and senior residences, offices, proximity logistics. Now, part of the usual investment portfolio of many funds.

Her work has been so outstanding that even Pope Francis noticed her. "It was in the midst of a pandemic when they called me and I was very surprised," she admits. Of course, she said yes and now she is part of the Vatican Economic Council. "It is an honor and a responsibility to contribute my knowledge and experience to the economy of an ancient institution like the Holy See," he says.

A knowledge and experience that now serves to rule out that there is a real estate bubble and so that, despite being the standard-bearer for rent, recommend "to those who may not spend all their income, we must avoid becoming older and continue living on rent". For this reason, it also urges public administrations to bet decisively on promoting affordable rent. And it reminds the rulers that only the cities that have an adequate rental infrastructure will be the winners of the future, those that attract employment and companies. “You just have to see what happens in Eivissa”. "Spain needs 2.5 million rental homes," he warns.

Professionally, promoting the internationalization of Azora is his next challenge. Personally, he longs to miss a month or two deep in India.