The resignation of Mónica Oltra has opened a wide fracture between Compromís and the PSPV, and has multiplied the criticism of Valencian leaders very close to the former Valencian vice president against Ximo Puig. 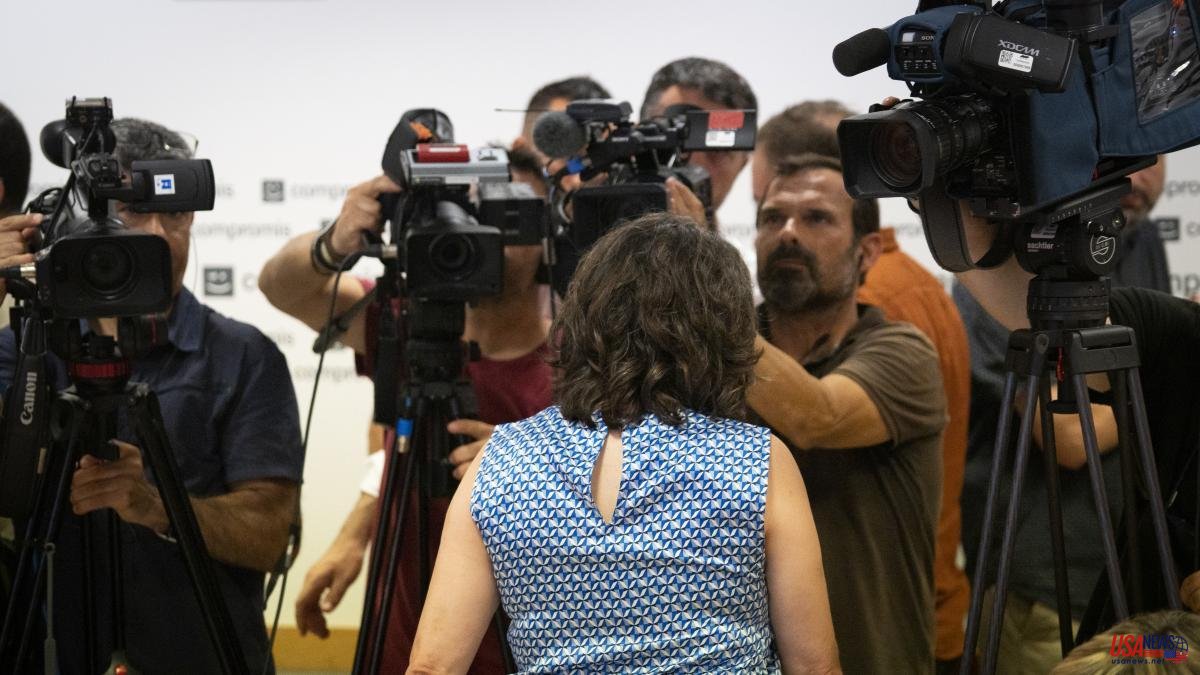 The resignation of Mónica Oltra has opened a wide fracture between Compromís and the PSPV, and has multiplied the criticism of Valencian leaders very close to the former Valencian vice president against Ximo Puig. In parallel, some voices from Compromís understand that this inflammation, this tension that was seen in the words of the vice president when she directly questioned the Valencian president, "will be redirected". They point out that there is one year left for the regional elections and that we must start working to be able to form a third Botànic because the alternative –PP plus the extreme right– “is the abyss”.

A scenario of reconciliation that will surely help the appointment of the deputy spokesperson for Compromís in the Corts Valencianes Aitana Mas as Oltra's successor in the Executive that was made official yesterday. The Alicante deputy has a dialogue profile as she has shown in the complicated negotiations in the regional Parliament and it does not seem that she is going to opt for a too warlike profile in the remainder of the legislature. And they set an example; They do not see her taking to the extreme, as the outgoing vice president used to do, the distribution of money between Ministries.

The promotion of Mas, who was recently appointed spokesperson for the PV Initiative (Oltra's party), denies the rumors that the deputy in Congress, Joan Baldoví, had a real chance of filling Oltra's institutional gap. Looking for another role for him.

The official plan is, as was clear yesterday, that Mónica Oltra be the candidate if she is acquitted. But, they recognize in Compromís, that does not depend on them but on the judicial times and, after the return of the case to the ordinary court, everything will be delayed. Meanwhile, they begin to think about Plan B (the most realistic) that would go through Baldoví.

From Més Compromís they see him as the only option due to his degree of knowledge and they deny that he needs to land in Valencian politics before to be the candidate. They believe that the rostrum of Congress and especially the national television sets are a great showcase to continue growing.

However, this operation is not going to start yet. You have to keep the duel and you don't want to offer the image of a 'dead king, put king'. In addition, they know that the situation is not easy and more so in a context of demobilization and pessimism on the left. "We have had a lot of dependency on Oltra and now we have to work as a team and everyone contribute: Baldoví, Joan Ribó [who is running out of chances of retiring] and all the mayors with pull from the coalition".

Faced with the new post-Oltra scenario, the Government's partners seek to relocate. “We will have to act from serenity”, they indicate in Compromís. It is also true that other members of the coalition consider that it is time to distance themselves from the PSPV. And there are voices like that of the spokesman for the PV Initiative, Alberto Ibáñez, who asked to show the electorate the differences between the main forces of the Valencian Government so that when the (electoral) moment arrived they would choose. "Perhaps we have been more loyal to the PSPV than they are to us," they acknowledged for their part in Més Compromís, the former Bloc.

Ibáñez went so far as to declare that if Puig had given "explicit support" to Oltra, the vice president "would not have made such an extremely generous decision." That was the feeling of the group closest to the leader of Compromís. But from Més Compromís, a force led by Àgueda Micó and of which former Minister Vicent Marzà is a member, an attempt was made to reduce this tension. They understand that, despite the anger at the president's refusal to support Oltra, the Valencian government cannot be further stressed.

Yesterday Ximo Puig himself also wanted to help calm things down. In a statement he criticized "the instrumentalization of justice by the extreme right" in the case that has forced Mónica Oltra to resign from her institutional positions and as a deputy in the Corts Valencianes. The president was referring to the fact that the lawyer of the minor who suffered sexual abuse, now an adult, is a leader of the fascist formation España 2000. He also expressed his "respect and recognition" for Oltra's decision, "a decision that has been adopted for protecting the Consell and the interest of the Valencian Community”.

Sources close to the president expressed their desire that the situation be redirected to the benefit of the political project started in 2015.

The objective is, in the end, to guarantee the recovery of political action and management. Both from the PSPV and from Compromís it is assumed that continuing to break bridges will be fertile ground for the right-wing to recover the Generalitat in 2023.