The Compromís parliamentary group has decided to give stripes to the former Minister of Education and Culture Vicent Marzà and appoint him deputy spokesman in Les Corts Valencianes. 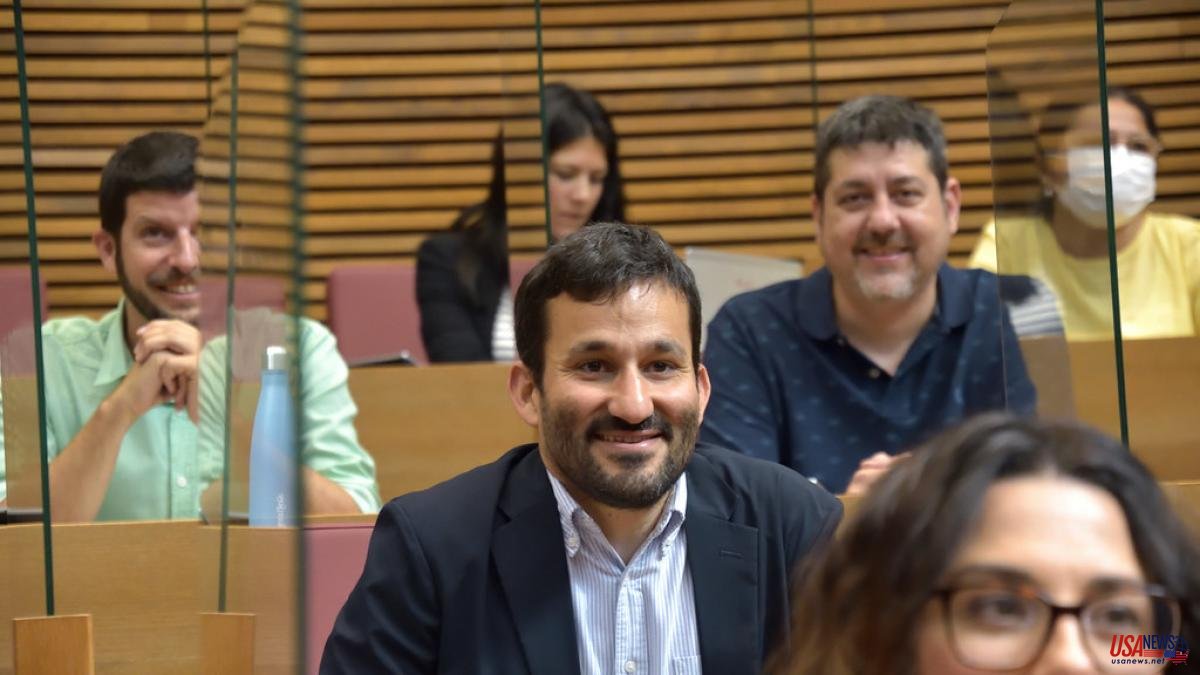 The Compromís parliamentary group has decided to give stripes to the former Minister of Education and Culture Vicent Marzà and appoint him deputy spokesman in Les Corts Valencianes. Despite the fact that since his departure from the Consell, the deputy has always insisted that he had "no will to be anything" or "no personal ambition", his party colleagues have wanted to keep him in the political front line.

In this way, the deputy for Castellón will gain prominence in the regional Parliament - and these days he has been seen very close to the current trustee Papi Robles - after not ruling out as a possible Compromís candidate for the Presidency of the Generalitat Valenciana. The day he explained his resignation, he made it clear that the candidacy is a decision that must be made collectively.

The appointment of Marzà has been agreed by the parliamentary group at the organizational meeting held this Thursday at the end of the plenary session of Les Corts. “As I have already advanced, my priority objective is to strengthen the organization, from work as a deputy and on the street. From the group it is considered that the assumption of the deputy spokesperson can favor this work, ”he declared in a statement.

The entry of Marzà forces the departure of the group management of the former number two of Compromís in Castellón, Mònica Álvaro, (the ex-minister was the number one in the province). Vila-real will continue to assume the territorial coordination of the work of the deputies in the counties of Castellón.

For his part, Marzà, and as he advanced to the press last week, will not develop any of the areas in which he has worked from the responsibility of minister. In fact, as agreed by the Parliamentary Group at today's meeting, Marzà will assume the presidency of the Corts' Committee on Industry and Commerce, an area from which the work being carried out by the Ministry of Sustainable Economy can be strengthened ( in the hands of Rafael Climent) at a time when the industry -especially the sectors with the greatest energy dependency on gas, such as the tile from Castellón- are going through very delicate times.

After a few days of misunderstanding after having been the longest-serving Minister of Education in history, everything indicates that Marzà will win in the parliamentary debate and negotiation; in addition to the organic task, where his followers want him to play a key role in the current context of alliances on the left.