When Jordi Cussà died, on July 11, 2021, it had been a year and a half since he had published The First Emperor and Queen Lluna in Comanegra and had enjoyed a few months of awards and recognition from critics and readers. 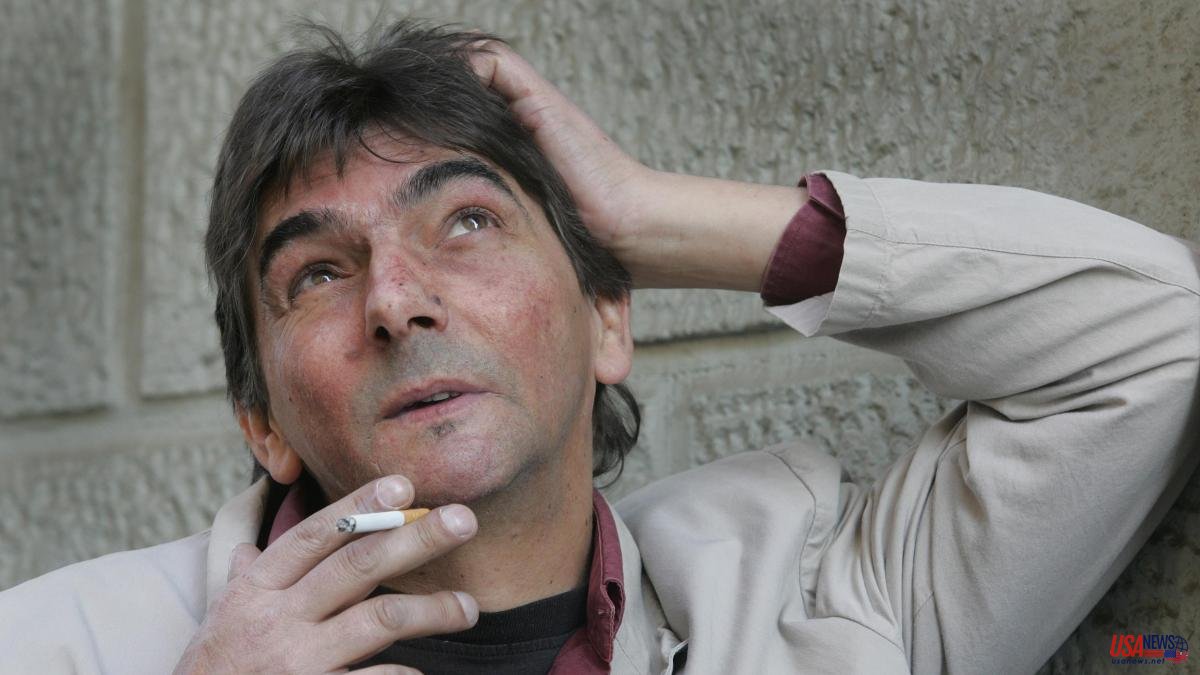 When Jordi Cussà died, on July 11, 2021, it had been a year and a half since he had published The First Emperor and Queen Lluna in Comanegra and had enjoyed a few months of awards and recognition from critics and readers. Now half a year ago the same publisher published Les muses, already posthumous but on which the author and publisher had worked together.

Comanegra announced a few days ago that next year it will reissue Cavalls salvatges Formentera Lady, which form a diptych on the heroine's years, and the two novels that with Les muses formed the Trilogy of civilization: La serp and El ciclop. In the cases of Formentera Lady and La serp, they also ensure that they will be versions reviewed in depth by the author before he died. Why Comanegra, if the first two titles can still be found in bookstores in recent editions of L'Albí and LaBreu?

These last few weeks there have been a series of reproaches from these two publishers to Comanegra because they understand that they have taken away the rights to their works with "the" bad arts of an agent and a publisher ". Let's try to explain it.

With the death of the writer, his family asked his friend Jaume Huch, who from the L'Albí publishing house had published six books for him, including his first book, Cavalls salvatges (first in 2001, in agreement with Columna, and later revised in 2016, and converted in 2021 into a comic together with KAP in Pagès Editors), how they could relaunch the work and put order. Huch entrusted them to Carlota Torrents, from the Asterisc agency, who first of all tried to see how the rights management was doing. She found that a good part of the works either had an expired contract or simply did not have one. The agency contacted Comanegra and LaBreu (who had published Formentera Lady for him in 2015) to ask what editorial project they had for Cussà's work. It was not an open auction. Jaume Huch lost the rights to some books that he published without a contract “because Jordi wanted it that way, I have made contracts with all the authors, but he said that between brothers it was not necessary, that he preferred not to sign with me”.

Ester Andorrà, from LaBreu, regrets that they had spoken with the author about staying one day, after the summer of 2021, to sign the renewal of rights, which expired that December. They were not on time, and after the agency's proposal they made an offer that they considered high. “For Jordi, whatever”, explains Andorrà. Now they have launched a campaign to promote reading clubs and at the same time be able to sell the books they have left. If not, they remember, they'll have to grind them down, something neither they nor Huch have ever done before or want to do. “We summon the readers of Cussà to a kind of final tour”.

It was a tribute to Cussà, organized by LaBreu and L'Albí, which opened the door to their discomfort, with a statement days later in which they denounced that they had lost the rights (they did not say names, but many readers were aware). The comments went to the networks, risqué, and an article by Laura G. Ortensi in the digital magazine La Lectora opened the box of thunder and provoked the response of the editorial director of Comanegra, Jordi Puig, in another article. A few days later, Puig had to respond to the accusations of lying when they had announced that they would publish revised editions, especially of Formentera Lady, and assured that they indeed have Cussà's revisions, "about 1,000 important changes". Puig remarks that “focusing the question on money is hypocritical and false”: “Our proposal had more to do with continuity”.

Puig assures that, in addition, that with Cussà they “had talked about re-editing previous and new novels, because until he died he was perfectly active. He especially did not know the case of La serp, because she was the one that had been discontinued for more years. And he insists that he understands that Huch is hurt, because nobody can deny that he is the one who has bet the most on Cussà's work for years.

Carlota Torrents, from Asterisc Agents, explains that "they have worked many hours on the project and it is bad for that to happen" and they have tried "to be respectful and professional": " Comanegra presented a global project with a broader perspective with a more powerful projection of the work”, and that is why the family opted for the project that brought together the two novelistic cycles in the same collection. Torrents also adds that "for the family, Jaume Huch is very important, and he will be able to continue publishing the other works by Cussà that he already has, and also new work".

And the fact is that everyone agrees on the importance of Huch in Cussà's work: he was his first reader and for some years almost the only editor. For him, “what I didn't want to happen has happened, because more than an editor we were friends, with Jordi, like brothers”. He now faces it "with more sadness than anger, because we are losing a great opportunity to increase the readership of his work." That is why he regrets that "we are throwing stones at our roof, everyone could have won if an agreement could have been reached". He also explains that he has agreed with Cussà's family to publish unpublished poetry and theater in L'Albí. But Huch regrets having trusted Torrents, by whom he feels mistreated by "a policy of faits accomplis, with a lot of condescension." In fact, he even insinuates that if things had been done differently, he himself would have been able to agree to Comanegra publishing the books, because for him "the important thing is the work, not that I publish it."