Colm Tóibín: “All the repression has given us fiction, drama is born from the conflict” 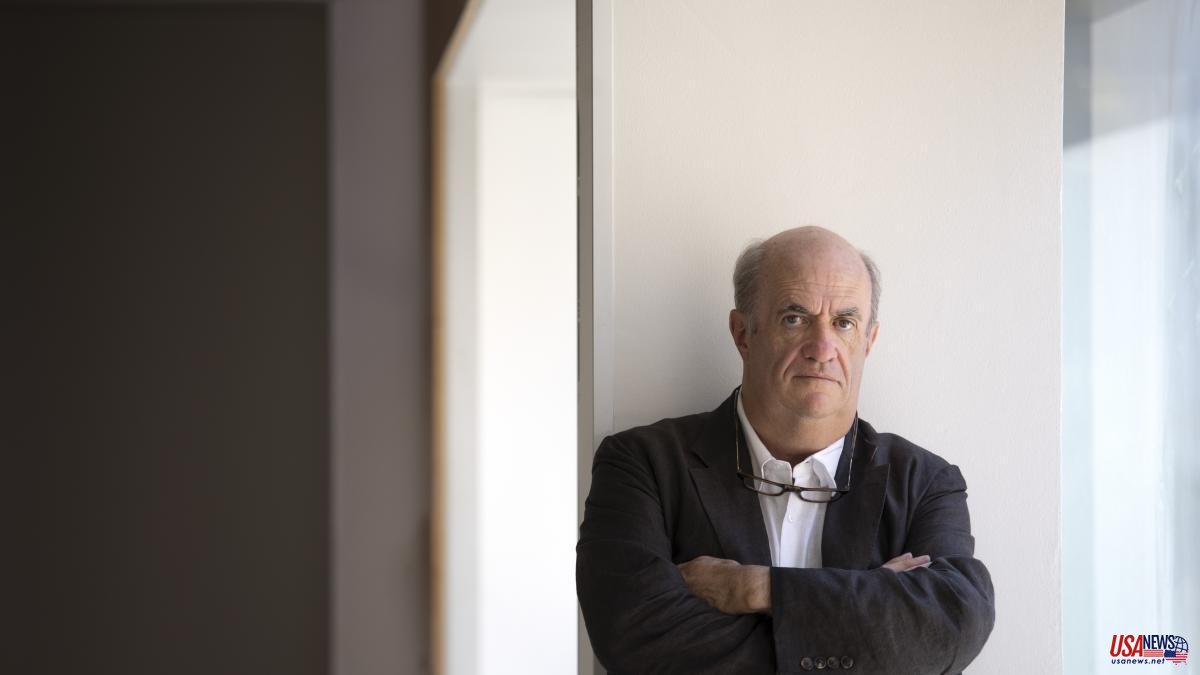 Knowing things is not the same as living them, just as reading a biography is not the same as reading a novel that delves into a life. The Irish writer Colm Tóibín (Enniscorthy, 1955) knows this perfectly well. If he had already confronted Henry James literaryly in The Master, he now delves into the mind of Thomas Mann in his latest novel, The Magician (Lumen, with a translation of Antonia Martín, in Catalan in Amsterdam translated by Ferran Ràfols). Tóibín spent a few days in Barcelona, ​​and in August he will go, like every year, to the house he has in Farrera, in Pallars Sobirà.

And his wife knew it.

Yes, he came from a family of assimilated Jews from Munich, in a very bohemian environment, who already thought that if you don't limp, you limp. Diets changed everything. I was also interested in how difficult it is to pigeonhole him politically, he went from being a monarchist to a democrat... At the same time it is a very innocent story, he was not a noisy man, his private life is very private, he was a homely man who did not go to bars and he hardly had any friends, and he was famous since he was about 25 years old.

He's been working on it for years.

The problem was to find a central period or event to work through. But there are many: his wedding, the death of his father, the world wars, inflation, the Nobel Prize... and that's not to mention the books or the rise of Hitler, who doesn't see in time.

Yes, and it is exactly as it happened to me with Donald Trump, or in Brazil with Bolsonaro, you don't expect it. It is a very dramatic story, but once you lose sight of the private and intimate world you lose the novel and it would be writing a bad biography.

It got into his head.

Its sources go beyond dietary.

He had a lot of information, like his wife's memoirs, his children's books, diaries, letters... but sometimes you just have to let your imagination flow. My interest is to create an illusion and for the reader to get into his head and stay and live and imagine the world as Mann does. My job is to create this illusion that you are Thomas Mann when you read the book. The work of a biographer is another.

Many of Mann's novels were read as metaphors for the world in which he lived.

Mann always finds a symbolic form, it's not just a story and that's it. The Buddenbrooks, for example, is a metaphor for the decline of their society that marks the end of the 19th century in Germany. I'm more interested in the idea that Mann can't be defined in a single personality, because every time something happens he has a different response. I try to show an artist without any stability, but I do not try to make any metaphor, I want to be very clear.

Yes, from the weaknesses, from what we could call his masculinity in conflict, comes something very interesting, and that is that all the repression has given us fiction.

I don't think so, it is from the conflict that the drama is born.

And the loss is the literary spark.

Yes, and I can write about that. Mann lost Lübeck, to begin with. There he was like a prince and suddenly in Munich he is nobody.

After all, everyone has a lost Arcadia...

Yes, this is where the book can connect with our common experiences. We've all had a room that no longer exists.

Did you feel in your native Enniscorthy when you wrote about that Lübeck?

Of course. Also, my father died at a similar age to his.

It's not just a matter of memories.

He is trying to resolve the conflict of loss, that which will no longer return, and he remakes it beyond memory.

If Thomas Mann had not been homosexual, would you have written this book?

I do not think so. It's a very interesting topic, the time when people move between in and out of the closet. The idea of ​​a secret life that is also developed by writing novels, and even his way of seeing politics is almost secret. That secrecy and the desire for the same sex interest me.

And if you weren't homosexual, do you think you would be the same writer?

Having grown up in Ireland, where you just couldn't talk about these things, it's obviously a big subject for me. And I need to find metaphors, I don't want to constantly write an autobiography. Thomas Mann died the year I was born, but I know the story, I can make it my own.

And you're not afraid of being pigeonholed?

Absolutely. I'm Irish, bald, queer, male... If I thought I didn't want to be pigeonholed I would feel like denying it in some way. It is obvious that I am looking for a drama in which I recognize myself, with which I can identify.