There is a year left for the municipal elections and it is barely a year since the Catalan ones. 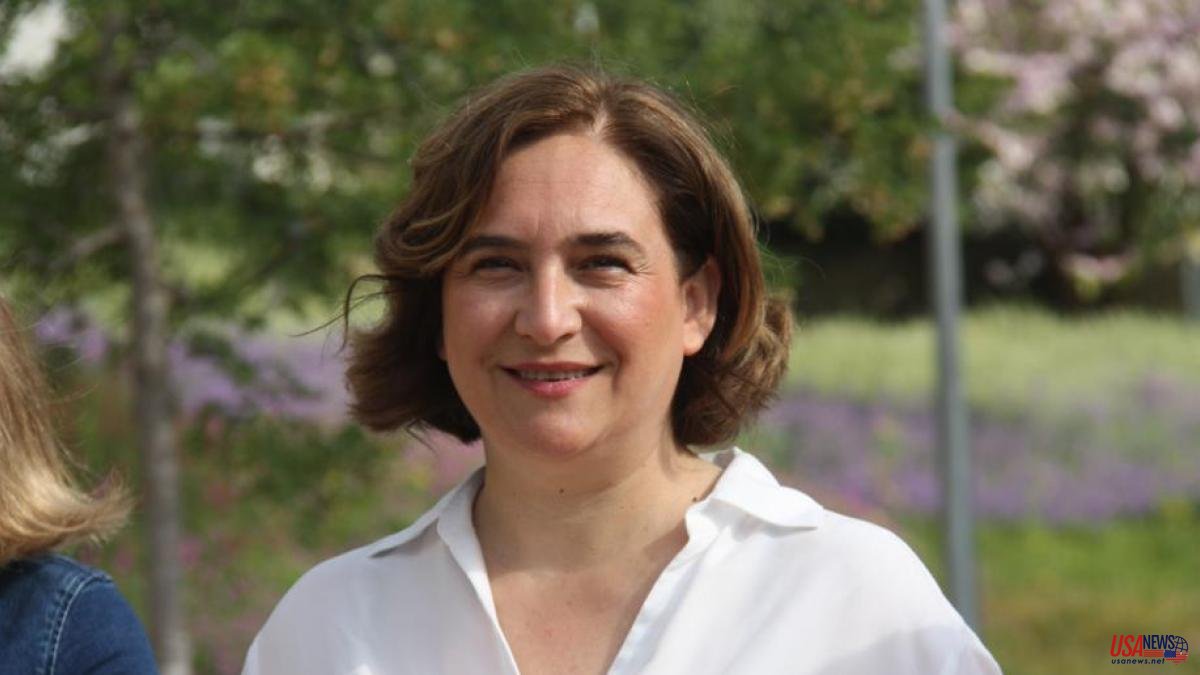 There is a year left for the municipal elections and it is barely a year since the Catalan ones. Balance time before a dissatisfied society. Has what was promised been done? Is it time to correct course? What happened to those speeches of his first times...?

She did not believe that she would be mayor when she presented herself and the commons did not think that they would have to ask her to aspire to a third term, when in her statutes it is recommended not to exceed two. That June 2015 in which Ada Colau went from being a neighborhood activist to an institutional position, with the stick of command in her hands and a trembling voice, the mayor promised to "raise carpets", erect metaphorical "glass walls" in the city hall and greater attention to the neighborhoods. “Throw us out if we don't respond,” she challenged. One year before the elections, she starts as the favorite. The management of it has neither sunk nor catapulted it, according to the surveys. She has stayed afloat. Barcelona is a leading city, it is not in decline as is repeated in Madrid, but a transversal feeling emerges that it could aspire to more. Cities are becoming more complex and contradictory every day. Governing a city is no longer just modeling urban planning. This instrument falls short if fronts such as labor activity are not addressed. Barcelona seems half done, which wouldn't be bad if it weren't for the impression of constant improvisation.

Colau's main rivals are, today, Ernest Maragall, for ERC, and Jaume Collboni, for PSC. The echoes of the Maragall surname resounded in the first assault, but have been fading. The Socialists have left the appointment of the candidate for October, which encourages speculation about an eventual landing with names like Miquel Iceta on the table. If Convergència always had a difficult time in Barcelona, ​​Junts is far from competing for mayor. Elsa Artadi's departure, personal reasons aside, is not unrelated to the almost residual results that the polls predicted for her. The panic has made names like Xavier Trias resurface, but the decision will be left for the fall.

There are other heirs of Convergència, the PDECat, metamorphosed as Centrem, who are trying to sneak in and have asked Sandro Rosell to be their electoral poster. The former president of Barça is thinking about it, but not to go on that list, but to create his own brand, a platform of professionals who intends to present himself away from the functioning of the matches. Rosell is quite convinced to make the leap into politics, but he will wait until the fall to make the decision.

Only 41% of Catalans know that Pere Aragonès is the president of the Generalitat. In ERC, the figure of Oriol Junqueras continues to prevail. And he has no intention of taking a step back. Unlike. It is about installing a bicephaly between the Generalitat and the party. That will makes the leadership of Aragonès suffer.

When he took office, a year ago now, the president assured that the "priority" was "the happiness of all citizens." He set out to make a “just, prosperous, green and feminist Catalonia”. And he warned that “progress leads to the Catalan republic”. Objectives that are broad and ambiguous enough not to compromise too much. This year has been characterized by a desire not to step on corns. Aragonès shuns conflict like boiling water, which paralyzes initiatives and curtails ambition.

The independence movement is breaking away from the story of the procés with difficulties, although some things are changing. Both ERC and Junts have reached agreements with the first opposition party, the PSC, in different areas. The hardest is being Catalan at school. Beyond the tricks of each other to show that they remain in their positions, the three –along with the common ones– are aware of how essential it is for coexistence in Catalonia that there is an agreement on this matter.

The discrepancies with Junts marked the beginning of the legislature, but they have been redirected. Now the differences are concentrated within Junts, which is also a source of instability. The pact between Laura Borràs and Jordi Turull to share power in the formation does not hide that the former would like to break the government agreements with ERC in the Generalitat and with the PSC in the Barcelona Provincial Council, while the latter is in favor of maintaining them. It is possible that the blood does not reach the river, but the internal balances force Junts to overreact against ERC. If Aragonès manages to approve another budget, he will be able to look more calmly at the possibility of Junts leaving the Government. Even eager.

“Spain is not going to break. The Constitution is not going to be broken.” This is how Pedro Sánchez began his investiture speech in January 2020, and added: "Let's not transfer more division to the street." Indeed, in the mouth of the opposition, Spain was every day on the verge of disintegration. Alberto Núñez Fei jóo's PP uses more sophisticated language, but the message remains that Sánchez is not a statesman. The visit of King Juan Carlos has been an example of that strategy. Feijóo even smiles at "the CIS of Tezanos" and that has made Sánchez and his people increase their belligerence against the PP, airing the dirty rags of the past. The curious thing is that the independence movement is taking advantage of this tactic. The more crap that emerges from the so-called sewers of the State –although the PSOE points to the PP as an accomplice and instigator–, the more arguments ERC and Junts give to underline that Spain has no remedy and the only thing left is to disconnect.

But the biggest concern for Sánchez is the left flank and the risk that Yolanda Díaz will not be able to raise her project above the fights with Podemos. The first coalition government of the current Spanish democracy lives immersed in noise. United We Can tighten the rope to extract concessions from the socialist party and present themselves to their voters as the correctors of the PSOE's inclination towards the center. And the socialists do the same, showing themselves to be the brake on the eccentricities of their partners. Each project is an exhausting tug-of-war, although it is true that, unlike Catalonia, the baggage of approved initiatives is remarkable.

For the generals, a year and a half is missing. An eternity in politics. If not, look at what happened in the last 18 months.