When in doubt, this is proof that the dead speak. 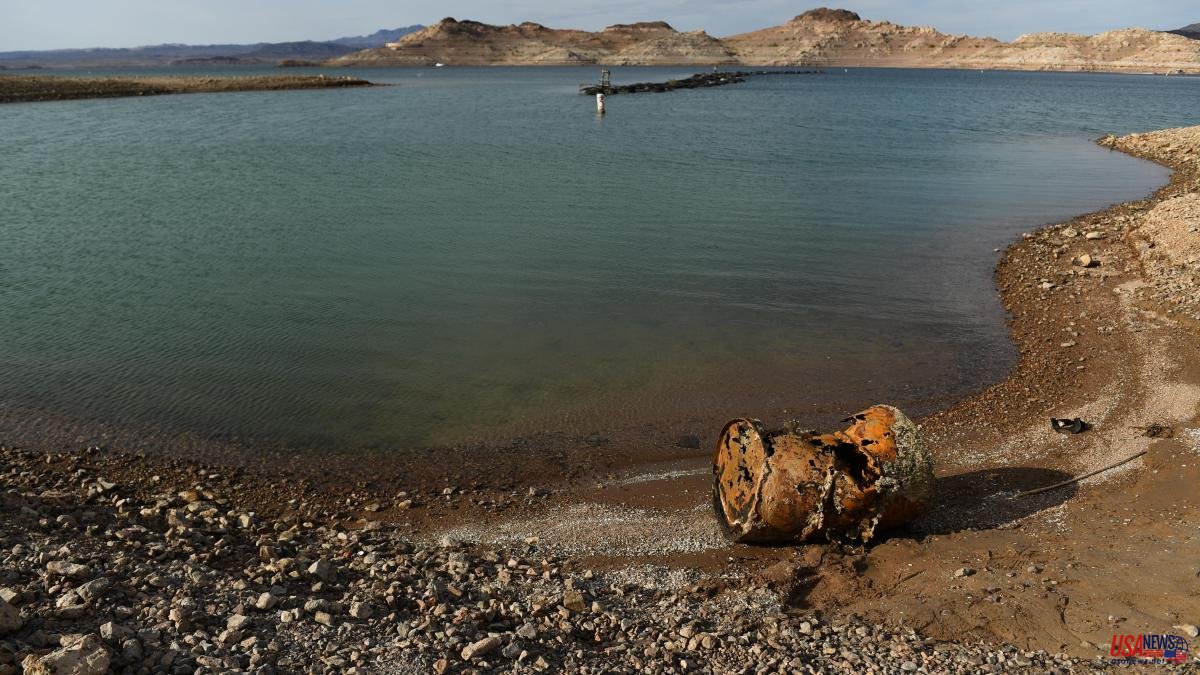 When in doubt, this is proof that the dead speak.

Nor does it seem true that everyone takes their secrets to the grave. Some herald them from beyond the grave, even when they have spent a very long season raising mallows.

"Whoever dumped that body in a barrel, I'm sure they had no idea that the lake would dry up like it has and they would find it," says Geoff Schumacher, vice president of the Mob Museum in Las Vegas, the city of Las Vegas. Nevada historically linked to the mob and the center of the ongoing investigation.

And who is he? the police and many scholars, the curious, treasure hunters or amateur detectives have raised since the discovery in early May of Lake Mead, the largest artificial lake in the United States, which due to drought is barely 30% full. his capacity.

Hidden mysteries for decades emerge in the present.

The surface of the lake, formed by the Hoover Dam between Nevada and Arizona, has lost more than 51 meters in almost four decades of drought, which is getting worse.

There are various assumptions, almost all related to the world of gangsters and allude to characters who one day disappeared without a trace. That the matter goes this way is due to something more than the discovery of human remains in a corroded metal container that was at the bottom of the Mead until it came to light due to the receding of the lake.

In this scenario it is said that many people could die by accident. There are reports that in 1994 the lake claimed the lives of 59 people, who drowned without their bodies being recovered.

But the drowned did not have an execution-style bullet to the head, as police determined in this finding. Homicide.

Within days of the discovery, sisters Lindsey and Lynette Melvin were ready to go out on the lake with their canoe and spotted something strange on the hillside, 15 kilometers from where the barrel appeared. Lindsey took photos. At first they thought it was the skeleton of a Bighorn Sheep, native to the region. Upon closer inspection they discovered that there was a human jaw with teeth. They called the park guards and they certified that they were human bones. On this second occasion, however, the police have not seen anything unusual and, except for new evidence, they rule out that it is a crime.

This second event is told in a different way by David Kohlmeier, a retired police officer in Las Vegas, author of the podcast The Problem Solver. Kolhmeier offered a $5,000 reward after the container of remains was found. According to his version, the sisters went diving for the reward. And they claimed it. She told them no, no barrel, nothing.

"There can be many bodies there, think of the natives buried in the desert before there was a lake," he clarifies.

Not all remains are the same. "A body in a barrel has the signature of a mob hit," Schumacher says. "There are historical connections in these kinds of situations," he stresses.

This is what Michael Green, professor of History at the University of Las Vegas, recalls. “The mob used the barrel method on Johnny Roselli. He had testified in a congressional committee about the plans of the mafia to try to kill Fidel Castro in conjunction with the CIA”, he recalls. “In 1976 they found it in a barrel, in the bay of Miami”, he adds.

The date Roselli was found roughly coincides with the disappearance of the body found in Lake Mead. "Climate change is revealing mafia secrets," says Green ironically.

The remains of the unidentified in the fuel drum had the message that a violent death occurred.

This stranger says more and provides clues. His bones were still clinging to his shirt, belt, and shoes. Detectives determined that these clothes were purchased in the late 1970s or early 1980s at a Kmart discount clothing chain, suggesting he was not a fashionable gangster.

So the death occurred in one of the most violent periods of Las Vegas's past, an era of unprecedented street crime and underworld murder.

This circumstance contrasts with the attraction that the mafia causes today, which can be seen in the case of the barrel. The city that denied connections to organized crime now has a museum and neon lights.

"In the 2000s, Las Vegas wanted to clean up its past and pretended not to be the city of sin," Schumacher remarks. “But Las Vegas has decided that we need to understand that those things happened and they are interesting. We do not want to glorify the mafia, they are criminals, not heroes. But their stories are fascinating and can be explained without feeling bad”, he stresses.

“My first thought upon learning of the barrel find is that we have a water problem,” says Green. The Mead quenches the thirst of more than 40 million people in seven southwestern states. Its loss of capacity arouses fear in cities like Los Angeles, Phoenix, Tucson or Las Vegas.

"It is not the first time that something from the past has emerged on its surface, nor is it a surprise that a body appears in the lake," he reflects on this particular issue. “What makes it different from others is the barrel and the shot”, clarifies the professor.

Green initially had doubts about the connection to the mob, which was not interested in giving bad publicity to the place where he made money and preferred to kill far away. But he changed his mind due to the arguments of some friends.

His way of connecting him with organized crime has something personal. His father was a croupier at the Stardust and he has the distinction of having been fired by Frank Lefty Rosenthal, a real character played by Robert De Niro in the movie Casino that portrays that time. The other key protagonist, played by Joe Pesci, is Nicky Santoro, actually Tony Spilotro, one of the biggest enforcers and rapid-fire gun credited with at least 20 disappearances.

As possible victims, Green cites Gus Greenbaum, president of the Riviera Hotel, who along with his wife, Bess, were murdered at their Phoenix home on suspicion of stealing money from partners. Another not seen since 1976 is Jay Vandermark, slots supervisor at the Stardust, implicated in a scheme to pocket the revenue.

Vandermark also appears in Schumacher's inquiries, along with William Crespo. Arrested for cocaine trafficking, he became a police informer. He evaporated in 1983 after testifying against ten mobsters.

But his main option is Johnny Pappas. "It's very interesting because he disappeared in 1976, he was connected to the Las Vegas mob and ran a marina and hotel on the Mead," says Schumacher. That business was owned by the same mob-infiltrated company (Argent Corp) that Spilotro ran for. Pappas had his own boat. The last thing his wife knew was that he was going to eat with someone who wanted to rent his boat.

Kohlmeier says that the enigma will vanish if the dead man talks even more with his DNA. His bet is that these remains are the result of a revenge between motorcycle gangs. “Everyone thinks it's a mafia crime – he muses – but it could be anyone. There are all kinds of crazy people in America. Anyone can shoot someone and put them in a barrel."