Climate awareness through a podcast

The singer Maria Arnal and the curator and researcher José Luis de Vicente yesterday saw the materialization of the work of more than a year and a half and which is entitled Cada capa de l'atmosfera. 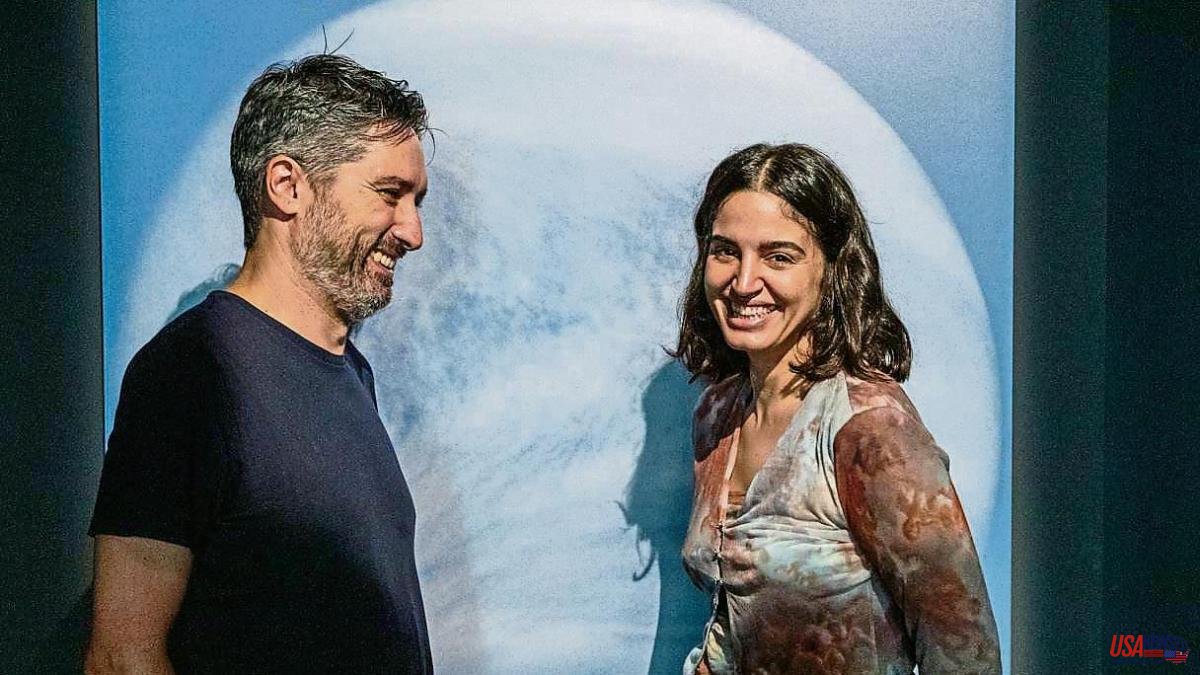 The singer Maria Arnal and the curator and researcher José Luis de Vicente yesterday saw the materialization of the work of more than a year and a half and which is entitled Cada capa de l'atmosfera. Promoted and hosted by the Center for Contemporary Culture of Barcelona (CCCB), it is a kind of sound essay on the traces of the climate crisis and which was presented publicly yesterday.

One of the aspects of this project to highlight is how this peculiar essay in the form of Arnal's musical compositions is conveyed with dissemination and thought. Because the resulting product is a kind of journey in four chapters of about thirty minutes each, presented in the form of a podcast.

The first chapter is titled Who wants to be born human? and is available both on digital platforms and in room -1 of the CCCB, in the latter case with a sound installation that will be open to the public until October 16.

After that first delivery, in the next three Tuesdays the other three chapters will be posted: Is it easier to imagine the end?, Light years from your present and Starting over again. Among the elements that give life to the content of these chapters, the reflections of scientists and thinkers through natural and heritage spaces, industrial architectures or Barcelona laboratories are essential. Thus, the recordings of the podcast have been made in locations such as the bell tower of Santa Maria del Pi, an apiary in Collserola, the Barcelona Supercomputing Center, the dome of the Fabra Observatory or the Bioacoustic Applications Laboratory of the UPC. Directly linked to them have been the opinions of scientists, philosophers, musicians, researchers from multiple disciplines, from astrophysics to bioacoustics, from artificial intelligence to beekeeping.

The list of collaborators is, therefore, extremely varied: from Michel André, director of the aforementioned UPC laboratory, to David Harringotn, founder and member of the Kronos Quartet, through the philosopher Timothy Morton, the musician Suzanne Ciani, the expert in artificial intelligence Ulises Cortés, the space researcher Ignasi Ribes or Albert Blancafort, master organist.

The history of this collaboration, recalls De Vicente –who is also the founder and artistic director of Sónar D–, began five years ago at the end of the exhibition After the End of the World. “Maria and I started a joint research process, which led to the Clamor album – formally published by Maria Arnal and Marcel Bagés in 2021–, and “later we thought that it would make sense to make a sound artifact out of those ideas. Because we wanted to share this notion that the level of the crisis we are currently experiencing is reflected in the sound of the planet.”

Throughout the four chapters, the listener will be able to listen to the different conversations alternated with three types of musical resources: remixes of some of the songs of the aforementioned Clamor , environments and a cappella interpretations of some original songs by Arnal, and finally also some versions , like the one offered at the end of the entire project of Lombra della luce , by Franco Battiato, accompanied by the Palau Güell organ.

As can be deduced from all of the above, the concept and embodiment of Cada capa de l'atmosfera implies a very careful auditory aspect. For this reason, Arnal insists that the podcast always be listened to with headphones, in order to capture all the richness of the binaural format with which it has been recorded and which is the one that best reproduces how the composition of sound works in the ear and generates the sensation of be in the place where it was recorded.