Johannes Vermeer's masterpiece, Girl with a Pearl Earring, has become the latest target of climate activists, who staged a protest action at the Mauritshuis in The Hague on Thursday. 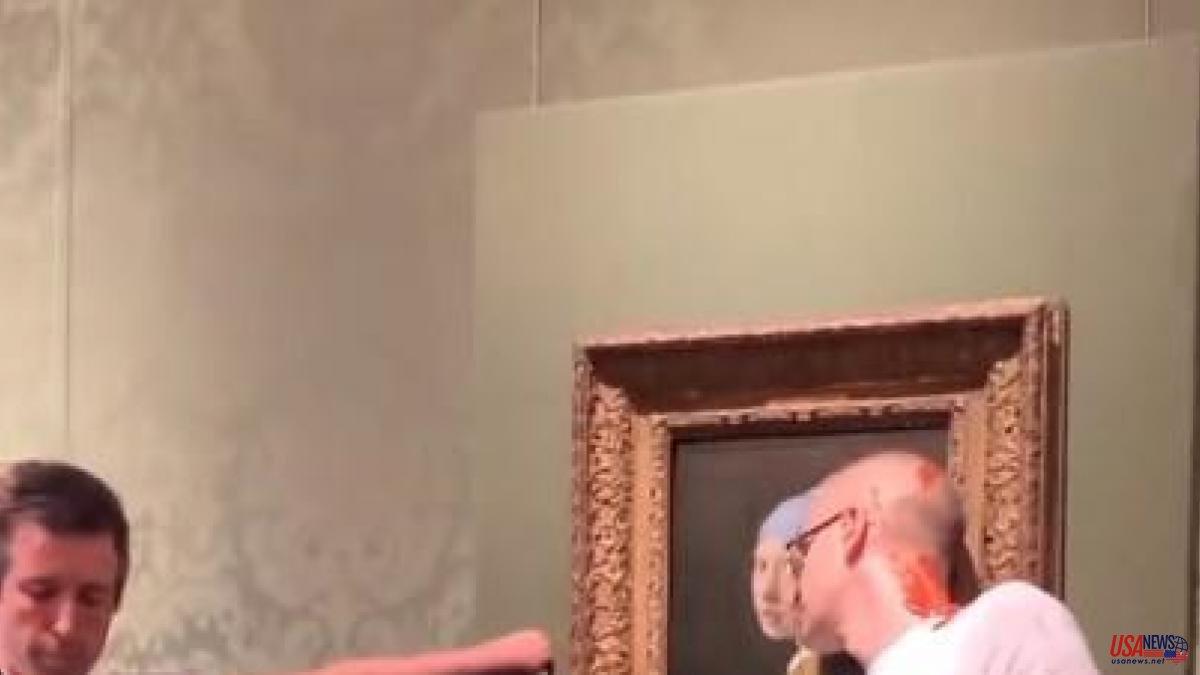 Johannes Vermeer's masterpiece, Girl with a Pearl Earring, has become the latest target of climate activists, who staged a protest action at the Mauritshuis in The Hague on Thursday. According to the Dutch radio station NOS, the museum has reported that the painting has not been damaged.

In a video posted on Twitter, you can see how a man pours a can of what appears to be a tomato on another who tries to stick his head in the famous painting. One of the men, wearing a "Just Stop Oil" T-shirt, yells, "How do you feel when you see something beautiful and priceless seemingly destroyed before your eyes? Do you feel outrage? Good. That's the feeling when you see that the planet is destroyed before our eyes".

The activist goes on to say that the painting is protected by glass as a museum visitor yells: "Shame!" The museum did not immediately return calls and emails seeking information, while The Hague police said they had arrested three people for "public violence against property" but gave no further details.

Earlier this month, climate protesters threw mashed potatoes at a Claude Monet painting in a German museum and a similar protest occurred in London, where protesters threw soup on Vincent van Gogh's Sunflowers at the National Gallery. In both cases, the frames were not damaged.