Three women in three parts of the world, India, Canada and Italy, fight for their freedom. 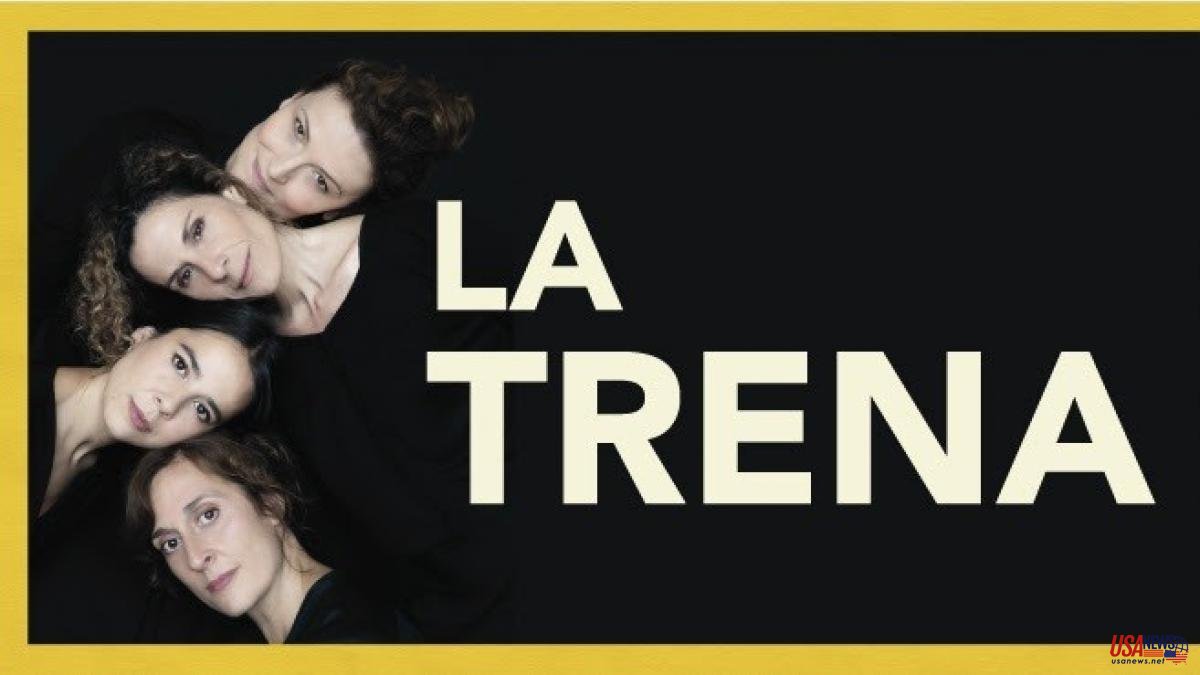 Three women in three parts of the world, India, Canada and Italy, fight for their freedom. These three stories are the ones that are linked in the work La trena, based on the novel by the French writer Laetitia Colombani, which has sold a million copies in her country and half a million in the Catalan and Spanish versions.

Clara Segura, Cristina Genebat and Marta Marco, the Mossbank Road girls, as they call themselves after the play they did together, they read it during the pandemic and it occurred to them to adapt it to the theater. Genebat and Marco got to work, with the approval of the author, and Segura took over the direction.

Carlota Olcina has been added on stage, to represent among all the thirty roles to which all the characters have been reduced. Bet Orfila is the producer of La Perla 29, and Montse Vellvehí, the assistant director.

"The amount of women's team we have is especially exciting," says Segura. If we say it, it is because it still needs to be said. The work challenges women, but also men. On stage, we suggest more than we explain so that, as in the novel, the spectator ends up closing his story, his personal vision”.

Regarding the adaptation, Genebat points out: “It is not easy to stage this novel. We have maintained the structure of chapters and the order that the author established and, although we wanted to be very faithful, we have had to leave it so that the theatricality would win. The work has an invisible chain of souls. With the invisible solidarity of women around the world, perhaps the world would be a little better.

And Marco adds: “We have built a narrator, which are the poems that appear in the novel and that link all the stories. We have tried to maintain the emotion that the novel transmits, putting the interpretation of the actresses. I think the theater splashes more on your skin. The braid is this empathy, when we help each other”. And he concludes: "Clara has done something supersonic, on and off stage."

On September 13 La trena premieres at the Goya theater in Barcelona (until November 27). Starting in January, it will tour Catalonia. On the other hand, the film is being shot, directed by the author herself.