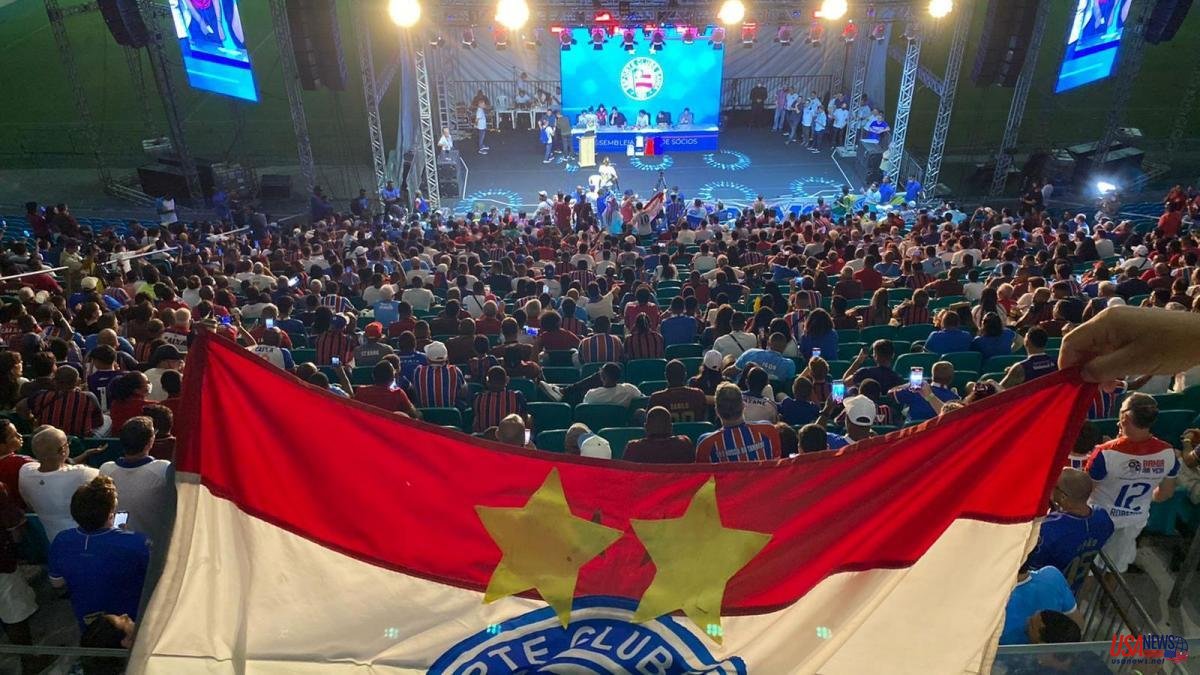 The City Football Group, the United Arab Emirates-based organization that owns Manchester City, continues to expand the family. In recent months it has not stopped incorporating new soccer clubs from all over the world and is now landing in Brazil with the acquisition of Esporte Clube Bahia. A deal that has been closed with the support of 98.6% of the more than 13,000 members that make up the Brazilian entity.

“Today is an incredibly exciting milestone for Bahia and City Football Group. We are honored that the shareholders of Bahia have placed their trust in us and have voted in favor of City Football Group's investment", said Ferran Soriano, CEO of City Group, who explained that the transaction process will be completed in beginning of 2023. “We will implement a long-term strategy for Bahía to promote the growth of the club. We will prioritize strengthening youth teams and divisions to compete at a high level, engaging with fans and enhancing their experience, achieving strong long-term financial sustainability and always keeping a focus on strong values, roots and identity. of EC Bahia”, Soriano detailed.

The operation has also been applauded by the president of EC Bahia, Guilherme Bellintani, who has assured that in this way, his club becomes part of "the largest and most pioneering football group in the world", opening "a new future" for the presiding entity.

With the incorporation of the Brazilian club, the City Football Group (CFG) already adds 13 clubs to its organization. Successful entities that have won national leagues in countries such as the United States, Australia, England, India, Bolivia or Japan in the last two years. CFG has five European clubs under its wing: Manchester City (England), Girona (Spain), Estac Troyes (France), Lommel SK (Belgium) and Palermo (Italy), which joined the City Group family this summer. In the American continent it had three clubs, to which EC Bahia will now be added: New York City FC (United States), Montevideo City Torque (Uruguay) and Bolívar (Bolivia). The group is completed by the three Asian entities that the group owns: Mumbai City (India), Sichuan Jiuniu (China) and Yokohama Marinos (Japan).

With Sheikh Mansour bin Zayed Al Nahyan of Abu Dhabi as the largest shareholder, the City Footbal Group is owned by three investors. 77% belongs to the company chaired by the sheikh, 13% belongs to China Media Capital and the remaining 10% is owned by the Silver Lake company.