In the midst of the Govern crisis and on the eve of the second part of the general policy debate, which is being held tomorrow, Friday, in Parliament, Ciudadanos has denounced the unconstitutional nature that, in his opinion, some of the resolution proposals presented by the political parties have. 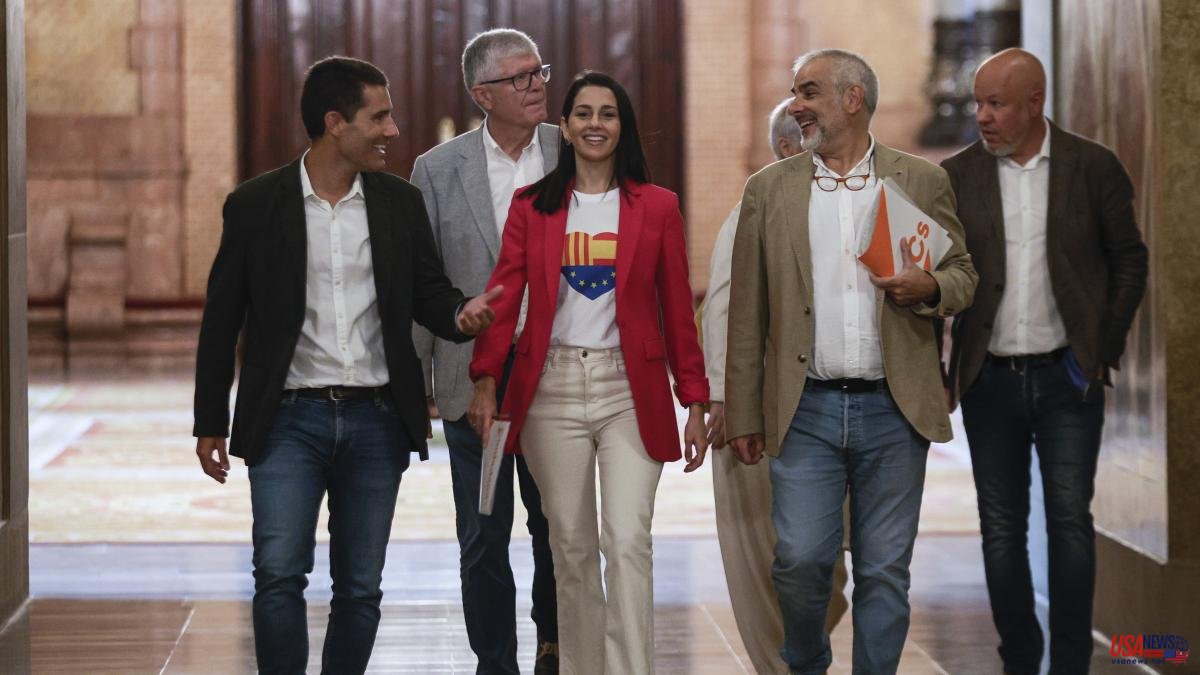 In the midst of the Govern crisis and on the eve of the second part of the general policy debate, which is being held tomorrow, Friday, in Parliament, Ciudadanos has denounced the unconstitutional nature that, in his opinion, some of the resolution proposals presented by the political parties have. independentistas and that will be voted in the plenary session.

Specifically, the group chaired by Carlos Carrizosa points out, in the request for reconsideration that it presented this Thursday to the Parliamentary Board, the Junts resolution proposals that state, on the one hand, that the referendum of October 1, 2017 was "legal and legitimate" and recognize "unilateralism and disobedience" as ways to make independence effective and "build the republic", and urge, on the other hand, the Government to "deploy specific plans to reduce dependence on political structures and economics of the Spanish State".

For Citizens, according to what is read in the document, signed by the spokesman for the parliamentary group, Ignacio Martín Blanco, Junts, with this call to "increase the sovereignty of Catalonia in all fields" and to "exercise the right to self-determination", as well as well as the internationalization of the demands of independence, contravenes the rulings of the Constitutional Court.

"All public powers are obliged to comply with what the Constitutional Court decides and, therefore, it is the duty of all the bodies and authorities of the Parliament, including the members of the Board, to prevent or paralyze any initiative that has the effect or intention elude or ignore the pronouncements of the TC", argues Citizens in their letter to the Table, which meets today, at the request of the first vice president acting as president, Alba Vergés, to address the request for reconsideration.

Along the same lines as those of Junts, Ciudadanos also points out two ERC resolution proposals -in defense of the Catalan republic and in favor of independence- for which the members of the Table "incur in serious and insurmountable violations of the Constitution" , since they have admitted them for processing even knowing their "possible criminal responsibility" based on previous resolutions of the Constitutional Court, which has warned the public authorities of their duty to "prevent or paralyze any initiative that involves ignoring or evading the agreed suspension " and of not allowing the processing of provisions contained in a contested law.

For all these reasons, Ciudadanos concludes that Junts, ERC and the CUP have presented these initiatives "with a clear vocation for illegality" and "seeking to destabilize Catalonia and its institutions in their own interest", for which they ask the Table, whose members "inexplicably" they have not been warned by any of the authorities of the Parliament of the "duty to respect" the resolutions of the Constitutional Court, to reconsider their previous agreement for the sake of their commitment to responsibility with the citizens, for which they should not, in the opinion of Ciudadanos, "Use the Parliament as a battering ram against the constitutional order".