Circus for a single man

In Girona, this High Season weekend, there has been an expectation to go to the circus. 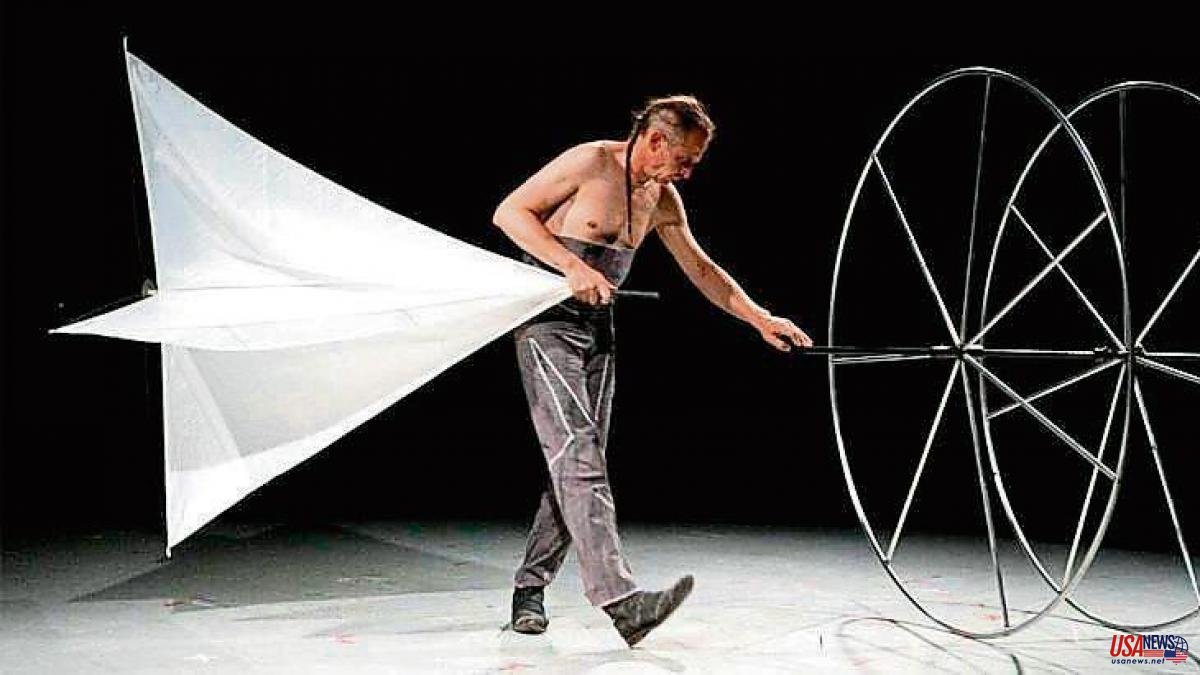 In Girona, this High Season weekend, there has been an expectation to go to the circus. In the tent set up in the Devesa park, the French artist Johann Le Guillerm presented Terces. Of circus lineage, Le Guillerm, with Cirque ICI, has distilled the numbers to achieve a show full of surprising magic.

It is a production for one man alone, but he acts with a team of five people who work like the parts of a clock. A precision that is comparable to the machines that Le Guillerm has created and that occupy the scene, or those that he himself builds in the middle of the track before the expectant and astonished gaze of the public.

Terces begins with a little paper plane and, little by little, the crafts are gaining importance until they occupy the entire circus arena. With sticks, wooden or metallic, with piles and piles of books or with machines created by his ingenuity, Le Guillerm amazes the public during an hour and a half of a never-before-seen show.

Terces has been one of the highlights of this week's programmers at the Gerund festival. But there have been more, such as the installation Flowers and Travels, from Cabosanroque. On this occasion, the Catalan company has approached the war through two writers, Mercè Rodoreda and Svetlana Alexiévich, because, as the Belarusian author says, "women explain war".

In the piece by Cabosanroque, in the rest room of the Municipal Theater of Girona, the two voices intertwine to make clear the brutality of the war, the civil war that Rodoreda lived through and the current one lived by Ukrainian women, who speak to the public with timeless words: the same animality, the same nonsense. Co-produced with Temporada Alta and the CCCB, it will soon be seen in Barcelona in the center of Calle Montalegre.

In Temporada Alta many more pieces have been seen these days, among which it is worth noting Those who must not die, the interesting proposal of the young collective Las Huecas, a reflection on the abusive business mounted around death by some funeral companies.

And some others with divided opinions among the public, such as the documentary on the installation Temple du présent (Solo pour octopus), by Stefan Kaegi; or the show by Eva Yerbabuena and Juan Kruz, Desde mis ojos, and the one by El Conde de Torrefiel, An interior image.