On Saturday, for the first time in ten days, the Trek did not get on the Giro podium. 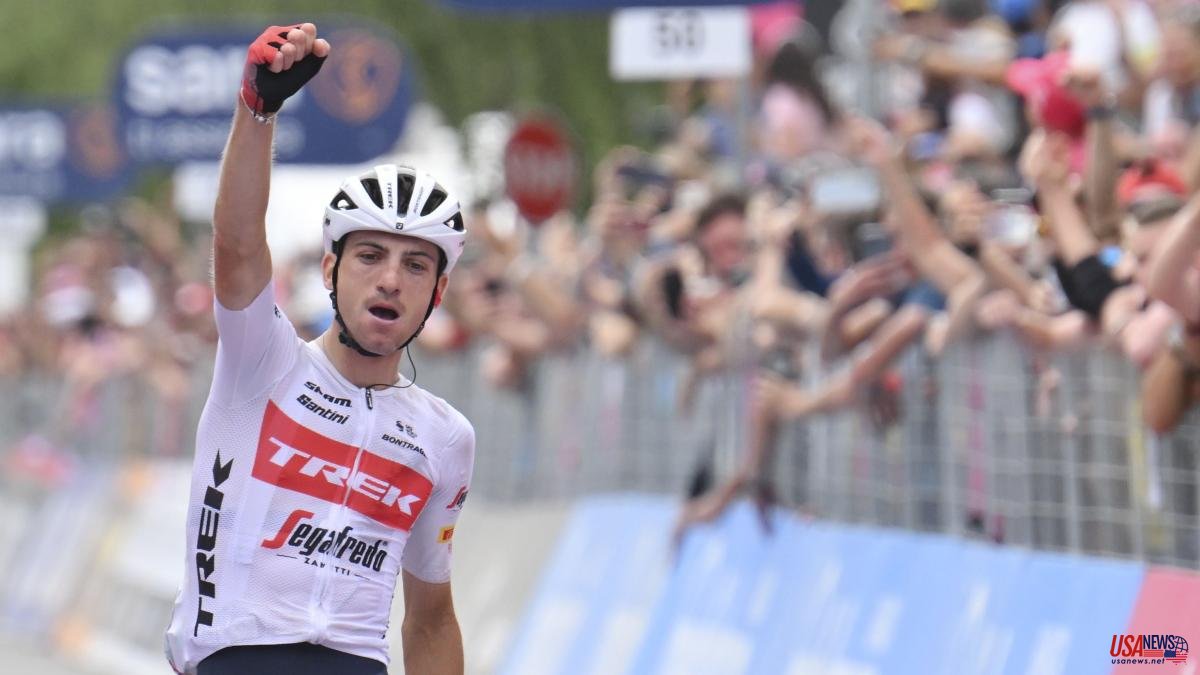 On Saturday, for the first time in ten days, the Trek did not get on the Giro podium. Juanpe López spent ten stages in pink. Finally after defending it, he handed it over in Turin, after being totally alone in the Superga. It didn't take long for the team to come back to collect an award. The Italian Giulio Ciccone, the theoretical leader of the Italian-American squad, ran so liberated without having to work for anyone that he won a stage with two ports of first and final in Cogne, second.

It rounds off a spectacular Giro for the team, which with the third week to go has had a tremendous presence in the corsa rosa, with 10 days in the pink jersey and a stage victory.

Ciccone had a hard time being close to Juanpe López on the hard days. In the Blockhaus he stayed very early and lost nine minutes. In Turin, he stayed in the first step of the Superga, when the battle broke out, and he left 13 minutes. He looked like he had no legs but in the first alpine stage he was reunited with the best version of him. Running freely, the Italian proved to be the strongest of the breakaway. "For me he has started another career," he confessed, openly saying that now he will be able to move better.

At 27 years old, because of the way he runs, Ciccone is always a bad partner in a breakaway. Because he is a good descender, because when he is inspired he goes way up and because he has grit and likes to show off. A kind of Virenque, who is adored by the spotlights. He up to three times he attacked on the long climb to Cogne. He first picked up Buitrago. Then he left Carthy.

“The strongest was in the initial part of the port. I said 'I'm going alone' because I preferred not to arrive accompanied until the end. It was my most beautiful victory”, he said at the finish line, where he again threw his glasses to the public -it is one of his traditions- and he was moved. In him, who has already won three stages in the Giro (2016, 2019 and 2022) and was the momentary leader of the Tour, many hopes of transalpine cycling fall for the three-week races now that Nibali, winner of the big three, leaves.

Between the favorites there was no battle. A truce was granted while waiting for Tuesday's stage with the Mortirolo and the Valico de Santa Cristina, on the way to Aprica. Of course, the leader Carapaz wanted to scratch a few seconds in the final sprint of the chosen group to widen his margin with Hindley, Almeida and Landa. Finally the judges did not bite time. "It has been a day of wear and tear," he summed up before the dreaded Mortirolo.