Chronicle of an Autumn Crisis Foretold 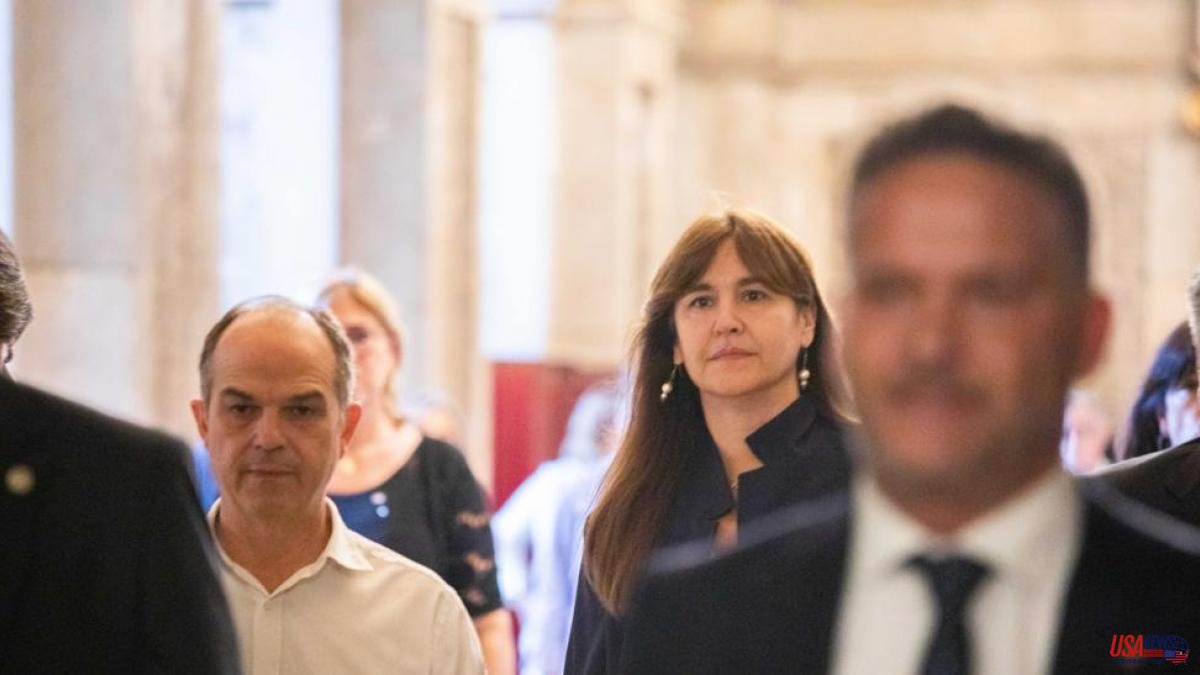 "The problem is not Laura Borràs, the problem is that we do not share the project". The diagnosis among the members of the Government is unanimous and the eyes are directed outside the Palace of the Generalitat, to the parties. Pere Aragonès avoids a possible crisis by reiterating in public that maintains confidence in all its councillors, which includes those from Junts and even Josep Gonzàlez-Cambray, who keeps open his private battle from Education with the unions for the beginning of the school year. That - with Borràs' permission - is the the Government's first open front of the season.

Aragonès is a fan of stability and the ERC needs it to buy time, strengthen the presidency and reduce electoral spaces with the PSC. The growing advantage that the polls give to Salvador Illa's party could truncate the Republican plan in the municipal elections, consolidate the PSC's hegemony in the metropolitan area, including Barcelona, ​​and, in the general elections, reduce the weight of ERC in Madrid.

ERC plays it in the autumn-winter season. Negotiating with the PSOE at the dialogue table and general budgets while containing one of the souls of Junts generates so many unknowns in the equation that they can make it unsolvable. Junts management assumes that the next two months "decisions have to be made, caixa or faixa", and, if institutionality is chosen, changes in strategy should be faced in its presence in the Government. In a few months, the technical relief of Josep Maria Argimon in Salut –if he joins a candidacy of Xavier Trias in Barcelona– could facilitate some extra adjustment. There is a lack of post-convergence leadership in the Consell Executiu, they say.

The internal clash is served because in the post-convergence leadership supporters of "burning everything" converge with leaders "more autonomous than Aragonès", according to cross definitions of each sector. Finding the thread that allows the party to be coherent is Jordi Turull's challenge at the meeting called for the 29th where the first analysis of the audit of the pact with ERC will be carried out.

In practice, the evaluation is more than done. "The deal doesn't work." ERC has imposed its strategy on the Government and Junts is hostage to its internal impulses. There is no possible entry of the dialogue table in Junts when half an hour before starting in Moncloa the TSJC official appeared before Borràs to officially notify the opening of oral proceedings for his management of the ILC.

Hot decisions have been avoided, but the self-imposed reflection by the executive forces a political position to be defined in September that will conclude with a demand for review-updating of the government pact with ERC. The pro-independence leadership is at stake and Junts has more than indicated the pending accounts with ERC: the space for strategic management of parties and entities has passed away, contacts are limited to bilateral channels and behind each other's backs; there is no coordination in Congress; and the partial agreements of the dialogue table do not fit in with the objectives of self-determination and amnesty. For Junts, those pacts are not from the Government, and for Aragonès, they will be as long as Junts does not leave.

The Diada will be more or less lucid; at the end of September, Junts wants the general policy debate to be a turning point and abandon the image of a volatile party. The aim is to achieve a mandate from Parliament that underpins a strategy of joint confrontation; Aragonès calls for a "concrete, viable, realistic and applicable" proposal and hopes to arrive at the appointment with some ace up his sleeve of dejudicialization. The fifth anniversary of 1-O, with the Consell per la República of Carles Puigdemont as the battering ram of the mobilization is the other ingredient for the autumn crisis among independentistas. In parallel, the ERC wants to negotiate the budgets with the commons in Catalonia and with the PSOE in Madrid.

The Republican dead-line is December 31, with the vote on the accounts compromised and the reform of the crime of sedition on the table. It would not be credible to spend months talking about modifying the Penal Code and not having the scenario drawn and the votes guaranteed. For ERC, the majority exists, as long as the doubts are not in the Socialist caucus. If the progress promised at the dialogue table does not arrive, ERC could only take steps in another direction. And the crisis would be another…