Christos Papadopoulos, the fashionable Greek, brings his dance of constant change to the Grec

European opera houses raffle it off. 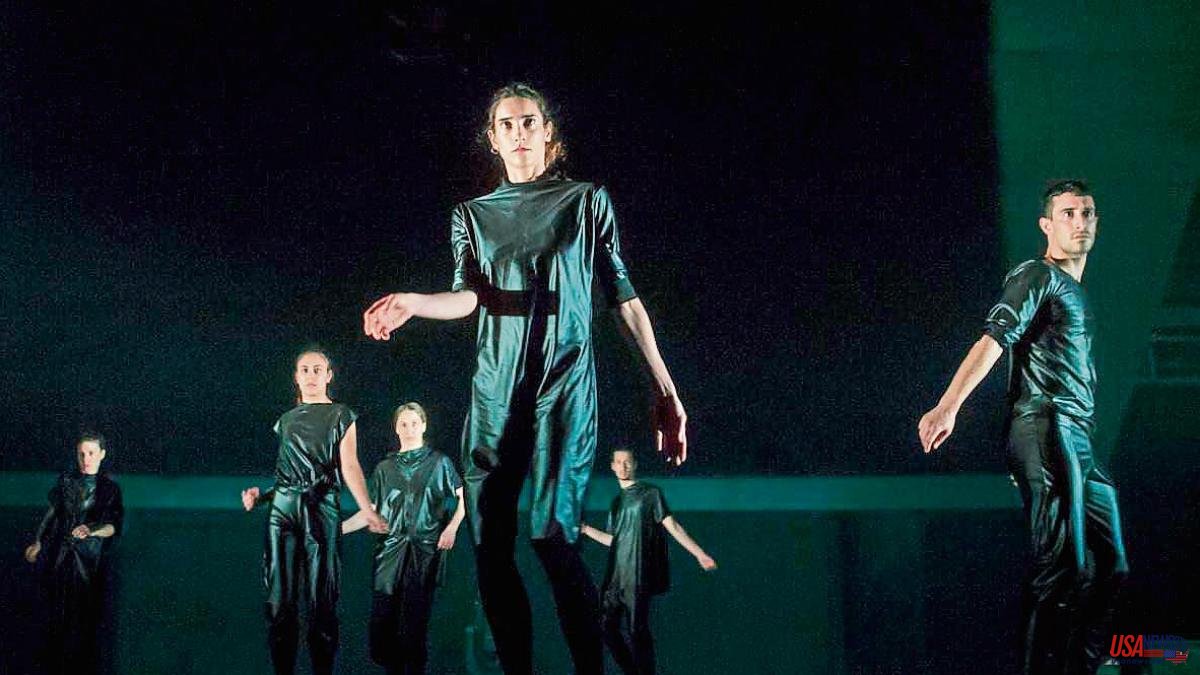 European opera houses raffle it off. Both the corps de ballet – he already has a commission from the Ballet de Lyon – and the stage directors, who see in his work something new but loaded with depth and awareness. However, Christos Papadopoulos, the rising star of European dance, takes his time. In eight years, since he founded his company Leon kai Lykos (Lion and Wolf), he has created four pieces.

“I know, I am very slow. I like to macerate the work, and that there are extensive tours, otherwise, what is the point of so much effort, ”he argues. The fashionable Greek is one of the musts of this Grec and Larsen C – today and tomorrow at the Mercat de les Flors – is the best business card for those who are unaware of his work.

With his poetic and minimalist dance – a label he rejects – this Athenian is part of the current burst of talent on the Greek scene, along with names like Dmitri Papaioannou, in whose company he danced as a young man.

Larsen C is his new research on the way in which human beings adapt to change, to changes as elementary and everyday as the solar variation throughout the day. In other words, through the repetition of movements, the way in which we perceive the world is questioned.

“The idea came to me while driving through the woods while listening to classical music. I had the impression of being in Vienna and not in the Alps. And then I put on folk and I felt like I was in Greece going to my grandfather's house for a vacation. My whole perception changed drastically, and I realized that throughout the day we changed. The light changes and emotionally, we don't realize it, but our energy transforms, ”she points out. "And I started thinking about how we could apply these changes in the body, how it changes the perception of the body itself, that complex and efficient system, and how we can alter attention."

His show takes its name from a large iceberg in Antarctica. Norwegian Carl Anton Larsen discovered in 1893 a huge bar of ice that he named after himself. Climate change divided it into two and in 2017 a third part detached. The seven dancers therefore represent a metaphor for the great mass of ice that melts and decomposes into smaller elements. And Papadopoulos activates the mental game of perception by proposing movements that seem repetitive but are constantly changing.

"I soon saw that choreography does not interest me," he concludes. I don't want to see dance, I want to see human beings exploring and bringing their imagination to the stage. I look for that movement or body language that can support the story without being the story. I want to diminish the movement, give it less importance to find humanity.”