Christina Rosenvinge: "Sappho was the equivalent of a rock star, a Bob Dylan"

Christina Rosenvinge takes to the stage for the first time tonight as a stage actress. 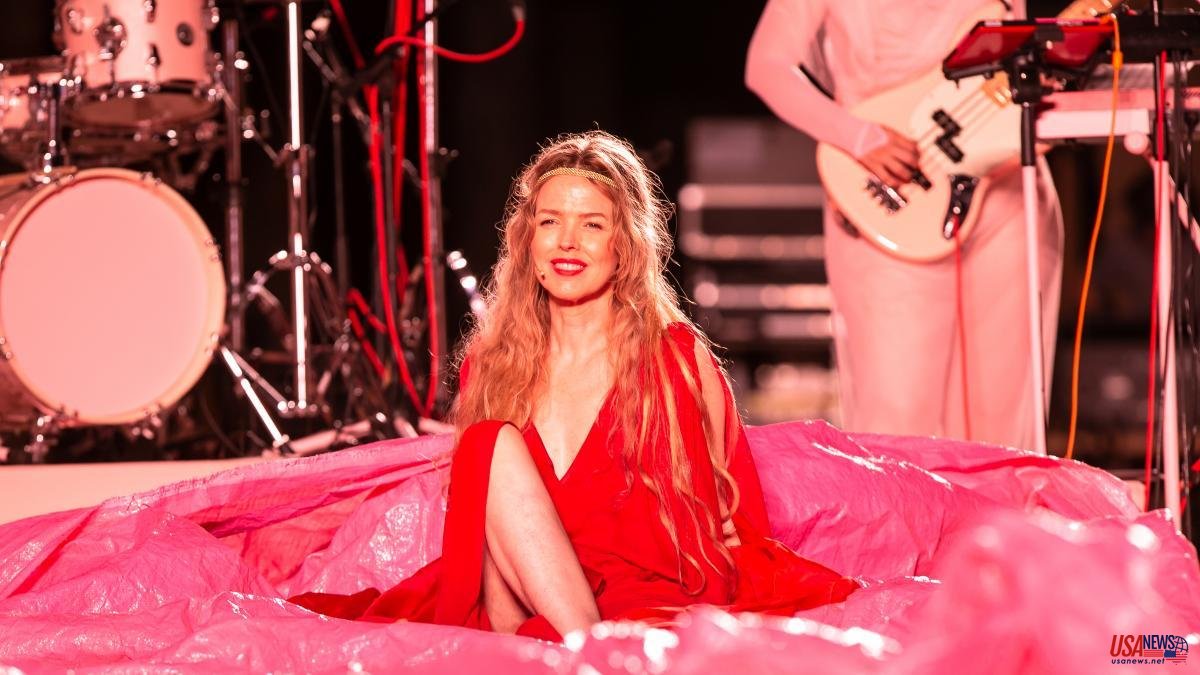 Christina Rosenvinge takes to the stage for the first time tonight as a stage actress. And, to begin with, she does it no less than before 3,000 spectators at the Roman theater in Mérida. At the International Classical Theater Festival in the capital of Extremadura – where she will be until the 10th, before going to the Romea theater in Barcelona from the 14th to the 24th as part of the Grec festival – she will give life to Sappho, the great poet who lived 2,600 years ago and whose verses, in which passion and desire are manifested freely and without any guilt, have opened paths for generations. If her poetic power and freedom impacted from Ovid to Ezra Pound, the love she manifested in the verses that have come down to us in fragmentary form – except for the Hymn to Aphrodite – have made her name and her island, Lesbos, synonymous with love between women. .

Now Rosenvinge, accompanied by two important names on the theater scene, the playwright María Folguera and the director Marta Pazos, and by singers and actresses, stars in a Sappho in which the poet who sang at weddings and freely proclaimed her wish asks the muses what will become of his name and they accompany him through the centuries. A montage for which the singer has turned her poems into songs that range from rock to Latin rhythms.

Rosenvinge remarks that the proposal from the Catalan production company Focus to make a great scenic poem with the Greek poet "is the type of calls that one would like to receive every day, the proposal could have come out of me perfectly, and it was miraculous that they gave me absolute freedom to choose with whom and how”. And she remembers that she proposed to them "return Sappho to music, because her poems were sung, that's how they met in her time, they weren't written until centuries later." “And –he adds– I did not want to recreate what it could have been, but its equivalent today: it was famous, its face reached the coins, it transcended borders and centuries and its songs were learned by word of mouth and were considered a Canyon. She would be the equivalent of a rock star, a Bob Dylan. I have turned the Hymn to Aphrodite into electronic rock and it is surprising how modern it is, it could have been written today. The themes range from lyrical singing to rock, passing through some Latin genres”.

That he confesses that even the work had a general notion of Sappho: "That she had been a great poet, a great influence on Pound, who gave her name to two adjectives, sapphic and lesbian... but she was not clear about her figure or the evolution of its myth through the centuries. In fact, she thought that she had committed suicide and that myth was the first to fall: Ovid invented it. And she has surprised me how transgressive she is. She always speaks of love in an erotic and sensual sense, there is no guilt or regret, there is no desire to retain love, there is no jealousy, or when there is it is in a funny way, there is no pain. It is a song to life, to sensuality, to the body, to the senses, to small things. Where the epic poets praise wars, victories, blood and honor, she sings to the flowers, to the meadow you step on with your feet, nature. She is the first to treat the loving self, love in an epic way. The epic of her conquest is the loving one, ”she concludes.