A day after experiencing the largest wave of protests against the zero covid policy, the Chinese authorities reacted with censorship on social networks, new arrests and blaming "forces with ulterior motives" for linking a deadly fire that triggered the mobilizations with the government anti-covid measures. 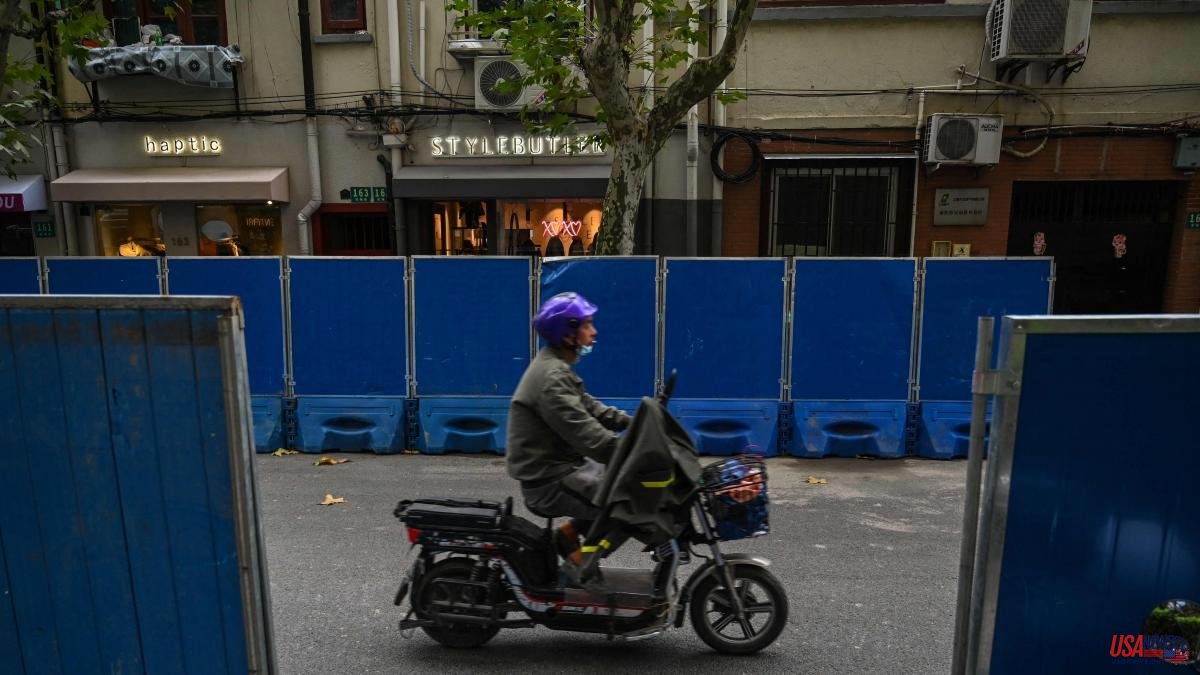 A day after experiencing the largest wave of protests against the zero covid policy, the Chinese authorities reacted with censorship on social networks, new arrests and blaming "forces with ulterior motives" for linking a deadly fire that triggered the mobilizations with the government anti-covid measures.

The fire that left ten dead and nine injured took place last Thursday night in a block of flats in Urumqi, capital of the Xinjiang region. Many consider that the victims could have been saved had it not been for the anti-covid measures that kept the area semi-confined and that made it difficult for the firefighters to act.

The event sparked a wave of online criticism across the country that after a few hours materialized in street protests in numerous cities such as Shanghai, Beijing, Nanjing, Chengdu or Wuhan.

At these rallies, the attendees showed their weariness with the zero covid policy and with blank sheets of paper in hand, a symbol of rejection of the censorship that operates tirelessly, asked for an end to the restrictions shouting "We want freedom!" "Open China!" or "We don't want more PCR tests!", referring to the obligation to undergo this type of test several times a week.

In Shanghai, the country's financial lung, there were even rants against the Communist Party and its leader, Xi Jinping, a highly unusual display of discontent in a country where displays of public dissent against authority are expensive.

Asked about this on Monday, the Chinese Foreign Ministry spokesman, Zhao Lijian, pointed out about the origin of the marches that "in social networks there are forces with ulterior motives that link this fire (in Urumqi) with the local response to covid-19". .

In his speech, the spokesman also made reference to the arrest of a journalist from the British channel BBC who covered the protests in Shanghai. According to the British media, his employee, Ed Lawrence, was "beaten and kicked by the police" while he was held for several hours before being released. Far from condemning what happened, Zhao assured that the BBC press release does not reflect what really happened and that the reporter did not identify himself as a journalist.

The spokesman's words break with the sepulchral silence maintained until now by the state media about what happened. While the protests dominated the front pages of half the world, in China they were reserved for the results of the municipal elections in Taiwan, the launch of the Shenzhou-15 space rocket or the latest economic figures.

Only some internal news referred to the difficult pandemic situation that the country is going through, where today the record for infections was broken again for the fifth consecutive day with 40,347 new positives, and the need to maintain controls to prevent infections from running rampant .

"Without these strong measures, the consequences could be disastrous for a country with 1.4 billion inhabitants, including 267 million over the age of 60 and more than 250 million children," said a text from the state agency Xinhua.

Meanwhile, if censorship works at full capacity on social networks to try to erase all traces of the mobilizations, at street level the presence of agents was notorious in those places where the mobilizations had the greatest weight.

That was the case in Shanghai, where the road where the protesters gathered on Saturday night woke up open to traffic but flanked on the sides by blue fences with which to make new mass gatherings impossible. According to Agence France Press, at least two people were arrested today in that same place for "not obeying the orders" of the agents, who also ordered several passers-by to delete the photos they had taken.

In the absence of knowing if it is an explosion of specific discontent or it is the beginning of greater mobilizations, what happened this weekend represents a challenge of the first order for the Xi Jinping government, which has made the covid zero policy one of the fundamental pillars of its political legitimacy.

According to various analysts, the president now faces a dilemma that is difficult to solve. On the one hand, a sudden relaxation of controls could trigger a sudden increase in deaths from covid, especially among the most vulnerable groups, and the collapse of the health system, dangers of which the authorities themselves have been warning from the beginning to justify its restrictive policies. On the other, the continuation of his policy without changes or a wave of arrests and punishments against critics risks fueling discontent and sparking new mobilizations with uncertain results.