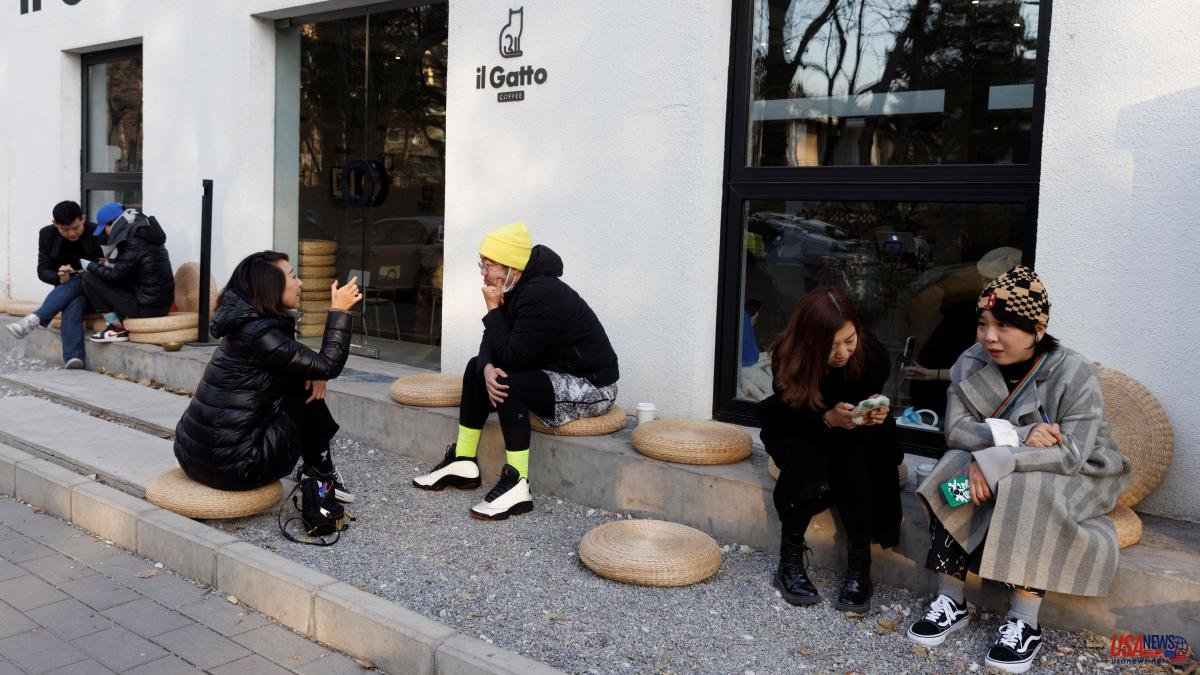 Greater flexibility to carry out home quarantines, fewer mandatory PCR tests or new barometers to refine the definition of high-risk areas. These are some of the relaxations of the strict covid zero policy announced yesterday by the Chinese government, an implicit concession to public discontent manifested during street protests that took place in several cities last week.

The package of changes announced yesterday by the State Council (the Chinese Executive) does not imply the blowing up of the strategy adopted three years ago. But it does represent the most significant step to date for the controlled dismantling of this policy that has caused so much damage to the economy (the forecasts for this year fall by more than two percentage points from the initial objectives), and it shows that the country is prepare to live with the virus.

One of the most celebrated alterations is the one that establishes that those who are asymptomatic or with mild symptoms “who meet certain conditions” will be able to isolate themselves at home instead of having to do so in a hospital or a government center, as was mandatory to date. In recent months, numerous videos have circulated on social networks in which agents are seen forcibly removing citizens from their homes to enter them in these quarantine centers, where hygiene or food conditions sometimes leave much to be desired. .

The change adopted also reduces the frequency with which citizens must undergo a PCR test, which in many parts of the country had become an almost daily obligation to be able to move or use public services. From now on, it will not be necessary to show a negative test to access public places – with the exception of hospitals, nursing homes and schools – or to travel between regions or provinces.

The change in protocols also reaches the definition of high-risk areas. The detection of a positive case in a home cannot lead to the confinement of the entire building, neighborhood or neighbourhood, but will be limited to the affected dwelling. It is also stipulated that classes are face-to-face unless a positive is confirmed at school, and it is prohibited to "obstruct doors" with fences or other types of closures, a practice that has been common these years. In late November, the death of ten people in a building fire in Urumqi was blamed on an alleged blockage of escape routes. The outrage unleashed the wave of protests. Most called for an end to the controls, but slogans were also heard against the Communist Party or its leader, Xi Jinping, who has made the zero covid strategy one of its sources of legitimacy.

Since then, the strong police presence in the streets has prevented new mobilizations. Even so, the authorities took note and several local leaders have been relaxing prevention measures in recent days. Now, the Government unifies criteria and gives guidelines so that local administrations apply the same instruction manual.

With the country registering its biggest outbreak in three years of pandemic (more than 30,000 daily positives in the last week), neither authorities nor state media have conceded that the change of course is the result of popular discontent and describe the measures as a planned transition that it adjusts to the "new situation" that favors the low pathogenicity of the virus and the high vaccination rate of more than 90% of the population. The change of script in the state media is notable, where the space occupied by alarming texts about the dangers of living with the coronavirus is now occupied by articles and interviews with experts in which the risk of the omicron variant is minimized. "In the last three years, the virus has weakened and we have become stronger," reflected a recent comment from the official Xinhua news agency.

Many received yesterday's news with relief. On social networks, comments with positive messages multiplied. Just two hours after the announcement, the search volume for flights for the Chinese New Year festivities had registered an increase of more than 600% compared to the previous day. The news was also celebrated by foreign investors. “This policy change is a big step forward. I hope the country will fully reopen its border no later than mid-2023," said Zhiwei Zhang, an economist at Pinpoint Asset Management.

However, not everyone is satisfied in a country with little group immunity and a weak health system, and many voices warned of the dangers of dismantling controls for vulnerable groups such as the elderly. In recent days, the Executive has emphasized the need to "accelerate" the vaccination of the elderly, quite reticent to date. Only 65% ​​of those over 80 years of age have received both doses and 40% the booster vaccine.

Another problem is that China has nine vaccines approved by regulators, but none have been updated to control the omicron variant and its more contagious subvariants. In addition, authorities have yet to give the green light to use any of the foreign-made serums that clinical trials show are more effective against serious infections.