In what represents a significant change of course in its policy, China announced this Wednesday that those infected with asymptomatic or mild symptoms "who meet certain conditions" will be able to isolate themselves in their homes instead of having to do so in a hospital or government center, as yes it was mandatory to date. 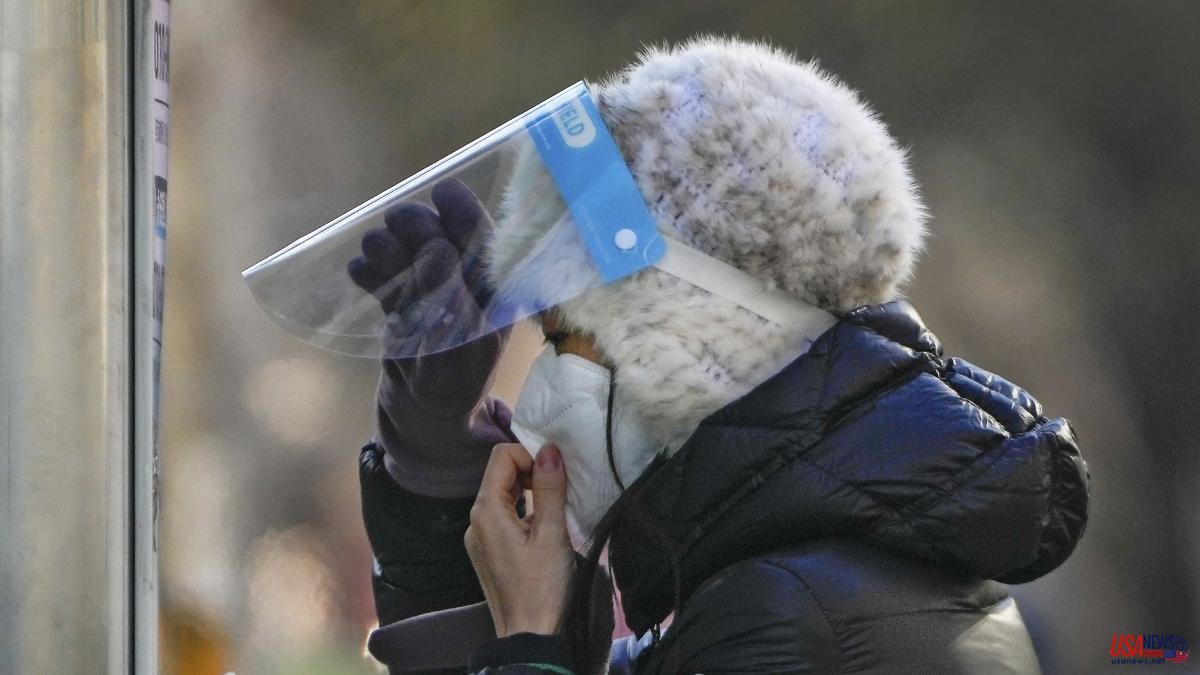 In what represents a significant change of course in its policy, China announced this Wednesday that those infected with asymptomatic or mild symptoms "who meet certain conditions" will be able to isolate themselves in their homes instead of having to do so in a hospital or government center, as yes it was mandatory to date.

The novelty is part of a new package of measures announced this Wednesday by the State Council (Chinese Executive), an important step in relaxing the harsh zero covid policy in force since the pandemic began.

These also include the reduction in the frequency of PCR tests on the population. From now on, it will not be necessary to show a negative test to access public places -with the exception of places such as hospitals, nursing homes and schools- nor to travel between different regions or provinces. The removal of this requirement will facilitate mass travel on dates as important as the upcoming Lunar New Year holidays.

Both the need to undergo routine nucleic acid tests several times a week and the isolation measures for those infected and their close contacts were two of the most controversial aspects of the old anticovid protocols.

In recent months, numerous videos have circulated on social networks in which Chinese officials are seen forcibly removing citizens from their homes who must be admitted to these centralized quarantine centers, where hygiene or food conditions are in times leave a lot to be desired. In the spring, the measure also generated much criticism during the confinement in Shanghai, since it made it necessary to separate positive children from their uninfected parents, although popular pressure led to the measure being revoked in the end.

Another of the changes announced today are the new measures to refine the definition of high-risk areas and avoid annoying mass lockdowns of entire housing complexes if any contagion was found inside. According to the new protocols, the detection of a positive case in a home cannot lead to the confinement of the entire building, neighborhood or neighbourhood, but will be limited to the affected home.

The new package of guidelines also stipulates that classes will be face-to-face unless cases are detected at school, and that the canteens and sports centers of educational institutions must function normally.

It also highlights the prohibition of "obstructing doors" with fences or other types of closures, a practice that has been common these years in buildings with infected people and that has caused protests due to the dangers involved.

At the end of November, the death of ten people in a fire in a residential building in Urumqi (west) was attributed to an alleged blockage of escape routes. Although the authorities denied it, the outrage unleashed a wave of protests that spread throughout the country against the harshness of the anti-covid measures imposed by the authorities. Most of the protesters called for an end to the controls and greater freedom, but slogans against the Communist Party or its leader, Xi Jinping, the main endorser of the zero tolerance policy, were also heard.

Since then, the strong police presence in the streets has prevented new street mobilizations from taking place. Even so, the authorities took note of the discontent, and several cities have been announcing locally the relaxation of strict prevention measures in recent days. Today's announcement is the clearest sign to date that the central government is working to dismantle its zero covid policy and is preparing to live with the virus, as has happened in the rest of the world.

It is also significant that this turnaround comes at a time when the country is experiencing the largest outbreak of the entire pandemic. Despite the high number of cases registered by Chinese standards (more than 30,000 daily positives), the authorities and official media have varied their discourse to reduce the dangers of the coronavirus in the eyes of public opinion.

In recent days, the official media have minimized, through various articles and interviews with experts, the risk of the omicron variant. For her part, Vice Prime Minister Sun Chunlan, in charge of supervising the zero covid policy, assured last week that the low pathogenicity of the virus and the high vaccination rate of more than 90% of the population, among other factors, have "created the conditions" for the country to "adjust the measures against the pandemic" as it is in "a new situation."

The Chinese Executive has also emphasized the need to “accelerate” the vaccination of the elderly, one of the most vulnerable groups but also one of the most reluctant to inoculate. Only 40% of those over the age of 80 have had a booster shot.

Following the damage done to the Chinese economy by lockdowns and controls, investors welcomed the prospect of a recovery in the world's second-largest economy and the possibility of a shift toward lifting strict border controls next year. “This policy change is a big step forward. I expect the country to fully reopen its border by mid-2023 at the latest,” said Zhiwei Zhang, an economist at Pinpoint Asset Management.

For their part, numerous citizens showed their joy at the announced changes on social networks. However, others were more cautious and questioned the speed of the measures, since they believe that the health system could collapse and that many elderly people will die if the virus circulates without hindrance.