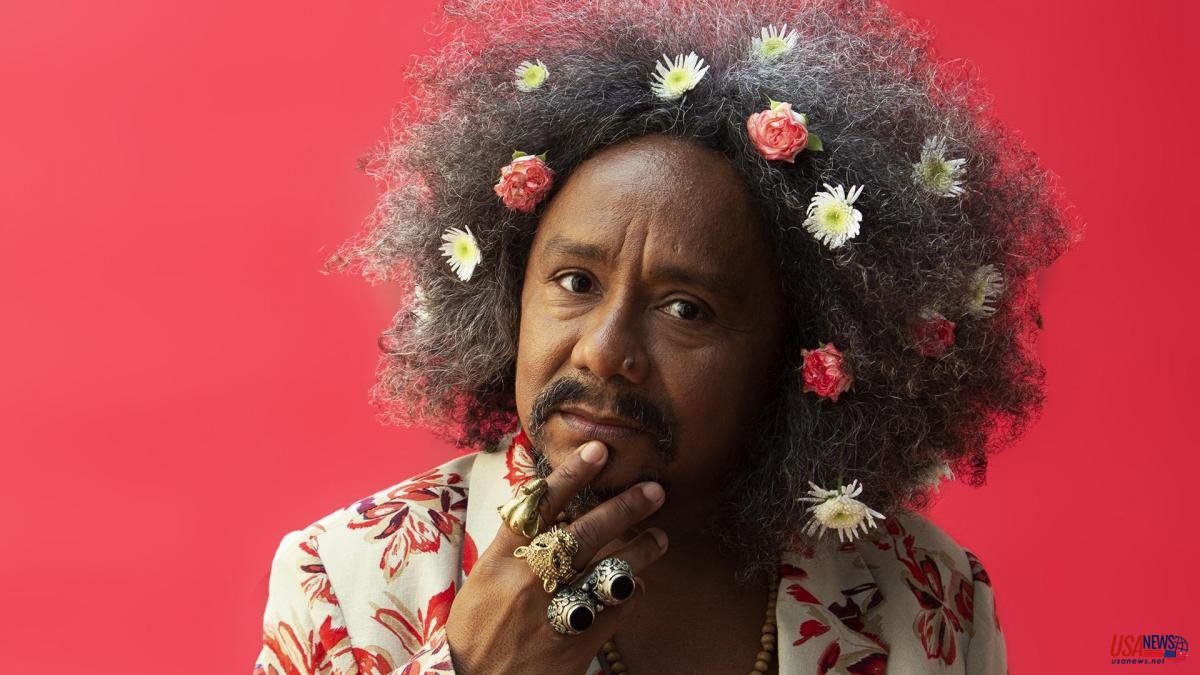 A very stylistically open work, where urban rhythms, Brazilian forró, calypso or reggae coexist, skilfully cooked by the French producer Jean Lamoot and with collaborations from outstanding African musicians such as Salif Keita or Ray Lema.

A prolific accomplice -he is co-author of Soberana rosa de Sting, for which he received a Grammy- César is also characterized by his social and political activity, topics he spoke about with La Vanguardia days before the elections held yesterday in his country.

Is the title of the album and its theme influenced by the effects of the coronavirus, as shown, for example, in the song Superhuman?

Yes, broadly speaking, the name of the album has to do with the collective exit from this state of isolation to which the coronavirus epidemic subjected us. Many of the songs were made during the pandemic, although not all of them are about the epidemic itself, like that Superhuman, who says that this is a superhuman challenge, that it is above us, above humanity. In this sense, the title of the album, Dresses of love, means that to find the people we want to meet, to embrace, to receive the other, it is necessary to be dressed from the inside out with an open heart in bloom.

Reclaiming love as something that is born within oneself and comes out, is it a reflection of how agitated Brazilian society and the political situation have been since the arrival of Bolsonaro?

No, it has nothing to do with Bolsonaro, he is an event, it will pass. In 2020 I released the song Bolsominions which is about Bolsonaro, this is a more specific song about him, about the chaos that gave rise to Bolsonaro and that will surely remain until it goes out. We want and work for Bolsonaro to disappear from the political scene. Vestido de amor, on the other hand, is much more a celebration of life and the whole album has to do with that, it has to do with life.

The ills of Brazil do not begin with him, then.

The ills of Brazil do not begin with Bolsonaro, Brazil has always been a country in conflict despite the fact that it is hidden by a supposed cordiality. The way in which the Europeans, Portuguese, Spanish, Dutch and French came to a place that came to be called Brazil and how they treated the natives, the indigenous people and how they took the free men transformed into slaves in the slave ships, this is in a way the origin of current Bolsonarism. That reflects that Brazil is experiencing a deep decline of its democratic values. But the album is about something deeper, more emotional and I think more permanent.

You were in fact directly involved in Brazilian politics in the past.

Why the collaborations on the album with Ray Lema and Salif Keita?

Salif Keita and Ray Lema are for me two great references of African music. The first time I heard Salif Keita was precisely in Spain after a Monserrat Caballé show. And he was with a friend, Javier Baus, and he played a K7 [cedar acoustic guitar], which he had never heard. At that moment I asked him, "Javier, what is this?" and he told me "it's Salif Keita" and he went around to the other side of K7 and I listened quietly and when he finished I asked him "and what is Salif Keita?". Then he explained to me that he is a man who was born white albino, where only blacks are born in a town in Mali and he is a very special man, he is noted for the music he makes. And in fact I was so impressed by Salif Keita that when I returned to Brazil I wrote A prieira vista and started a band with drums, electric guitar, bass. keyboards... Before I played more solo with voice and guitar and sometimes percussion, but then I wanted to do something powerful like what Salif did and does with his music. And I met Ray Lema in person at the same time, and in '97 at a festival in São Paulo, they took him to my house and when we met we hugged like two brothers who had been separated for a long time, we cried, we played the songs of the other...

How would you say the current Brazilian music scene is?

She is very rich. It is incredible a country that has from Elomar Fieira de Mello, who is a man who makes a song in his own line, almost medieval, in the interior of Bahia, in Vitoria da Conquista, to Anitta or Pablo Vittar. They are all very good, both the one that drinks in a tradition and the one that creates that tradition, like the new music, the explosive pop... I love Brazilian music. I am very proud to be part of this, to be in the middle of it all, and I see it with great optimism. Brazilian Popular Music is the force that never runs out.

If you compare your first album, released in 1995, with this Love Dress, do you feel nostalgic for that music scene, or the opposite?

Nostalgia no, I like the present, the present is a gift. Sometimes we lose a lot of time, the present time because either we are nostalgic for the past of something that has already been lived, an old love, childhood, the release of the first album, or we are anxious for a future that never comes as if it were a saudade. futuristic. I think the best form of saudade is to love the present, I love being alive now, I love doing it, I love making music now, I love the challenges that our time imposes on us. I know that the music I make is more related to long syrup than to hits and I like that a lot... sometimes here or there a hit appears that grabs more people, more generations, but I like it a lot, I like this a lot. It looks awesome. I feel that at the time I released my first album, it was when Lenine, Carlinhos Brown, Daúde, Manu Chao were emerging, the world was all more open to listening to world music as a whole, that is, the world was listening more. Now it is less open because politically it is less open, but it is up to us to open the door and show how good it is to be diverse and to fraternize in this diversity.

Before finishing, who accompanies you on stage?

With me on this tour I have two Brazilian women musicians, the bassist Ana Carina Sebastiao and the drummer Simone Soul, the Brazilian guitarist who lives in Paris Rodrigo Viana and the French keyboardist Julien Agazar. In the repertoire that we play there are eight songs from the new album and I also bring the entire career repertoire, that is, Beradeiro, Mama Africa or A primeira vista. And I want to take advantage of the fact that we play in Barcelona to meet the polite and affectionate Brigitte Vasallo. I read her book O Desafío Poliamoroso, which shed a lot of light on me, that made me fall in love with her, because of the subject, because of her, because of her sincerity.