Behind an apparently hermetic figure hides a businessman who lives by and for work. 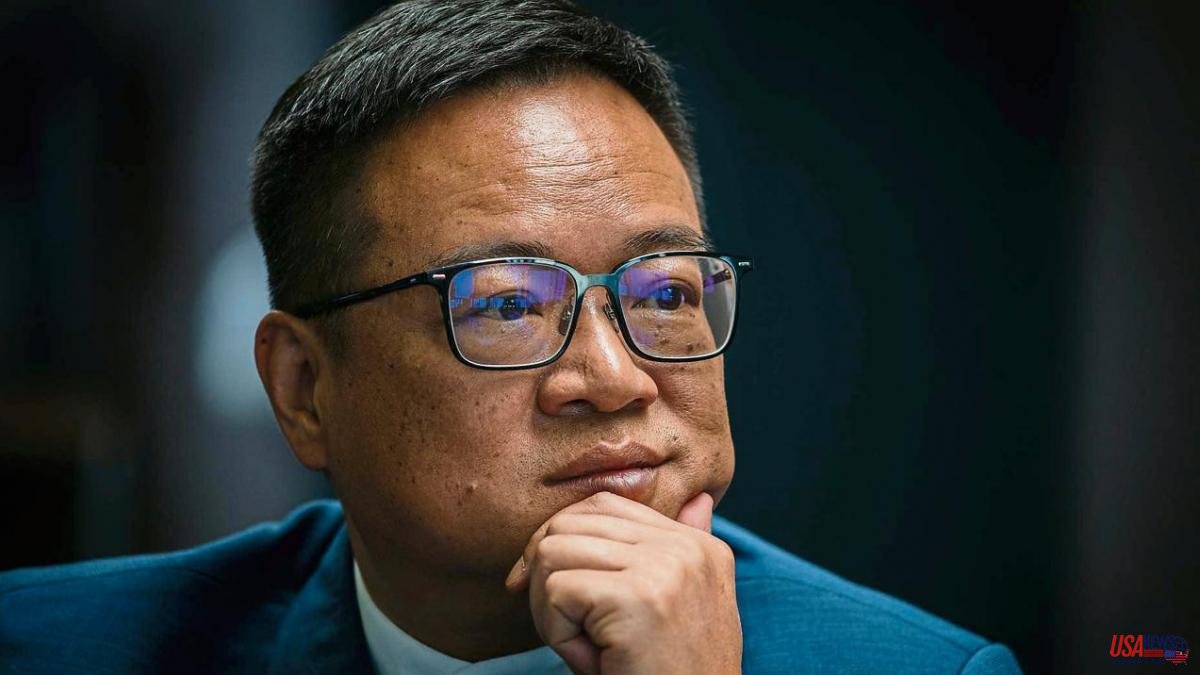 Behind an apparently hermetic figure hides a businessman who lives by and for work. In the life of Chen Yansheng (Pumei, Guangdong, China, 1970) the values ​​of effort have been the key to success. Thus he built a toy empire of more than 1,200 million euros. That tries to transmit to Espanyol since 2015.

Where does your passion for football come from?

Since I was little I watched soccer because my father liked it.

Was he going to the field?

Nerd. At that time there were no good fields in China. They were athletics. I followed elite football on TV.

Was your family humble?

I was born in a very small town in southern China. It's called Pomei. My parents were farmers. After my father died when I was 25 years old, I began to undertake.

Did you already have the dream of owning a football team?

No. It was something unimaginable.

What toy made you rich?

The whole toy sector in China knows that I started with an electronic ball, it was my first success. I liked football and wanted to start in the sector. So I thought an electronic ball that runs on its own on the ground might be something fun. At that time, in 1995, it was very innovative.

And why make toys?

In my region there was a concentration of toy factories. I started with a small workshop and few workers. But I am lucky because it has coincided with a time of great economic growth in China.

Did you always do well or did you have any business setbacks?

Many difficulties, especially at the beginning. But success is tied to persistence. Keep working and believing.

How much have you risked?

Much. But my philosophy and Rastar's is to measure the risks. Be creative and innovative. Do not stay in the comfort zone, but with an acceptable risk.

Has success changed you?

I've always been like this. I am an entrepreneur and I continue to do so.

You represent what in the West is called the American dream, do you see yourself reflected?

I consider myself a person who is constantly in that process, but I have not achieved the American dream. I want to keep fighting. The best example is the other Rastar company. Produces a type of plastics. It has been making the same product for 36 years, but growing for 36 years.

How demanding is it?

I think you can always do better. I remember that in the nineties we received an order from Real Madrid for some Formula 1 toys. They asked to finish it in a short time. Rastar was the only provider that took the order. Then Madrid wanted to give me a gift and I asked for a Raúl shirt. I still have it on display at the factory.

Do you watch a lot of European football?

At least I have not missed Espanyol games.

How do you celebrate your triumphs?

Not partying (laughs). But a family celebration yes. At home.

Why did you choose Espanyol?

I like football and Barcelona. And coinciding with a visit there was this investment opportunity. Later I discovered that it is a struggling club, very much in line with Rastar's values. A company that struggles to face difficulties is the best to invest in.

They say of you that despite having a fortune you are humble.

It has nothing to do with how you are as a person. I work everyday.

He ended Espanyol's debt and did not leave after relegation. Is Chen's word important?

The word has to be at the first level of importance. The first message when I arrived was that a payroll would never be delayed again. And it hasn't happened again. Through management we give the image of a serious institution. Espanyol must be the most rigorous club.

Does certain criticism hurt you after having invested so much?

First of all I am a fan. That's why I understand them and do self-criticism. The fans want the best for the club.

You sold a house in Barcelona before the pandemic. Will you invest here again?

It took a long time without being able to come and was wasted. Maybe I'll consider something more practical. Apartments to be in a more comfortable area. We'll see.

Does that mean that the offers for the club do not convince you?

There have been no direct contacts. They are rumors that destabilize the club.

Do you have many years left?

At the moment I have no plans to sell.