Cheat or bug in the Garden? The Warriors hoop was higher than regulation

If there is a team in the NBA with a close connection to mystique, legend or folklore, it is the Boston Celtics. 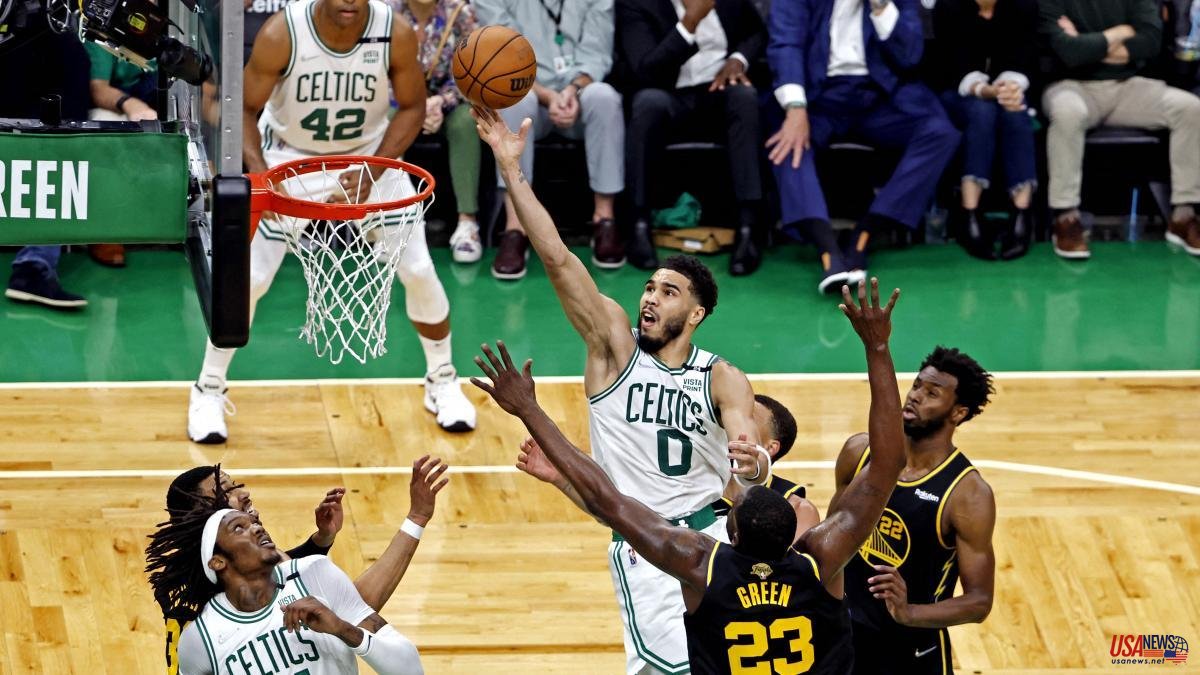 If there is a team in the NBA with a close connection to mystique, legend or folklore, it is the Boston Celtics. The leprechaun designed in the 1950s by Zang Auerbach, brother of the legendary trainer Red Auerbach, for the franchise shield is proof of this. A thousand stories surround the team and its pavilion, until 1997 the Boston Garden, now the TD Garden. From the floor to the rim, the Celtics arenas are governed by other rules.

In the third game of the 2022 NBA Finals between the Boston Celtics and the Golden State Warriors, the series went to Massachusetts for the first time and the home team managed to win, 116-100, and get ahead in the race for the ring. . However, the curious detail of the meeting occurred during the warm-up.

The hoop in which those from San Francisco practiced was five centimeters above the regulation 3.05. The players, accustomed to throwing a basket day in and day out, noticed the difference and told the referees, who checked it and confirmed that it was so. So the Warriors' warmup was paused for a couple of minutes to correct the height of the rim. A detail that, although anecdotal, could affect the concentration of the team. In fact, at the end of the first quarter they were already down by 11.

The game at the limit of Draymond Green's legality is giving a lot to talk about. This time, although it is not known if it was an intentional ruse on the part of the Celtics or a mere mismatch due to some other reason, it was Ime Udoka's men who benefited from a maneuver in the limbo of the permissible. Whether it's the demolished Boston Garden or the current TD Garden, the Celtics' arena is a venue no one willingly visits, least of all in the NBA Finals.

However, the almost mythological aura that hangs around the home of the Boston Celtics emerged even before the move to the Garden. The first pavilion in which the newborn franchise was installed, in 1946, was the Boston Arena, a venue that housed the ice hockey team. But it needed to be adapted to the practice of basketball. That task was entrusted to a renowned craftsman and carpenter in the city at the time, Anthony DiNatale.

With a budget of $11,000, he collected wood accumulated in a World War II military barracks, which had been used to build barracks during the war. As the boards were too short, DiNatale came up with a totally original design, different from the rest of the parquet of the time: he began to place the wood following the characteristic alternating pattern that the Celtics pavilion still maintains today.

When the team moved to the Boston Garden in 1952, it took the ground with it. The layout and the peculiar characteristics of this parquet, which in itself is accompanied by an almost mythological air for coming from wood used in war, were the subject of complaints and protests from multiple NBA teams and players.

Apparently, the ball bounce on that track was irregular. There were areas where the ball was fired with more force, others with less. The ball made uncontrollable strangers. Except for the Celtics players, who knew the "defective" zones perfectly and took advantage of them to pounce on their rivals and cause losses. Legend has it that the great dynasty of the franchise, led from the bench by Red Auerbach and from the track by Bill Russell, took advantage of this peculiarity to make their pavilion an impregnable fortress and become the most successful franchise in history.

Although now everything is much more regulated and calculated and there are almost no differences between the pavilions, the TD Garden maintains that parquet design that gave rise to so many controversial stories in the past. What happened to the Golden State rim during the warm-up is nothing more than an anecdote, but it reinforces the feeling that the Boston Celtics, at home, transcend reality and play from mysticism.