Charles Leclerc, the master of the

Charles Leclerc confirmed that he is the lord of the pole and left his teammate Carlos Sainz without a prize. 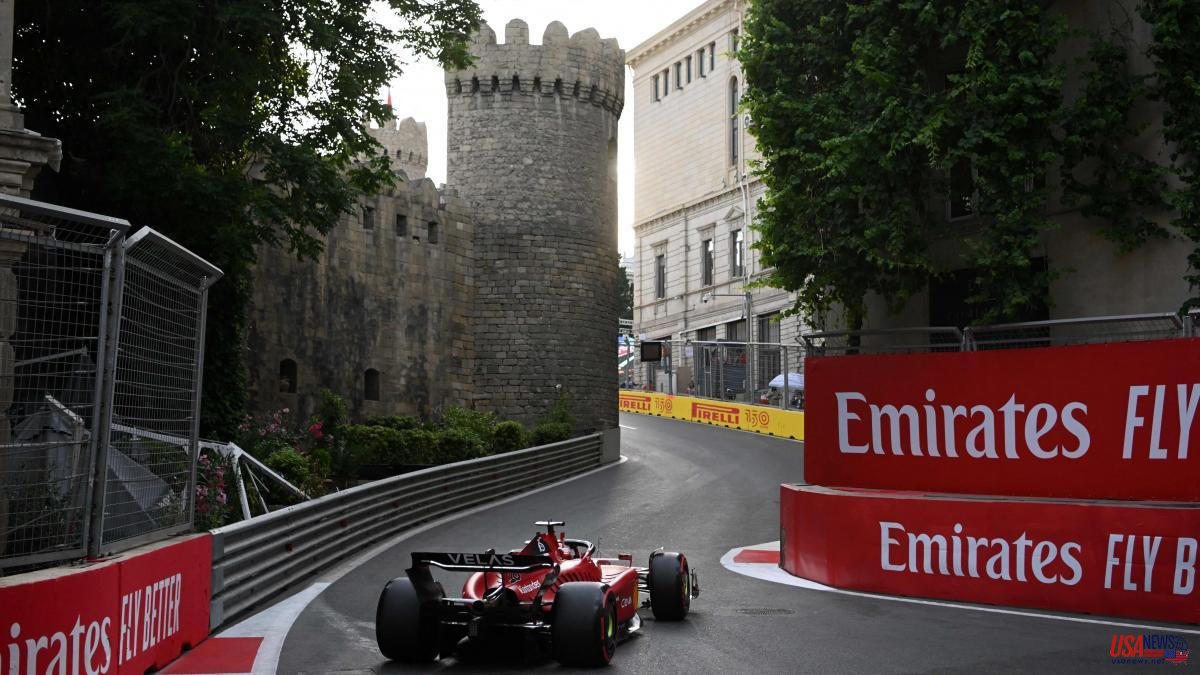 Charles Leclerc confirmed that he is the lord of the pole and left his teammate Carlos Sainz without a prize. At the Azerbaijan GP, ​​on the winding streets of Baku, the Monegasque driver scored his sixth preferred starting position this season and will start as the first favorite for victory.

His main rival will be Sergio Pérez, second, in a very good state of form after the victory in Monaco. Carlos Sainz, who had the pole in his hand in the first round, will start fourth, alongside Max Verstappen, third.

In Q1, the two Red Bulls commanded the times, with Verstappen ahead of Pérez, and the two Ferraris one step behind, Leclerc 1 tenth and Sainz 2. Between the two greats they were going to play for pole. Hamilton was in trouble again, 9th, surpassed by his teammate Russell, 7th. Fernando Alonso set the 11th time, 1.3 behind the Dutchman. The heat was interrupted by a red flag, due to Lance Stroll's accident.

The give and take between Red Bull and Ferrari intensified in the second qualifying heat. Again Verstappen started setting the pace, ahead of Pérez by just 31 thousandths of a second, but soon the two Ferraris scrambled. Sainz snatched the provisional pole, lowering the Dutchman's best time by 139 thousandths, and Leclerc was second, 94 thousandths behind the man from Madrid. But Pérez had the last word to close Q2 with the best time, 91 thousandths better than Leclerc and 133 better than Sainz, with Verstappen fourth. Alonso managed to enter the top 10 with the 9th time.

In the final Q3, Sainz started out leading in the first attempt, with 47 thousandths over Leclerc -who brushed the wall of the chicane-, 126 over Pérez and 175 over Verstappen.

But on the second attempt, Sainz failed to touch the wall and lost a few decisive tenths (4 slower), Leclerc hurried the performance of his Ferrari much better and with a colossal lap he scored his sixth pole of the season, the fourth in a row.

"It was a shame; going to the limit I made a mistake in turn 2 and I was a bit too aggressive with the throttle. The good thing is that I was closer to pole. The Red Bulls will be difficult to beat, but starting 1st and 4th we can use the strategy, and here in Baku the position is not so decisive", commented Carlos Sainz.