Character with style and figure

In his work he avoided human presence; Space and atmosphere were enough for her, because her character was her. 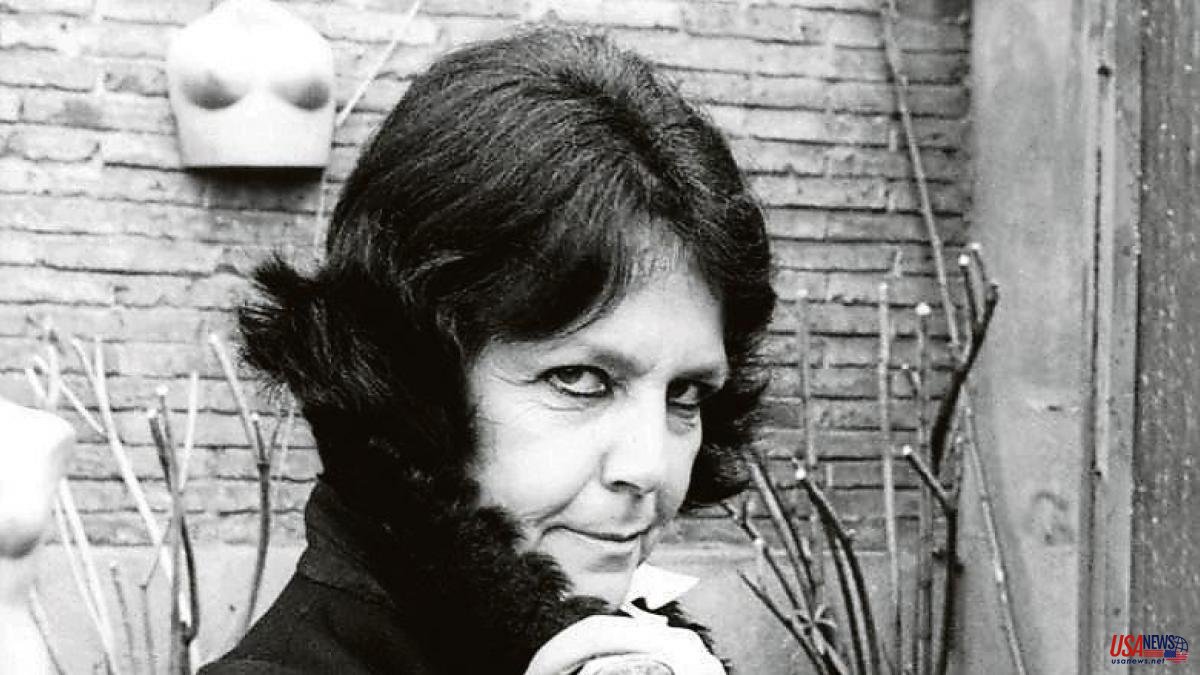 In his work he avoided human presence; Space and atmosphere were enough for her, because her character was her. Elegant, original, with an aura of mystery: penetrating and dark gaze, warm voice, jet-black hair, she dressed in black, an outfit that highlighted her white hands, with long sharp fingers, in which some exceptional ring always stood out; she smoked with a very long mouthpiece. All of her was a walking “black Amèlia”, the same one that she captured in her work, although as the oriental masters sentenced, whoever masters black has eight colors.

His flat, in the modernist house designed by Bassegoda, ended up being an environment, although I preferred the one he had managed to create in his neighboring workshop, on top of the Girona house at Ronda Sant Pere, 3, just below the gigantic clock. There it seemed as if one of his paintings had come to life.

In such a place and in the company of Brossa, she proposed us to officiate as a medium to establish contact with a well-known deceased friend. The session was seductive and disturbing, despite the fact that she failed to connect. The next day, she phoned me excited to tell me that she had found one of her daughters on the street...

Being courageous, determined and efficient, she did not mind being in male-dominated fields, despite encountering unexciting situations. Go two examples that she confessed to me. The influential critic Cirlot had selected some works for a group show, and he chose one of his Informalist paintings that had attracted him. When asking about the authorship and discovering that it belonged to a woman, he was rather disappointed; the truth was that he corrected the first impression and included it: thus began a good relationship. Something very different happened in the Maeght gallery, shortly after the opening. He had agreed to an individual exhibition, with a text already written by the respected writer Perucho. Tàpies found out, asked to see the work that had not yet been hung, and declared that it was “tapiejava”. The comment was enough to suspend her.

Not only did he militate with his work in the avant-garde movements, but he offered to collaborate in prosaic aspects, such as organizational ones.

Suffice it to say that for years he led the secretariat of the MAN (Exhibit of New Art), since his performance was impeccable. In such environments and despite the time, his feminine condition was never questioned, quite the contrary. Despite his rather solitary disposition, in such environments she revealed herself to be the most sociable. She distinguished me with her close friendship for not a few decades.