Ceuta-Barcelona and Villarreal-Real Madrid, in the round of 16 of the Copa del Rey 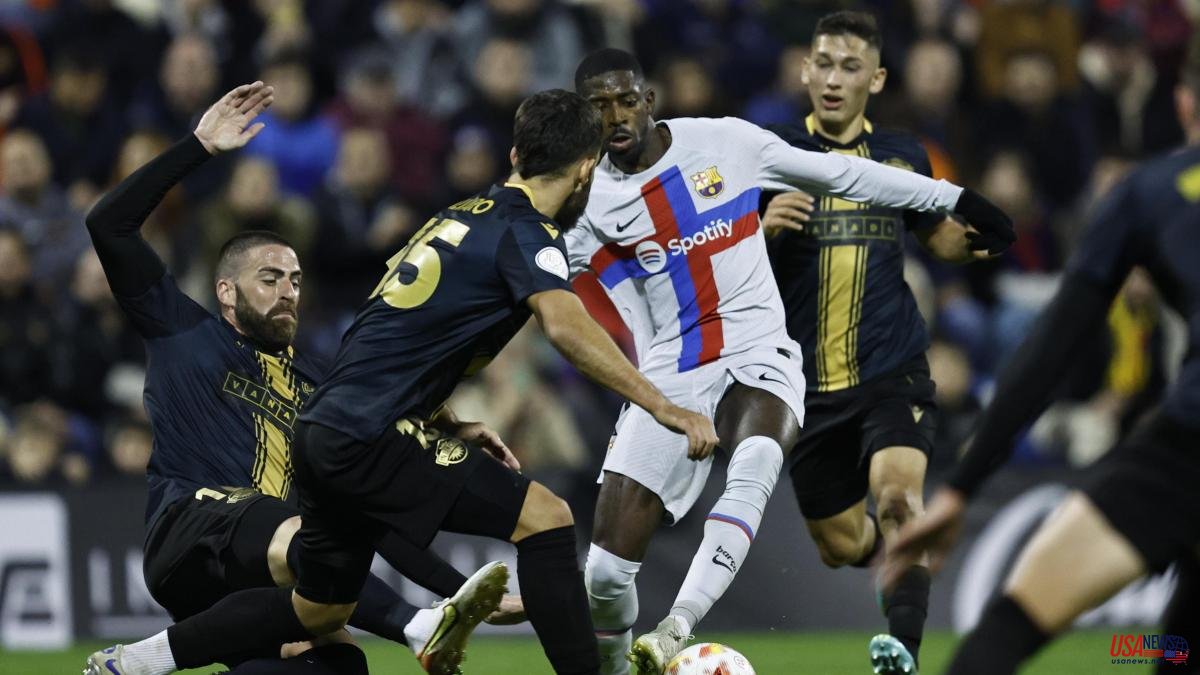 Barcelona will face the great revelation of the Copa del Rey, Ceuta, in the round of 16 of the Copa del Rey, while the draw has given Real Madrid a duel against another First Division rival such as Villarreal, with the match at the Ceramics stadium. The qualifiers, a single match, will be played on January 17, 18 and 19, with the specific date and time yet to be determined.

The azulgrana team will face an uncomfortable journey, in terms of the logistics of the trip to the autonomous city of Ceuta, with the need to improve the image shown in the tournament. In the last round they suffered to qualify against a feisty Intercity. Oriol Soldevila was about to become the hero of the Cup, equaling Barcelona's goals up to three times. His hat-trick served to force extra time, but Ansu Fati would score the fourth and final in extra time to put an end to the dream of the Alicante team.

In the round of 16 they will face Ceuta, the only survivor of the First Federation. The Ceuta team gave the bell by getting Elche out of the tournament thanks to a penalty goal from Rodri before the break. Now, he will put Barcelona's irregularities to the test.

Barcelona has faced Ceuta three times, all of them in the Copa del Rey and all with a Barça victory. The most recent have been in the round of 16. In 2010, Barça prevailed 0-2, with goals from Maxwell and Pedro in the first leg at the Alfonso Murube, and in 2001, in a single match, they did so by a wider margin of 3 goals to 0, with Double from Alfonso and a goal from Kluivert. To find the first precedent between the two, we have to go back to 1943, when the Catalan team visited Ceuta for the Copa del Generalísimo. On that occasion, yes, he did not go to the Alfonso Murube, but to the Jadu stadium, and it was also resolved with a 4-2 win for Barcelona.

Real Madrid did not shine either in their round of 32 duel against Cacereño, whom they beat only thanks to a spectacular goal from Rodrygo. Now he will face a rival from the same league that, coincidentally with the calendar, he visits this afternoon (4:15 p.m.) at the Cerámica stadium. A feud that has not been a talisman for the white team in recent years. In the League they have chained five consecutive draws in Castellón, where they have not won since the 2016-17 season. A single match, Ancelotti's men will not be able to fail on their visit to the Ceramics in two weeks.

Espanyol has also been paired with another team in the same category. The parakeet team will face a historic player in the Copa del Rey such as Athletic Club and will do so far from their fiefdom, in San Mamés, as the ball containing the name of the Basque club came out first. This is a duel that has been repeated a lot throughout the tournament's history, Athletic and Espanyol have met up to 13 times, including two finals. A story that the Catalan team will have to battle against, which has only won the Cup against the lions once, was in the round of 16 of the 1956-57 season, in Sarriá (0-3), certifying their pass to the quarterfinals with a goalless draw at San Mamés in the second leg. The most recent precedent dates back to the semifinals of the 2014-15 season, which ended with a tie in the first leg at the Cathedral, but which was decided in favor of the Basques in the second leg with goals from Aduriz and Etxeita.

The eight pairings that have been known in the draw held this Saturday at noon in the Luis Aragonés hall of the Ciudad del Fútbol de Las Rozas will be played in a single match on the 17th, 18th and 19th of this same month of January. In the coming days, the clubs will be reporting the day and time scheduled for their round of 16 matches, the first round in which video arbitration can be applied.

After extracting the ball from Ceuta, the following have been the three surviving teams from the Second Division, who will play at home against a First Division. Levante will face Atlético de Madrid; Sporting de Gijón against Valencia and Alavés against Sevilla. All of them managed to eliminate a team from the top flight in the round of 16, showing that they will not make things easy for their rivals. Finally, these are the two remaining qualifiers between LaLiga Santander teams are Betis-Osasuna, at the Benito Villamarín, and the duel at the Reale Arena between Real Sociedad and Mallorca.

These are all the round of 16 duels that the draw has brought: