Cesc Gay: "You have to lie a lot and be very hypocritical in life, otherwise we would always be fighting"

After the enormous success of that surreal meeting between two pairs of neighbors in Sentimental (2020), in which Cesc Gay adapted his play Los vecinos de arriba for cinema, the Catalan director gets behind the camera again to now offer us a collage of stories about situations that reflect the inability of human beings to control their own emotions. 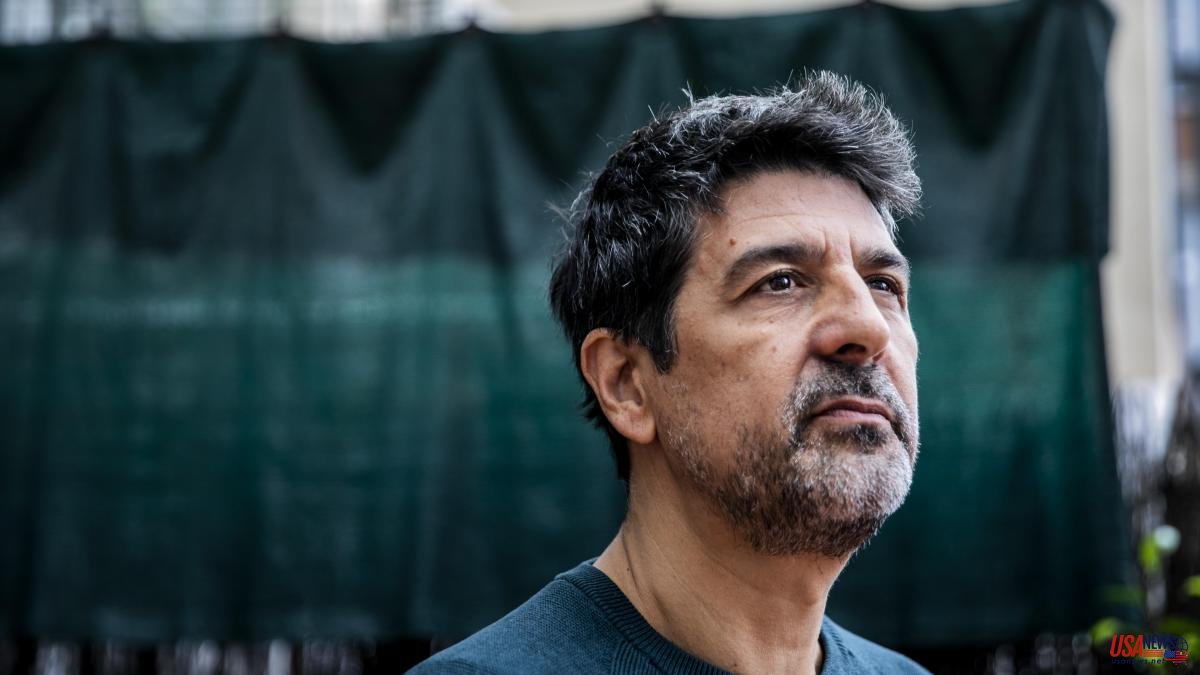 After the enormous success of that surreal meeting between two pairs of neighbors in Sentimental (2020), in which Cesc Gay adapted his play Los vecinos de arriba for cinema, the Catalan director gets behind the camera again to now offer us a collage of stories about situations that reflect the inability of human beings to control their own emotions. And it is that Stories not to tell is made up of five independent stories that narrate moments in which we can all feel identified in terms of friendship or partner relationships.

The origin of the script began to take shape a decade ago, when Gay was filming A Gun in Each Hand, another episodic film. "I really like short stories, that one worked very well and I wanted to repeat it. With the platforms, the viewer has established a link with the series through the short episode. We have learned to relate to fiction from the episodic and It's very comfortable. And that's something I wanted to do with Historias so as not to tell in a humorous way," explains the filmmaker in conversation with La Vanguardia.

"I had a lot of stories piling up in this kind of sorry tone of people doing what we can with our lives when we're dealing with the whole emotional, sentimental thing. And you ask yourself: Why did I do this or didn't I do this? Why did I say that or not?" Gay has had an interpretive cast that would be the dream of every director and that includes everything from Maribel Verdú and Anna Castillo to Antonio de la Torre, Chino Darín, José Coronado, María León and Nora Navas, including Quim Gutiérrez, Alexandra Jiménez, Àlex Brendemühl , Eva Reyes and Alejandra Onieva. "It was a very fast shoot", he recalls about a film that he wanted to investigate "into what is behind each person, everything we hide".

The filmmaker, who values ​​most in a relationship "is honesty, knowing that you have that person", comments that whenever he goes out to dinner he tries to sense what is going on around him. "Sometimes you listen to phrases and observe how the other receives it; a lot happens with couples, also with friends and family. The look at this is very interesting because it is from those moments that we are made, not from what we do watch".

For the author of En la ciudad, "we all go out in the morning with our best face to defend the day, it is what we need to function". "When they tell me that people are hypocritical and lie, I think: of course! It would only be missing... It is that you have to lie a lot and be very hypocritical in life because, if not, the only thing people would do is fight. Good thing we lie. Will you tell people what you really think? Lying means respecting each other. Everyone does what they can."

And it immediately refers to the character of Alexandra Jiménez, an actress who goes to a casting and there she meets two colleagues (Verdú and Navas) with whom she has not seen her for a long time. Everything they say is lies. "Or what happens with the character of Coronado, with that thing so proud and masculine," he argues about the role of the actor, a mature writer who has fallen in love with a former student with whom he wants to go live, until he discovers that she is not up to the job.

In the case of Gutiérrez's role, a married man who had an affair with a journalist and knows that his wife is aware but has not told him anything, being honest with his pregnant wife (Echegui) opens the box of thunder while they are in the supermarket. The Laura played by Anna Castillo does not know that she is in love with her neighbor (Darín) until she pushes him. And Antonio de la Torre debates whether or not to tell his best friend about what he knows about his new 'friend', with whom he has insisted that she go out, revealing a series of prejudices that annoy his partner, whom he gives life Maria Leon.

Do you feel Gay identified with any of your characters? "I am not very aware when I write, at least in this film, that it is so varied and choral. But it is true that when you write you nourish yourself and what you have around you". Historias para no contar had its world premiere at the Toronto Film Festival, an event that, along with the one in San Sebastián, "is one of the places where I have grown as a director." The director of Truman comments that both Sentimental and this Untold Stories that premiere this Friday have been a step in his career towards comedy, although now he is writing the script for his new film, which will be "more dramatic ".

Of the excellent harvest of Spanish cinema in 2022, he believes that "with so many consecutive releases we are very tight. I spoke about it recently with Isaki Lacuesta and Jaume Balagueró. We give people little time so they can go see our work because everything accumulates and, in the end, we get in the way of each other. I think we are not going at the right pace for the viewer. But it is what it is and it is the effect of the pandemic".

Releasing on platforms sees it as a possible alternative, although he insists that "as viewers there is a saturation of fiction. We don't have time to consume everything." Despite everything, he knows that these dates are good for the public to return to theaters. He has no comparison watching a movie in the theater than at home. And especially if it's a comedy."