The tragedy of the Melilla fence has reached the European Parliament. 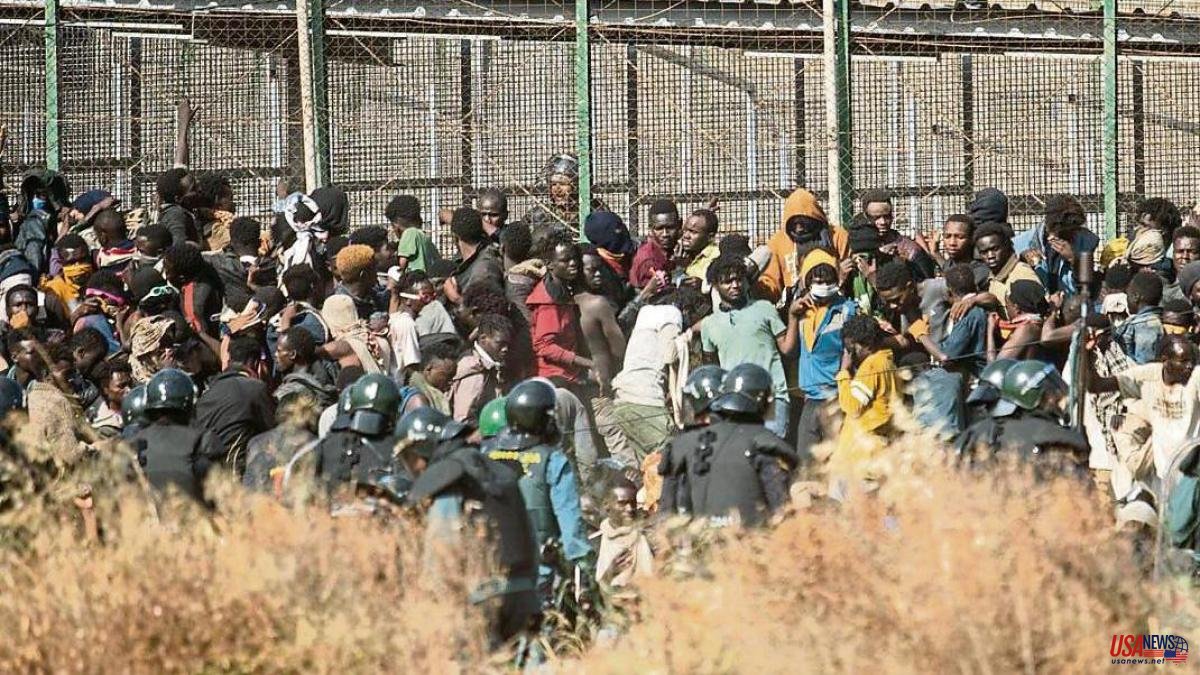 The tragedy of the Melilla fence has reached the European Parliament. It has done so through the Spanish Commission for Refugee Aid (CEAR) in a debate to which the Minister of the Interior, Fernando Grande Marlaska, was invited, who declined to go to give explanations about the event until the Prosecutor's Office and the Ombudsman do not conclude the investigations into the event that are being carried out. Without reaching any new conclusion, nor putting on the table new facts that have been proven, the director of CEAR has assured, contrary to the official version, "the avalanche and the crushing occurred in an area under Spanish authority."

The controversy over the tragedy in Melilla continues to rage while waiting for the Public Ministry and the Ombudsman to make their conclusions known. This Thursday the gaze was set on the European Parliament. Tomorrow it will be the turn of the Congress of Deputies where the Board of Spokespersons is expected to decide whether the investigation commission will start rolling.

In Brussels, the general director of CEAR, Estrella Galán, has transferred to the Commission of Civil Liberties of the European Parliament her account of the events, in which they assure that the Moroccan gendarmes did nothing to prevent the immigrants from reaching the border crossing of the Melilla's Chinatown from Mount Gurugú, where they usually wait their turn to try to cross the fence.

After that, Galán has insisted that "the mantra" that the Ministry of the Interior maintains that the tragedy did not happen in Spain "does not hold any more." "The maps of the (National) Geographic Institute and the cadastre indicate that this area belongs to Spanish territory. The avalanche and the crushing occurred in an area under Spanish authority," Galán assured during his speech reported by the Efe Agency.

In the political debate, from the Popular Party, Javier Zarzalejo, has regretted that the Government branded the situation as "well resolved" by the Moroccan gendarmes. These were the words used by the President of the Government, Pedro Sánchez, during a press conference moments after the first information about the event. Days later the leader of the socialists qualified his statements.

The Anticapitalistas MEP Miguel Urbán regretted the absence of the head of the Interior, who was not obliged to attend parliament. "He has to hide something when he doesn't dare come to explain himself," he said. Urbán slipped that "every day there is more evidence of the collaboration of the Spanish Police" in the facts, by not contributing, for example, to undoing the traffic jam allowing the border crossing.

The version of the Civil Guard, which the Interior supports, is that when such an avalanche occurred, the agents had already withdrawn from the border crossing to try to retain others who had managed to jump the fence. Therefore, according to the version of the Armed Institute, there was no vision to supervise what was happening in the inner courtyard.

From the PSOE, Javier Moreno has asked "not to become vigilantes" and to wait for the Prosecutor's Office and the Ombudsman to conclude their investigations before Marlaska's parliamentary appearance. In addition, he has asked not to "use the tragedy to try to overthrow the government."