Cádiz aggravates the depression in an incredible end of the match

Atlético went to Cádiz to ease their sorrows after being eliminated from the Champions League and came down with a serious depression. 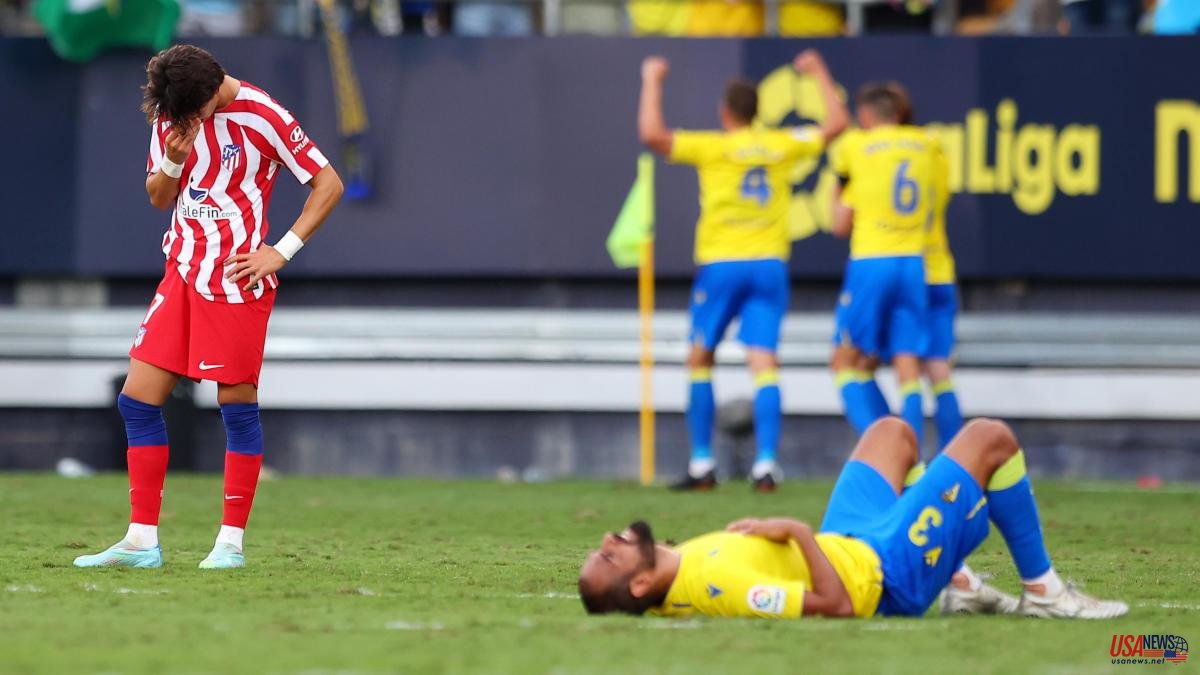 Atlético went to Cádiz to ease their sorrows after being eliminated from the Champions League and came down with a serious depression. After a game in which he was always in tow because he conceded a goal at 27 seconds, two actions by João Félix in three minutes allowed him to level the score. He had chances to complete the comeback in the eight minutes of added time, but another cadista goal, this one by Sobrino, in the last action of the match consummated his defeat.

From 27 seconds on, Atlético was already behind on the scoreboard, conceding a goal from Bongonda on Cadiz's first approach to their area. From then on, everything was chopping stone for the colchoneros, who also lost Morata due to injury before ten minutes. The man from Madrid formed an attacking duo with Correa, with Griezmann on the bench. Three weeks before the World Cup is disturbing news for Morata, Luis Enrique's nine.

Atlético reacted as soon as they received the goal, but it faded away and Cádiz knew how to handle the situation perfectly until the break. Atlético really pushed after a quarter of an hour of the second half. Simeone put Griezmann and João Félix into action, with half an hour to go.

When Cadiz was most in a hurry, Sergio González's team scored again in a good shot by Alex Fernández, the brother of the Madrid central defender Nacho. The colchoneros drew strength from weakness and João Félix put the team on his shoulders. An acrobatic shot of his was deflected into the net by Luis Hernández in the 85th minute and three minutes later he made it 2-2 with a right foot from outside the area.

Atlético went wild for victory. Saúl and João Félix were able to make it 2-3. The Portuguese, for the first time playing like a star, had a header to score, but it was narrowly deflected and it was Cádiz who struck on the last play through Sobrino, who finished off Alejo's center with his body . The VAR validated the play. A tragic week for the mattresses. Few teams lose like Atlético.

Incidents: Match of the 12th day of the First Division, played at the Nuevo Mirandilla stadium before 18,183 spectators.