CC.OO. to the bosses: there are no workers for the hotel industry because of the

The general secretary of the CC. 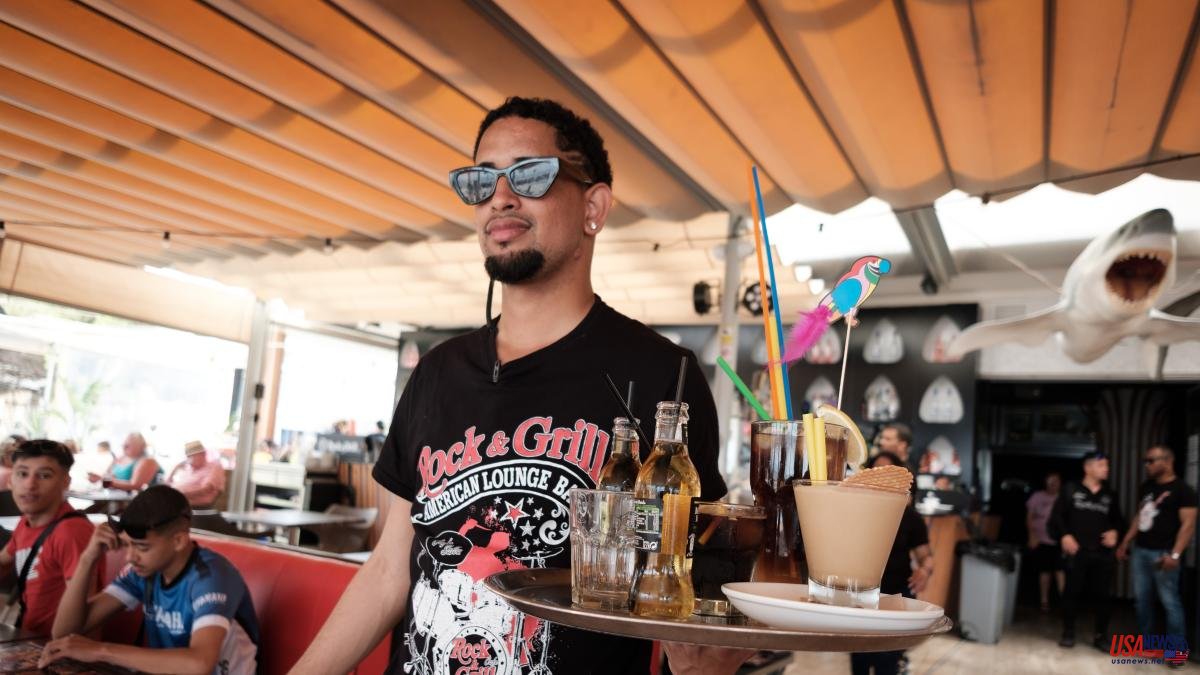 The general secretary of the CC.OO., Unai Sordo, referred today to the lack of labor in the hospitality sector, arguing that the real problem is that thousands of jobs are being offered in conditions of "pure exploitation" and that is why they cannot find workers.

"The employers are leading to increasingly worrying speeches and I am referring, for example, to the joke that has occurred to them in recent times to say that in Spain we have a problem that there are no workers for jobs in sectors such as hospitality and the countryside, because people practically do not want to work", he denounced.

For him, the problem is exclusively one of "low wages" and that thousands of jobs are being offered in conditions of "pure exploitation."

"If they tried to pay more, they would see how they find no problem finding workers in a country with an unemployment rate of 15%", he stressed.

Sordo has opted for "territorially sewing up the country with productive and industrial and sectoral investments of all kinds, to hold the population to the territories and avoid the intense process of depopulation that a no lesser part of Spain is experiencing."

The general secretary of CC.OO. He has made these statements in Villablino (León), where he has attended the commemorative acts of the 60th Anniversary of the 1962 mining strikes in the Leonese regions of Laciana and El Bierzo, which are considered the origin of the Workers' Commissions in Castilla y León.

It has been considered heir to those mobilizations with a deep democratic background and has transferred it to the present by considering that class unionism continues to claim improvements in wages and the industrialization and productive development of Spain.

"Unfortunately, in regions such as Laciana and El Bierzo, as well as the rest of León and other areas of Spain, we have experienced a very intense process of reindustrialization with the disappearance of entire productive sectors such as mining," he pointed out.

Faced with this situation, CC.OO. has focused on the need to reindustrialize the most affected regions to fight against depopulation.

To achieve this goal, it has aimed at the effective management of European recovery funds and taking advantage of the acceleration of the energy-ecological and digital transitions to boost productive sectors, many of them linked to new forms of sustainable energy production.

On the other hand, he has affirmed that the fight for social and salary conditions continues and that although the social conditions of Spain in 2022 have nothing to do with those of 1962, "there are still millions of workers in a situation of salary poverty and this It's an obvious fact."

Faced with this situation, it has announced that CC.OO. In the coming months, it will promote a mobilization campaign and, if necessary, conflict in collective bargaining to break the inertia that business organizations want to impose.

"Businessmen want the energy price crisis caused by the war in Ukraine to be paid exclusively by the working class. We are not going to allow that, while companies are passing on the costs of energy and raw materials in final consumer prices , collective agreements are being blocked," he warned.

He has remarked that it cannot be allowed that with an inflation of 8.4%, and with a subjacent inflation of 4.4%, the average rise in wages is barely above 2% and with an employer that refuses to sign revision clauses.