Cavani's shots and other keys to Valencia - Barça

Barça wants to leave behind the disappointment of the Champions League by beating Valencia at the Mestalla and focusing on the Santander League. 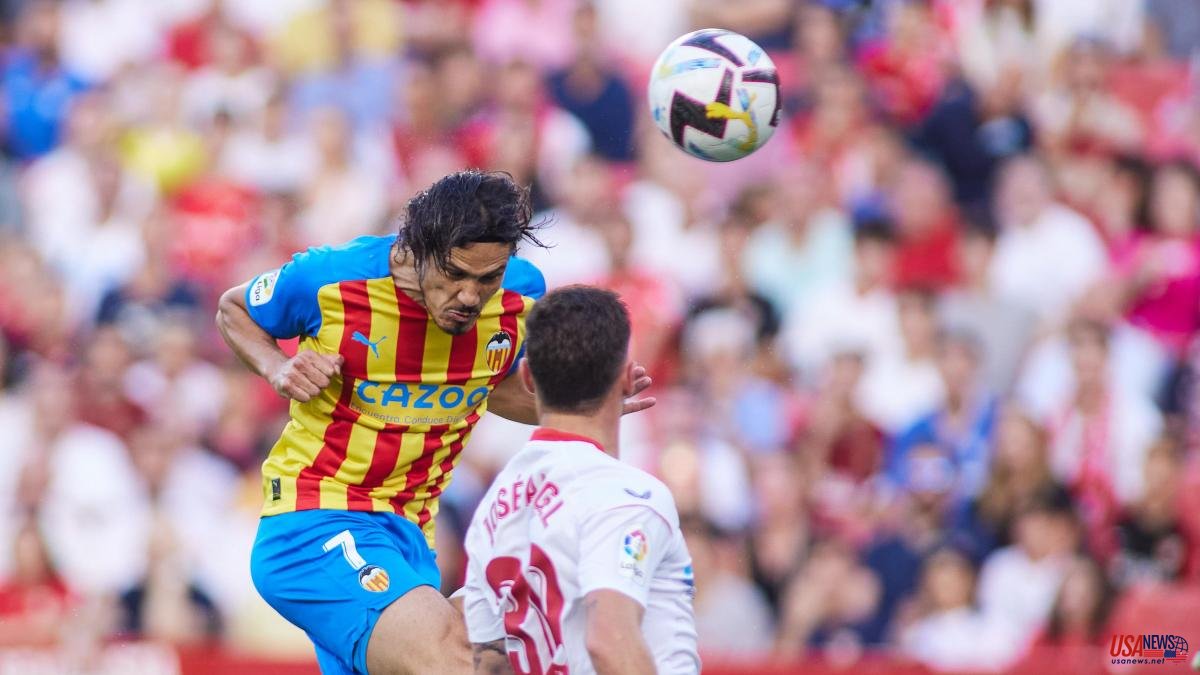 Barça wants to leave behind the disappointment of the Champions League by beating Valencia at the Mestalla and focusing on the Santander League. Gattuso's renewed team will be a difficult rival but the Barça goal has to be to score three points and put pressure on Real Madrid. Here are my 5 tactical keys for this match:

The elimination of the Champions was foreseeable but the heavy blow that was the defeat against Bayern, no. A blow that links to the recent ones against Real Madrid or Inter Milan, and that contextualizes a bad current dynamic. And when that happens in football, it is essential to look for new energy within one's own resources. And that happens through new faces, new responsibilities or new tactical nuances (a change of system). We will see what variations Xavi applies and if any go through giving entry to players who have not started until now or through the board. What is practically certain is that the technician will look to shake things up. Interesting to check the movements that he makes.

One of the key points of the duel will go through the ability that Barça has to exploit its left flank. And it is that the right wing of the Valencian team is not stable from a defensive point of view. Neither Correia (the a priori starter) nor Foulquier are rigorous in the position and easily expose their back. In addition, the high-tempo game of Gattuso's team further encourages these imbalances. Of the six goals conceded at home, several have come through there. So Ansu Fati, Dembélé, Raphinha or the winger if Barça plays with a false winger may have many options to do damage.

Valencia is one of the teams that focuses the most in the League (average of 22 per game). Something that is explained from two concepts: on the one hand, by the ability of Gattuso's team to reach the opposite field and, on the other, by the presence of a nine like Cavani. For this reason, Barça will have to be very good in the defense of the area. Good orientation and always have the three controlled references (ball, goal and rival). That and keep in mind that the Uruguayan striker likes to wait for the ball at the far post.

Those of Gattuso are an intense team but somewhat chaotic at the same time. They arrive with many people and also withdraw with many players but in most cases in a disorderly manner. That is why there are many situations of second moves without marking or rejections to finish off comfortably. It will be convenient for Barça to occupy both the rival area and the front area well because it will be very feasible for them to have clear scoring opportunities from second shots. From there, activation and success to convert.

A lot of attention to two very interesting players. The first is Samuel Lino, one of the attackers who has surprised the most this start of the season. He is fast, powerful and very skilled. He likes space very well and that, in an open match like today's, will give him a favorable environment to bring out the best version of him. He is the one who shoots the most of the Valencian team and one of the few who has played all eleven League games as a starter. And finally, talk about André Almeida. The 22-year-old Portuguese is very talented and has excellent game vision. Pay attention to all of them.