Catriona Morison, of the Edinburgh choir star of the Schubertiad

It's not hard to imagine her as a young girl singing in the Edinburgh girls' choir or practicing the violin at home, with her pianist mother. 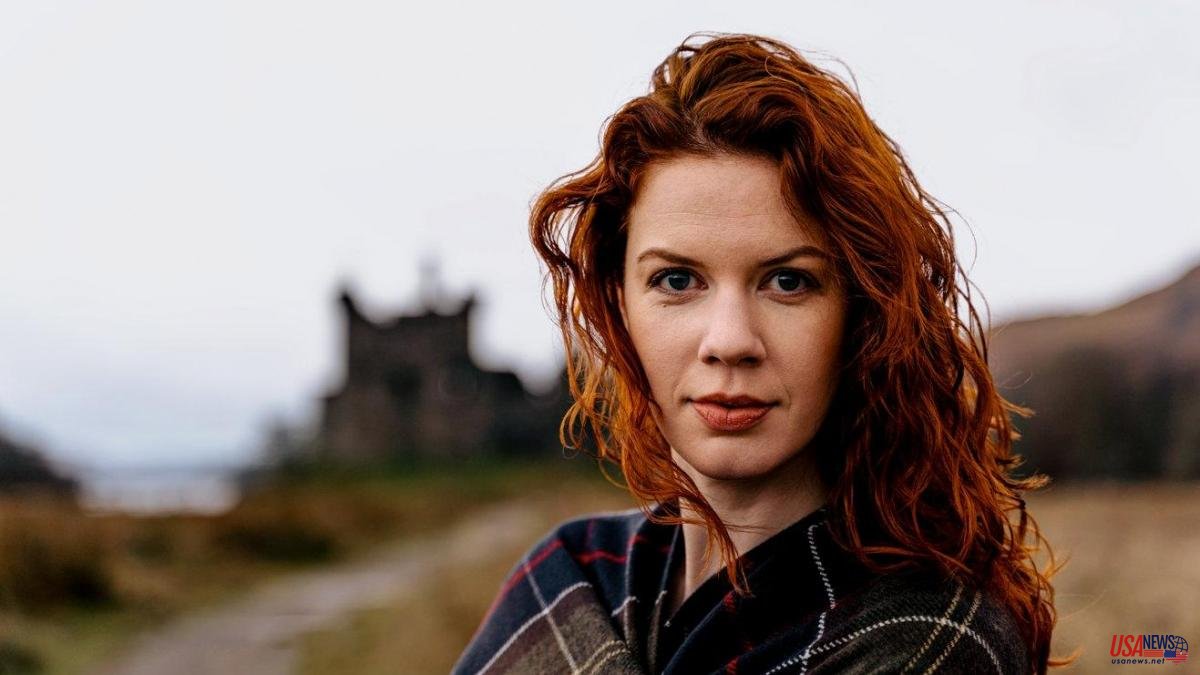 It's not hard to imagine her as a young girl singing in the Edinburgh girls' choir or practicing the violin at home, with her pianist mother... “I'm just in Edinburgh right now. Do you hear my mother practicing?” asks Catriona Morison, the new star of the Schubertíada, on the phone.

The mezzo of the moment, who has already made her debut at the Salzburg Festival, in its program for young artists, won the prestigious Cardiff Singer of the World organized by the BBC five years ago, not for having an exuberant operatic voice, but for her ability to move and for that special art that characterizes good lied singers, who manage to convey the essence of the genre.

This has been the reason why the Schubertíada wanted to make it their own. “She is like a feminine Andrè Schuen, because of how much she prepares herself and how honest and humble he is. Something that is worth protecting from a festival like ours”, comments Víctor Medem, director of the event.

Morison makes his debut today in the Barcelona edition (Palau de la Música, 8pm) together with the pianist Julius Drake and a representative catalog of the lied: Grieg, Schumann (his emotional cycle Opus 90), Brahms and Elgar. Tickets for the recital have a 20% discount for subscribers, as long as they are purchased on the La Vanguardia website. On August 16 he will perform at the Canonica de Vilabertran as part of the Lead the Future program. There he will interpret Brahms, Viardot, Mahler and Strauss.

Was the presence of music important in your Scottish childhood?

From the moment I was born my house was full of music. I grew up listening to my mother's piano lessons, listening to people learn. But if she encouraged me to make music, it was without forcing me to be professional. I was in high school when I started singing classes. I realized that there was something natural. I played the viola at the time, but I especially enjoyed singing, because of the drama behind the text. Singing pushed me to create a character, to look for the psychology behind a song.

After studying in Glasgow, Berlin and Canada, he saw his future in Germany, learned the language, entered the Opera Studio in Weimar and finally joined the ensemble at the Oper Wuppertal, where he ended up as artist-in-residence. Was he aware that he was heading to the mythical town where Pina Bausch had built his company?

It was amazing to be there, oh yeah. Upon arrival I saw all his repertoires, the old and the new, since he had been creating until the end. And it was very inspiring. Pina is a way of acting and living the body, and singing is something similar. For me it was amazing to see different arts, because singing is a way to connect with the public, and especially because of the way you use your body. A small gesture at a recital can mean a lot. It all goes together, it's not just the voice.

Can you describe the way you inhabit your body when you sing?

I think my placement is related to technique, and it also depends on the character I'm playing or the text I want to show the audience, whether it's lively, happy, cheeky, bright... It's a more sad or depressive light, or insular, or it has a terrifying stillness... it depends.

And your physical experience?

If I get to a point of confidence, the body and the technique are very free. But in that there is a lot of experimentation, we work a lot but sometimes you take two steps forward and one step back. I know what my voice is capable of and I can trust it. I manipulate my performance to create color and communicate with the public. I like to think that it's like a window that you open and close... you invite the public by opening your chest. And so you transport them to a sweet place. What I feel is a responsibility. It connects me with something superior, it takes me to deep emotions. At that time you feed on music and art.

Although in 2019 he made his debut at the Proms singing Elgar and has had international requests performing Berlioz or Verdi's Requiem, his repertoire is very German... And he has been living in Berlin for three years.

Yes I love it. Especially the Lied. Brahms, Schumann, Mahler... There is a lot of color and emotions to find. But I also really enjoy Elgar's Sea pictures that I will sing at the Palau. But in opera I also tackle a lot of German repertoire, although now I would like to add French. By learning the German language I have discovered a deep understanding of these texts and characters.

Being from Great Britain it is curious that he wanted to delve so deeply into another language...

It's true, it's a disadvantage because everyone speaks English, so it was important to learn German. I enjoyed it and I feel proud, because as you say, it is not usual coming from Great Britain to speak a second language. Something that I consider fundamental, just like musical education.

Brahms wrote a lot for mezzo...

Yes, and it's one of my favorites. In the second part of the recital they asked me to add Schumann. And the truth is that there is a lot of devotion to love, to God and to the sea. And you can create colors to go along with all of that. You can imagine yourself on a ship, on the sea.

What other mezzos have been referential for you?