Catherine Deneuve: “I have never been a sex symbol” 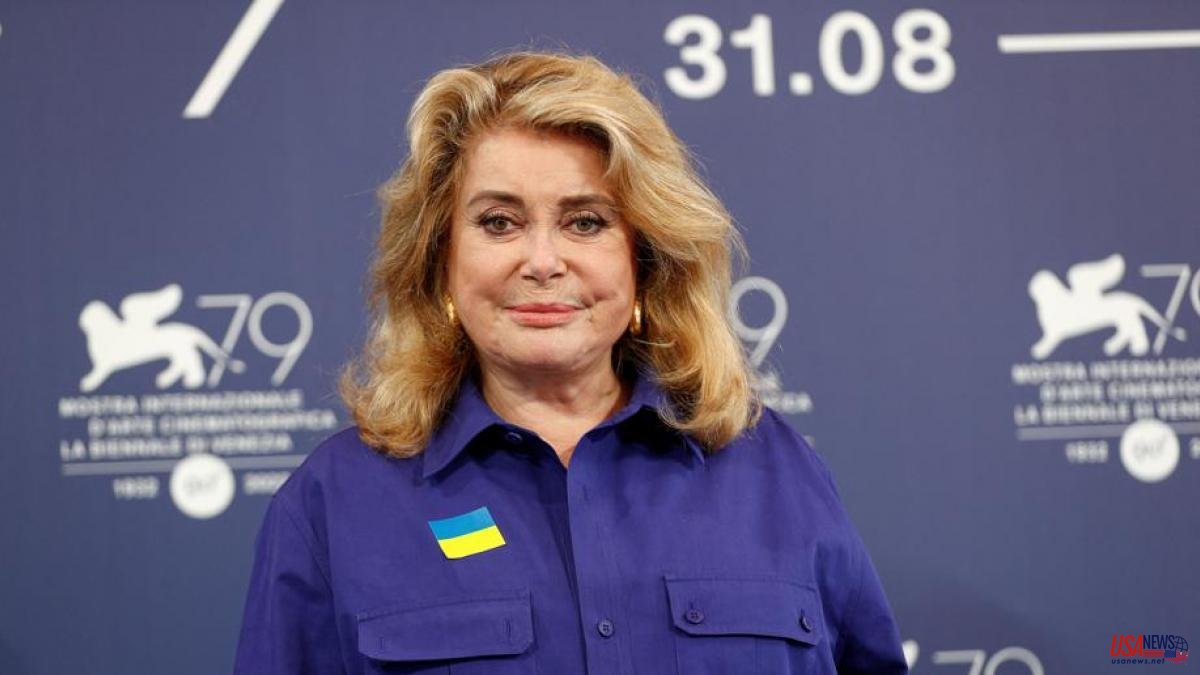 Belle de jour dazzled in Venice in 1967. Its director, Luis Buñuel, won the Golden Lion and its protagonist, Catherine Deneuve, became the undoubted sex symbol of French cinema with her role as a boring bourgeois wife who practices prostitution. while her husband is at work.

Now, 55 years and many films later, Deneuve has returned to the city of canals to collect his Honorary Golden Lion, an award that has been won film by film for his performances in titles such as Repulsion (Roman Polanski, 1965), Indochina (Régis Wargnier, 1992), which earned him an Oscar nomination, or Place Vendôme (Nicole García), which earned him a Volpi Cup at the Venetian festival in 1998.

Deneuve appeared before the press this Wednesday before collecting his award and made three things very clear: that he does not intend to look back, that at 78 years of age he still has a long career ahead of him and that if he reached the top it was not because of his Physical: “I have never been a sex symbol”, the actress has assured, “although perhaps someone has thought of it because of my blonde hair”, the French interpreter who does not consider herself an icon of cinema joked.

But although she denies it and although she has many other qualities as a professional, Deneuve's beauty has not gone unnoticed, neither by the directors with whom she has worked, nor by the public, nor by the director of the Mostra, Alberto Barbera, who has granted her this honorary award for "her indisputable talent, in addition to her sophisticated and rare beauty, attributes that have helped her become the symbol of French cinema, an eternal diva and a true icon of the big screen".

The French diva, who has just shot a film in Paris and will soon take part in another film in Brussels, ended her speech with a demand for traditional theaters over home cinema platforms: “I want to be in a cinema with people I don't know. It's not just the sound. It's the atmosphere. At home, it is very different. You don't feel things the same way ”, she has riveted.

It has done so at a festival that has taken the lead over other events such as Cannes or Toronto by having the courage to program films produced by the big platforms. The Mostra has opened this Wednesday with a film produced by Netflix, White Noise , by Noah Baumbach. A gesture that can turn the Venice Festival into the prelude to the Oscars, as happened in 2019 with Marriage Story, by the same director, which went through Venice with great success, premiered on Netflix and later achieved six nominations for the statuettes golden.

Adam Driver was the protagonist of that film and now he repeats under Baumbach's orders in White Noise, an episodic film based on a novel by Don DeLillo, which is also a nod to postmodernity. Driver this time is Professor Jack Gladney, historian and one of the greatest American experts on Hitler. Gladney and his family face an evacuation after an accident causes a toxic cloud to hit their town. Also, the professor and his wife, played by Greta Gerwig, deal with the fear of death in a rather curious way.