Catalonia loses the race against Madrid after the flight of companies

It was an unprecedented tsunami, with the transfer of thousands of business headquarters out of Catalonia after the referendum of October 1, 2017 and the subsequent unilateral declaration of independence (DUI). 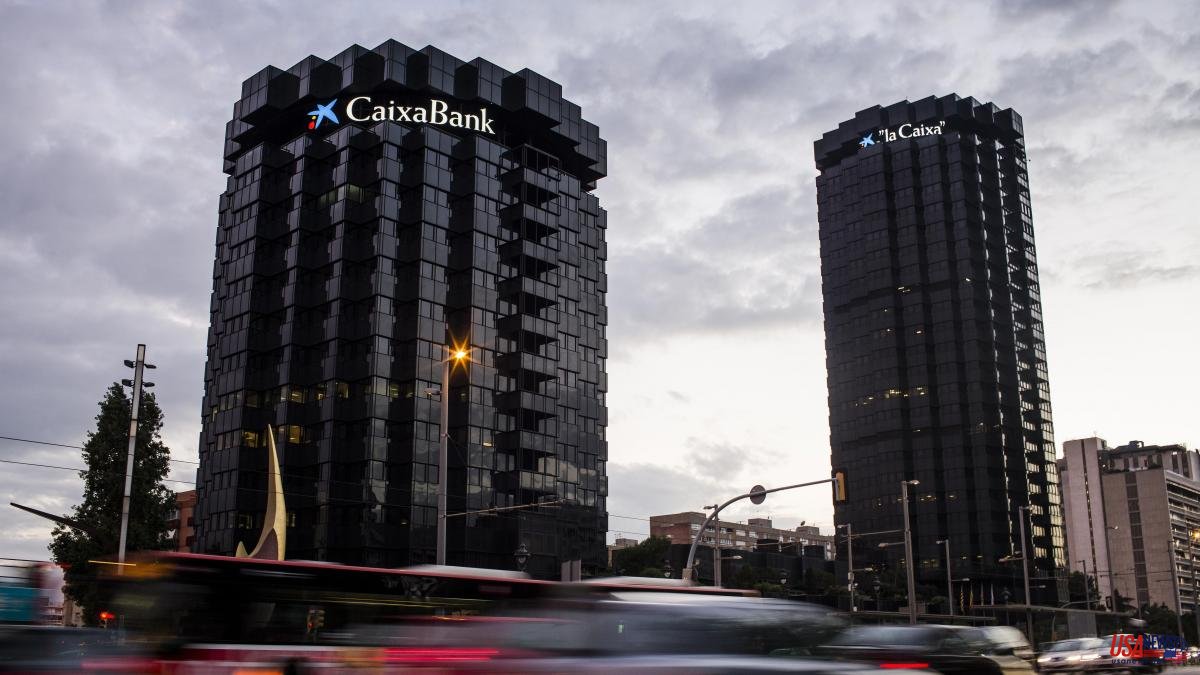 It was an unprecedented tsunami, with the transfer of thousands of business headquarters out of Catalonia after the referendum of October 1, 2017 and the subsequent unilateral declaration of independence (DUI). Five years later there are no signs that they are going to return and although the macroeconomic figures point to a limited impact, in business circles there is a loss of activity in the Catalan capital, especially in favor of Madrid, which has captured, in addition to headquarters, services associated with business management, from law to restoration.

"The venues were changed, but it would have been more serious if the headquarters, the headquarters, had been moved," explains Jaume Guardiola, president of the Cercle d'Economia, who, however, warns that once the headquarters has been changed it may be easier to move as well decision centers. "The retaining dam is lower."

Despite the fact that no objective study has yet been carried out, the general impression in business circles is that Catalonia has shown "great resilience" in these five years, marked first by the procés and then by the pandemic. It stands up well to comparison with Spain as a whole, as it has not reduced its weight in GDP. But there is also a coincidence that the race with Madrid has been lost. The community chaired by Isabel Díaz Ayuso grows more than Catalonia and already in 2017 she gave Catalonia the upper hand in terms of GDP.

According to data from the College of Registrars, some 4,700 companies moved their headquarters outside of Catalonia. Most large corporations, including almost all those that belonged to the Ibex, although the first to take the step was a company from the so-called new economy: Oryzon Genomics, which already on October 3, two days after the referendum, announced its transfer to Madrid. The earthquake accelerated immediately with the decision of the two banks, Sabadell and CaixaBank, alarmed by the flight of deposits. From there, the disbandment: Naturgy, Agbar, Abertis, Cellnex, Colonial, SegurCaixa, Applus, Catalana Occidente, Planeta, eDreams, Cementos Molins, Codorníu, Idilia Foods, Hotusa, Indukern, among others. And also subsidiaries of multinationals such as Zurich, Allianz or Banco Mediolanum.

The big question is whether Catalonia is better or worse now than it was in 2017. Josep Sánchez Llibre, president of Foment del Treball, believes that “the surrounding conditions are better than five years ago. We have economic stability and legal security. Another thing is that Madrid has beaten us in terms of GDP.” Political instability is what, in his opinion, is holding back the return of business headquarters. “Businessmen need to receive a clear message from the two major pro-independence parties that there will never be a DUI again. Then we could start to recover the venues, ”he thinks. ERC has already done it, but not Together. “In 2017 the businessmen were scared, they were very difficult times and many decided to leave. There was fear of not selling in the rest of Spain," says Sánchez Llibre, who is also vice president of Conservas Dani.

Also Antoni Cañete, president of Pimec, demands an explicit resignation to the DUI. “It must be made clear that the rules of the game are respected,” he points out, while warning that there are other relocation movements, such as the one that is taking place from Lleida to Aragón, in this case seeking less bureaucracy on the part of the administration.

Jaume Guardiola, who in 2017 experienced the process in the very eye of the hurricane as CEO of Banc Sabadell, remembers "very difficult moments". There was so much concern that the Cercle, then chaired by Juan José Brugera, made two opinion notes in 20 days, something unusual for an entity that barely makes a dozen a year. The two notes, aimed at trying to avoid DUI.

Guardiola admits that due to political instability "investments that could have come here have gone elsewhere." In his opinion, several reasons explain the greater strength of Madrid. “The first is that the design of the State greatly polarizes decisions around Madrid, where the former monopolies and regulated businesses are concentrated. There is another background movement, more global: a certain loss of weight of the industry with respect to services and that is more noticeable in the Catalan economy. But undoubtedly political instability has also played a role,” he explains.

From the point of view of employment "the procés has had an imperceptible effect", because the relocation was limited to social headquarters and not to productive activities, says UB professor Josep Oliver. Right now the employment level of 2007, before the financial crisis, is recovering. But it is also true that job creation has focused above all on tourism and care activities. Generally low qualification.

There is a lot of agreement in the business and academic world that the impact of 1-O must be measured above all in terms of lost opportunities. "From the third quarter of 2017 to 2019, we calculate that around 30,000 jobs were not created in Catalonia," explains Miguel Cardoso, chief economist for Spain at BBVA Research. "Since the referendum, which was preceded by an anti-tourist sentiment and the summer attacks, the behavior of the Catalan economy has been differentially negative compared to what would have been expected of it and compared to what other communities did," says Cardoso. . From then on, he adds, it is difficult to specify how much of the fall in the economy can be attributed to the procés and how much to the pandemic.

And to the question of whether Catalonia is better or worse now, he answers that “the political environment has improved, there is more stability, there are budgets and negotiation processes with the central government, which could culminate in a new financing system. In short, more certainty for companies and families.”

There is no consensus regarding the impact on value-added services, such as the legal profession, as a consequence of the headquarters effect. In private, some acknowledge the shift of business to the Spanish capital, in a process that has accelerated since 2017. Others, on the other hand, are more optimistic. “None of the big law firms and some of the big law firms in Madrid have left, such as Pérez Llorca or Gómez-Acebo

The high-end restoration, very specialized in business meetings, suffered above all from the incidents on the street. But that was nothing compared to what the closure imposed by the pandemic later meant, sources in the sector explain.

From the pro-independence sensibility, Mònica Roca categorically denies any negative effect derived from 1-O. For the president of the Barcelona Chamber of Commerce, “there was a mere change of business addresses and that has not influenced either GDP or employment. Another thing would be if the decision centers had been moved”. "And in net terms the number of companies has remained stable in Barcelona or even increased, at around 276,000." Of the total number of companies in Spain, the percentage remained stable, close to 18%.

“The fact that Madrid has grown more has nothing to do with the procés. It is explained by our historical fiscal deficit, by the lack of investment in infrastructure, which, far from being corrected, has worsened, to the point that in the last year only 35% of what was budgeted was executed”, argues Roca, who believes that “all these problems will only be solved with a state of its own”.

"We are worse off than in 2017 because since then many companies have fallen, but it cannot be attributed only to the procés, taking into account the damage that the pandemic has done," says Javier Pacheco, secretary general of the Workers' Commissions of Catalonia.