The early harvest progresses with more concerns than joy. 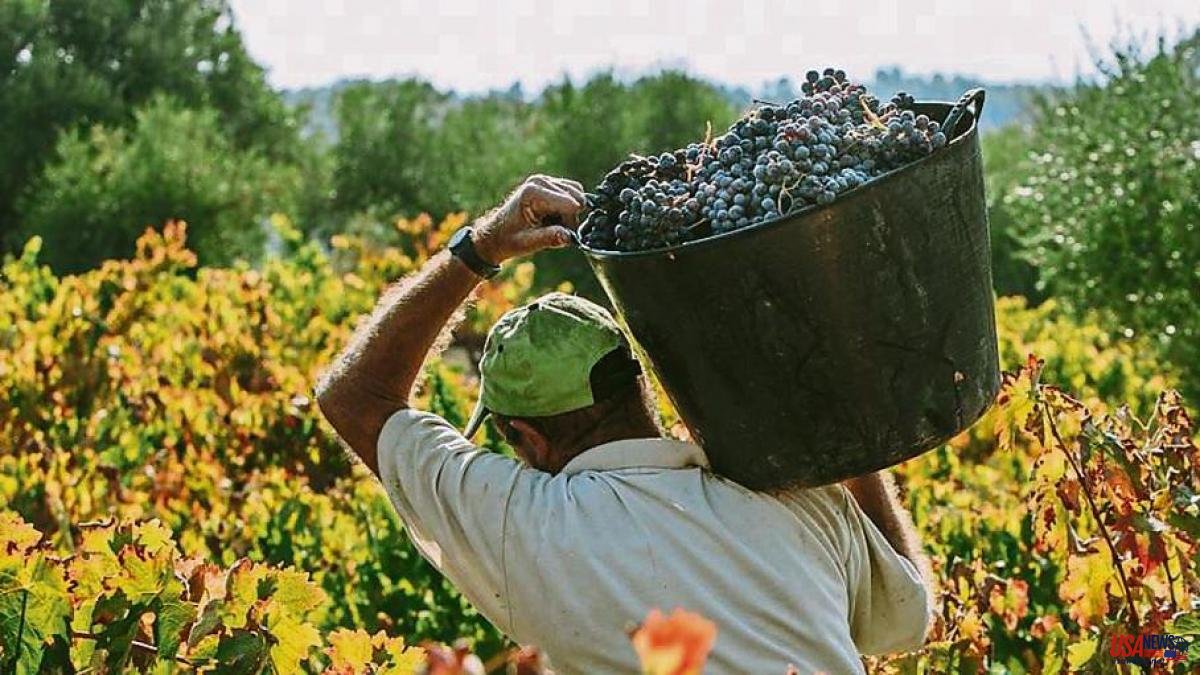 The early harvest progresses with more concerns than joy. The persistent drought and successive heat waves, the action of wildlife or hail have significantly reduced a harvest in Catalonia that, yes, is in good health. The most affected varieties are the white Chardonnay and Macabeo. The most notable falls in production are registered in the Penedès, Pla de Bages, Alt Camp and Empordà, according to the Institut Català de la Vinya i el Vi (Incavi) of the Generalitat. In addition, the increase in prices per kilo of grapes announced this season by the great cavers could be insignificant.

The agricultural union Unió de Pagesos has denounced that there are no market reasons to justify the low prices that the wineries are paying for grapes and wine this campaign, around 0.38 euros per kilo, "because the drought and the high temperatures this summer, which have pushed the harvest forward, will reduce it by between 30% and 40% compared to the average for a normal year." In some areas, they say, the reduction can reach 50%. They also warn that there is a shortage of base wine stock.

Unió de Pagesos recalls that "it must be taken into account that in the last year winegrowers have suffered a significant increase in production costs of 30% on average, especially with regard to diesel for agricultural machinery (higher 70%), fertilizers (50%) and phytosanitary products”. The union warns that while the production costs of the grape varieties destined for cava are between 0.40 euros per kilo (macabeo and xarel lo) and 0.46 (parellada), at the moment the wineries they pay the price of the grape at 0.38 on average.

Despite the upward trend regarding the price of 0.29 euros per kilo in 2020 and 0.31 in 2021, according to data from the Department of Climate Action, Food and Rural Agenda of the Generalitat, the current price at origin still is below production costs. "Prices should be at least 0.50 euros/kilo so that winegrowers could charge above costs," says UP. The person in charge of the vineyard and wine sector of the Joves Agricultors i Ramaders de Catalunya agricultural union, Jaume Domènech, assures that "it is no lie to affirm that the fall in production will be an average of 30%". He also points out that "the prices paid for grapes should be much better than the current ones."

The president of the Associació d'Elaboradors de Cava, Damià Deàs, acknowledges that the harvest is "complicated". He recalls that, in addition to the drought, in many nights the thermometers have not dropped below 20ºC. He places the fall in production in some areas of the wine-growing heart of Catalan cava between 40% and 45%. The president of this association also points out that "we are all selling a lot and now we find that there are few grapes and stocks of a base wine that is rising in price have been significantly reduced."

For his part, the president of the employers' association Associació Vinícola Catalana, Valentí Roqueta, estimates a 20% to 25% drop in production. He acknowledges, however, that in some areas the situation "is taking worrying dimensions".

It is not trivial either the affectation in the vineyards by the wild fauna, very especially by the plague of wild boars, but also of roe deer or rabbits. Wild pigs have come to completely decimate vineyards, as is the case of the nearly two hectares of the historic malvasia vineyard in Sitges de Aiguadolç, owned by Celler de l'Hospital de Sitges.

The director of Incavi, Alba Balcells, recalls that a co-management table has been set up on the effects of wild fauna in the vineyard. The main objective is to more accurately detect damage to farms and provide solutions. It is part of the shock plan endowed with 10 million euros that aims to reduce the populations of wild boar and other wild animals in three years "and the effects and conflicts it produces."