The Spanish tennis player Pablo Carreño, number 23 in the world ranking, won this Saturday a battle of two hours and 59 minutes against the British Daniel Evans, number 39, and qualified for the final of the Montreal tournament, the first of his career in a Masters 1,000. 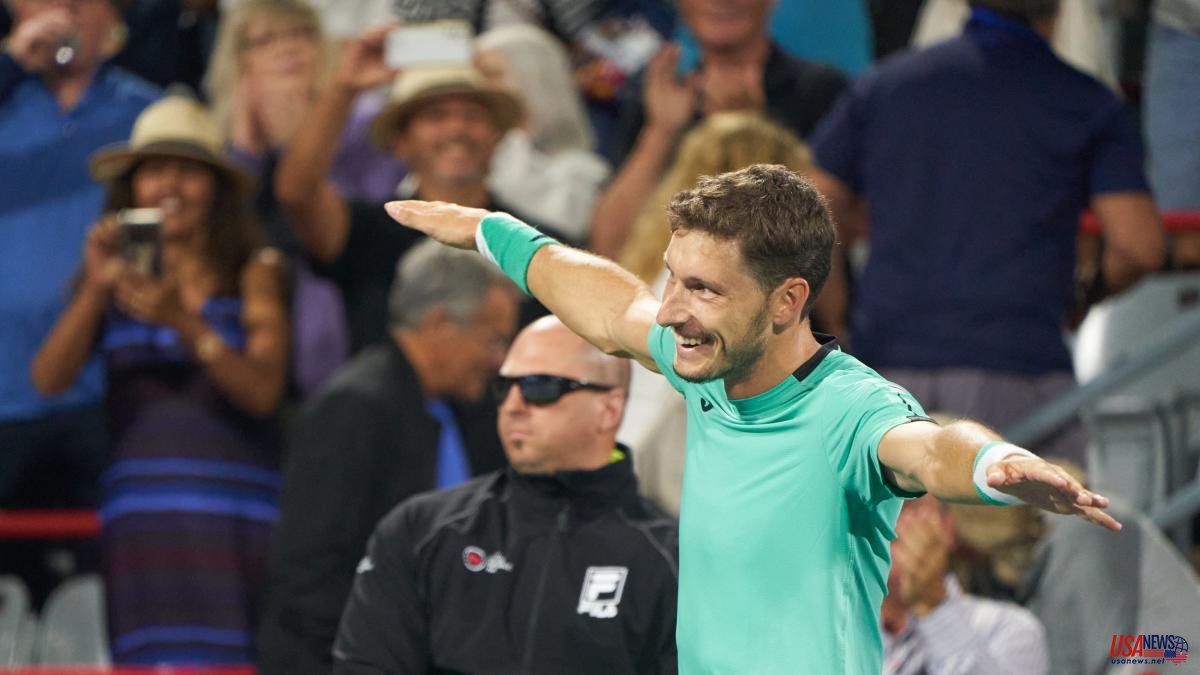 The Spanish tennis player Pablo Carreño, number 23 in the world ranking, won this Saturday a battle of two hours and 59 minutes against the British Daniel Evans, number 39, and qualified for the final of the Montreal tournament, the first of his career in a Masters 1,000.

Carreño triumphed 7-5, 6-7(7) and 6-2 in his first confrontation with Evans, number 39 in the world, after a match of the highest technical level and great intensity.

The Spanish player, born in Gijón in 1991, will fight for the title this Sunday against Pole Hubert Hurkacz, who eliminated Norwegian Casper Ruud.

Carreño is playing excellent tennis and needed his best competitive version to beat an Evans who reached the second semifinal of his career in a Masters 1,000 after Monte Carlo 2021.

Carreño, who had not lost a set in this tournament and had a 97% win rate on his serve, with only one break suffered, had a match point in the second set, but Evans' reaction forced him to stay in the clue fifty more minutes before finding the key to the final.

The one from Gijón delivered his service for the first time when he was going to serve for the first set, but that did not prevent him from taking advantage with a 7-5.

The second moto was one of the most spectacular sights this season, with long, intense, varied stitches. Both players accompanied each point earned with senses 'come on' and 'come on' and Evans escaped 4-1 thanks to a break in the second game.

Carreño managed to recover that break and force a tiebreaker in which he had his first match point with a 6-5 lead, but Evans served forcefully and managed to annul it.

The Briton, pushed by the Canadian public, managed to take the tiebreaker 9-7 and regained momentum in the duel.

The balance and tension was maximum in the decisive set and both players maintained their first two at-bats, before Carreño struck the decisive blow in the match.

He got a break in the sixth game and took a 4-2 lead, which left an emotional touch to an Evans who could not lift his head.

Carreño chained a convincing partial of 16 points to three that gave him the ticket for the grand final with Hurkacz.

The balance between the two is one to one, with Carreño who triumphed last year in Cincinnati and Hurkacz who won in Metz, also last season.