Carmen Machi: "It seems that with the refugees from Ukraine you see more of your own"

It is the story of a woman, of the empty nest syndrome, of the need to replenish life after retirement. 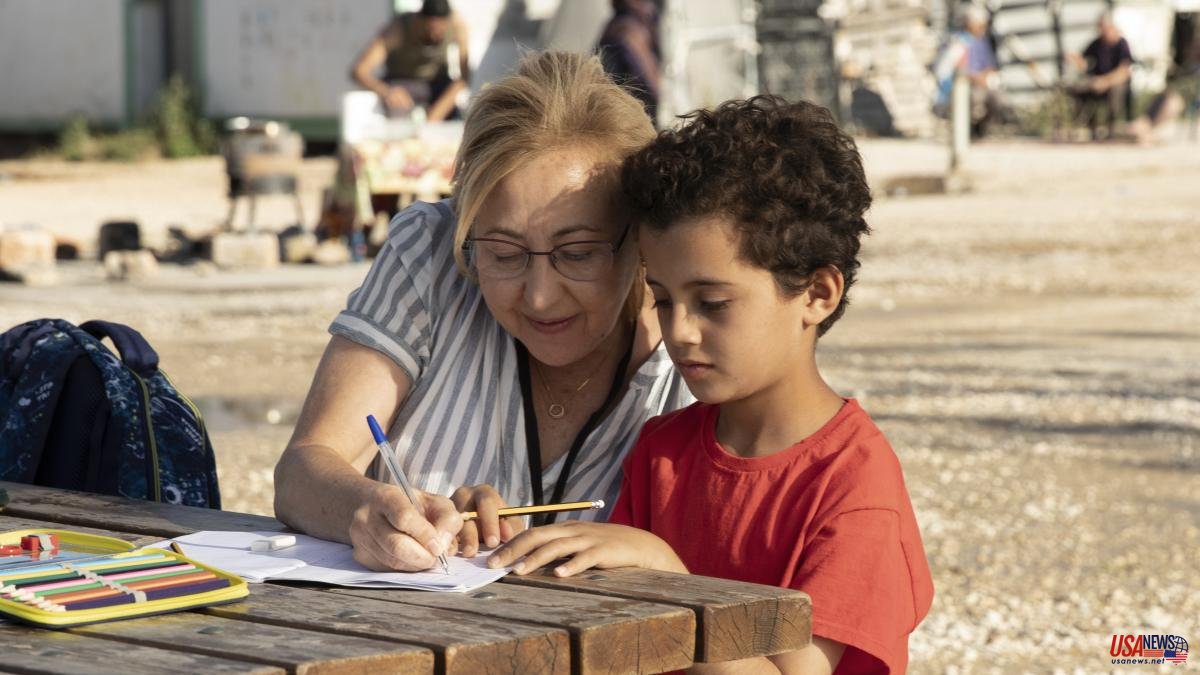 It is the story of a woman, of the empty nest syndrome, of the need to replenish life after retirement. But the film The Volunteer, starring Carmen Machi, and which tells the story of a woman who goes to help a refugee camp –it was shot in a real one, in Greece– and who perhaps also seeks to help herself, can be also read as the history of the West and its relationship with the poor world, to which it instills hopes that are later disappointed, as with the march on Afghanistan that this film by Nely Reguera could evoke.

In Full of Grace, which has just been released, she is a nun who seeks to save an orphanage, now she is in an NGO. Is she ultimately given to others?

A lot of children around me (laughs). In the case of the nun, she is a real, wonderful character, and I hope to live up to her. In the case of The volunteer, she seeks to make sense of her life in a moment of retirement, of almost emptiness, and she considers that there is a place where she will fit in, she can lend an important hand. And there she goes. And then what happens happens.

Can we help to help ourselves?

Marisa lives a crisis of maturity and above all a state of alert about how her life is going to be. I have been a caregiver and I need to care for someone. She doesn't know how the refugee camp she arrives works and she doesn't make any effort to know it but she does what she thinks is fair. There is a powerful force in her, she goes for her goal and forgets the essential, that you go there for others and not to fill your gaps. If you go to do your own therapy we are going wrong. There is something of this, but I am a fan of Marisa, in one part I will always agree with her even if the world falls on me. They don't listen to her either and she can contribute.

What was it like shooting in a real refugee camp?

It was Malakasa, a few kilometers from Athens. The real refugees there couldn't work because they don't have papers. Those who are seen in the film are out of the field, they already have papers and can collect. The real ones were spectators watching how a movie was being shot about them. And it was told by those who lived the same thing in the not too distant past. The boy has lived his whole life in camps, his father was a Syrian police officer who passed through Turkey, his pregnant mother has known nothing else until now, they live in a flat and the father already has papers for Germany. It is a world with many worlds.

Did you feel there that Europe has done enough?

They live on standby, waiting for papers to be able to continue their lives, there are many children, they are very bright, you see how they play, laugh, go to school... there is something very strange, but you have the hope that they can get out of that situation. When we were there, there was a consignment of people who were returning from Germany. Obviously not enough is being done.

The end looks like the abandonment of Afghanistan by the West.

It is the final photo. As it is. Today with everything that happens in Ukraine we see the West and the East reflected. It seems that with the refugees from Ukraine you see more of your own, it is horrible to say it. And the director wanted to tell this, how my character leaves, disappearing through the airport. It's what makes me think the most. You leave for a while and then you return to your homeland.