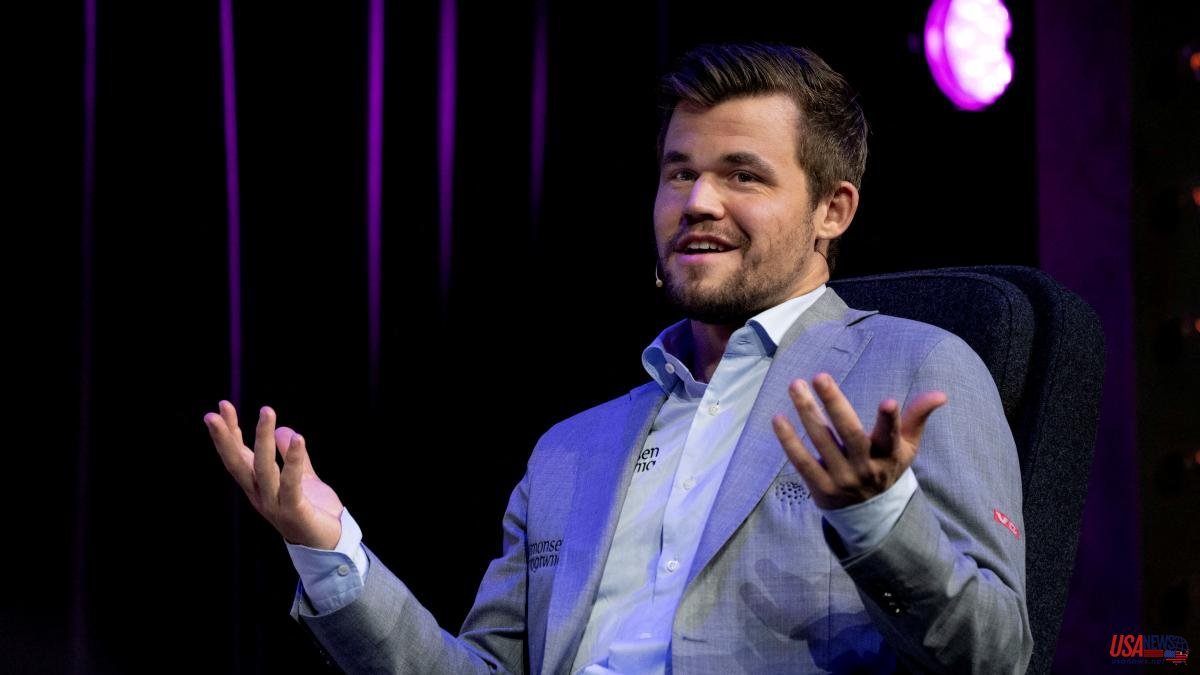 The scandal continues. The Norwegian Magnus Carlsen has said enough. After receiving numerous criticisms, including from the International Chess Federation (FIDE), for his recent withdrawals from the Sinquefield Cup and the Champions Chess Tour, the current world chess champion has definitively attacked the American Hans Niemann, his rival in both games. The best chess player of the last decade assures that Niemann "has cheated more —and more recently— than he has publicly admitted".

Until now Carlsen had limited himself to pointing out his rival through his actions. An accusation without evidence, in addition to disrepute, could lead to charges of defamation. He retired after losing to White in St. Louis in the Sinquefield Cup and later decided not to play him on the Champions Chess Tour after making a move. He gave no further explanation, although everyone interpreted it as an implicit accusation against his rival. He now goes one step further by directly pointing out fraud on the board.

In a letter to his "dear chess world", Carlsen writes: "At the Sinquefield Cup 2022 I made the unprecedented professional decision to withdraw from the tournament after my third round game against Hans Niemann. One week later, during the Champions Chess Tour, I resigned against Hans Niemann after playing only one move. I know that my actions have frustrated many in the chess community. I am frustrated. I want to play chess. I want to continue playing chess at the highest level in the best events." , he adds.

Carlsen believes that "cheating in chess is a huge problem and an existential threat to the game." "I also believe that chess organizers and everyone who cares about the sanctity of the game we love should seriously consider increasing security measures and cheat detection methods on the chessboard," he stresses.

The champion also reveals that he considered not participating in Sant Luis when he learned of the American's participation: "When Niemann was invited to the 2022 Sinquefield Cup at the last minute, I strongly considered the possibility of withdrawing before the tournament. In the end, I opted for play". “I think Niemann has cheated more – and more recently – than he has publicly admitted.” Carlsen went further in explaining why he was suspicious. “His progress on the board has been unusual, and throughout our game in Sinquefield Cup I got the impression that he wasn't tense or even fully focused on the game, in critical positions, as he outplayed me with black in a way that I think only a handful of players can do. That game helped change my perspective." , narrates.

He then refused to play Niemann again. "We have to do something about cheating and for my part I don't want to play against people who have repeatedly cheated in the past because I don't know what they are capable of in the future," he says. "There are more things I would like to say. Unfortunately, I am currently limited in what I can say without Niemann's explicit permission to speak openly. Until now I have only been able to speak with my actions, and those actions have clearly said that I am not willing to play chess with Niemann. I hope that the truth about this matter will come out, whatever it may be, "concludes the Norwegian.

The truth is that in the Carlsen-Niemann case everything is based on an assumption. Experts such as Leontxo García or former players of the stature of Garry Kasparov and Miguel Illescas (eight-time champion of Spain) consider that everything was legitimate during the game.

Carlsen believes otherwise after seeing his opponent play at full speed against a rare variation of the Nimzo-Indian that he had prepared specifically for that game. He also pointed out that Niemann was not tense or seemed to be focused on the game.

The American, number 49 in the world, ended the streak of 53 games without losing to the world champion. "By some kind of miracle, I checked that line today. I don't know why. It's kind of ridiculous, but it was. I don't understand why I looked at it, it's ridiculous," he said. That victory allowed him to overcome the 2,700-point barrier for the first time. "It must be embarrassing for the world champion to lose against an idiot like me," he commented then.

The 19-year-old American starred in episodes of fraud in chess games when he was 12 and 16. Something that many do not forgive him for. It also doesn't help that GM Maxim Dlugy is his trainer, a controversial character with a curious biography.