Carlota Flâneur: "Dedicating myself to music always saw it as something unrealistic"

In November 2020 the ep Brains was released. 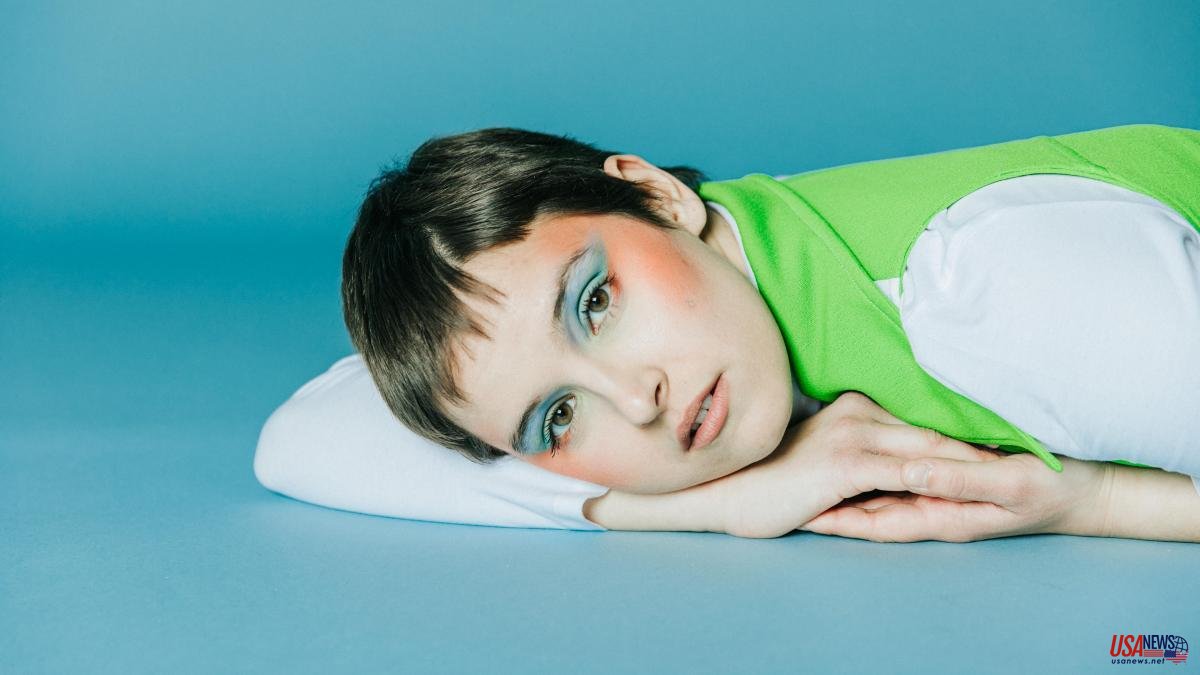 In November 2020 the ep Brains was released. It was signed by Carlota Flâneur, that is to say the artist, singer and composer from Barcelona Carlota Cerrillo. Songs in English soundly dressed with pop in its original state, not by chance produced by Ferran Palau, considered one of the fathers of the so-called metaphysical pop.

Two years later, Flâneur has already shown some credentials to anticipate that his first album, titled Uncertainty and scheduled for September 16, is a solid step forward in his already relevant musical identity. The singles Lungs and Party endorse it.

She has always been a music fan and practitioner; Since she was a little girl, she was already playing the violin and then the guitar, as well as singing. “My dream since I was little has always been to be able to release a record and do this, which I am doing now. What happens is that she had always seen it as something little, very unrealistic. I have a classic academic past, I graduated from another career, Human Biology, which has nothing to do with it”.

But in 2017 it happened that "I was in a band with classmates from high school and suddenly I realized that what I wanted was to do a project alone, because I realized that I wanted to sing about personal issues, I didn't want to make music but to find a way to capture the things that happen to me”.

An admirer of Núria Graham and Pavvla –who also sing in English– she ended up contacting a management agency and the Hidden Track record company, with which she began a very profitable relationship that continues today. And a compositional and interpretive maturity that has also solidified on stage, such as her successful performance at the recent Vida Festival.

Why do you think the record company noticed you?

It is very difficult for me to knock on people's doors, but due to a series of chances and coincidences in February 2020 I coincided with the one who is now my manager and she told me to send her the songs I had. So I did and he told me that he wanted to sign me to his management agency. So I passed her the songs, which are the ones that shaped my first Brains ep and I also told her that I really liked the Hidden Track label. And through her the connection was made, and they told me that they liked my songs a lot but not how they were produced, and they told me that Ferran Palau wanted to produce them. When I heard that my head exploded because I was a big fan of his, I didn't miss any gig he did in Barcelona. And after confinement we recorded that first ep in the summer of 2020 and it came out in the fall of that year.

And between that fall and this coming September, which is when you will release your first album, what has happened artistically?

I feel like I control what I'm doing. It is good for me to have people outside who give me their opinion. The title of the album will be Uncertainty, uncertainty, because I am a person who has a hard time seeing things clearly, which is a virtue but also a drawback. On the other hand, I am in a record label and in a management where I feel listened to and nothing has ever been imposed on me. And I sincerely feel that my managers are getting the best of me, as if from the outside they can see my career better than myself.

In your opinion, what is the best thing about you that they have brought out?

It's not easy to turn something into something you can sell. They have helped me to have an artistic identity, to have an image and to be a product. It is very ugly to say this last word but it is the pure reality because music is consumed, it is a product. And another thing, and it is that lately I think I have dared a lot, in my way of being and dressing, and I experiment a lot.

Has this artistic experience helped the true Carlota to emerge or is it a product of evolution?

Right now I'm very comfortable with myself, with the project, with the video clips, with the image I'm projecting, but I don't feel more authentic than before either. And what is super important for an artist is to feel comfortable with what you are doing, respecting your time.

And for that matter, how would you rate it?

I think that labels are very useful but also dangerous, because human beings are super complex. I do not dare to define myself but I would say that I am a sensitive person, although it sounds obvious, quite an analyst of the things that happen and why they happen, and why I feel that way or not. And inevitably, in the end, human beings talk a lot about relationships, how we feel them of all kinds. And I stop to think about it a lot. And that's what I convey in my songs

When you hear praise that considers you "the new icon of underground pop", what do you think?

Let's see, I love when they throw flowers at me, of course, why not? I would like to get to live from this completely one day but I don't want to believe anything either. In the end, success is so relative, although I also feel that I have come a long way. If they had told me when I went to Núria Graham's concerts that she was going to release an album produced by Ferran Palau and that she was going to play at Vida, I probably wouldn't have believed it. For that, where I am now I am very grateful and happy. Now, it seems to me that it is a bit early to say that I am an icon, but if the girl who said it sees it that way or she predicts it that way because she feels it that way, then super grateful.

To all this, how do your parents see this evolution?

I am very lucky that they are people who respect me a lot and who have never forced me to do anything. And right now my interest is totally in music but my project doesn't generate profits for me yet, and I'm living with them. Without your support I could not be doing this, or maybe in a very different way.

Do you think that it is possible to speak of a feminine musical movement in the Catalan scene?

I don't know, but it's true that my Hidden Track record label bets a lot on female talent, with new names like Iris Deco, María Hein or myself. In my daily music scene, my impression would be yes, but then you see posters for some festivals and you think it's a shame because there are hardly any women present. I would rather say that we are getting closer to something more equitable, and there are more and more people aware that there must be more parity in the cartels.